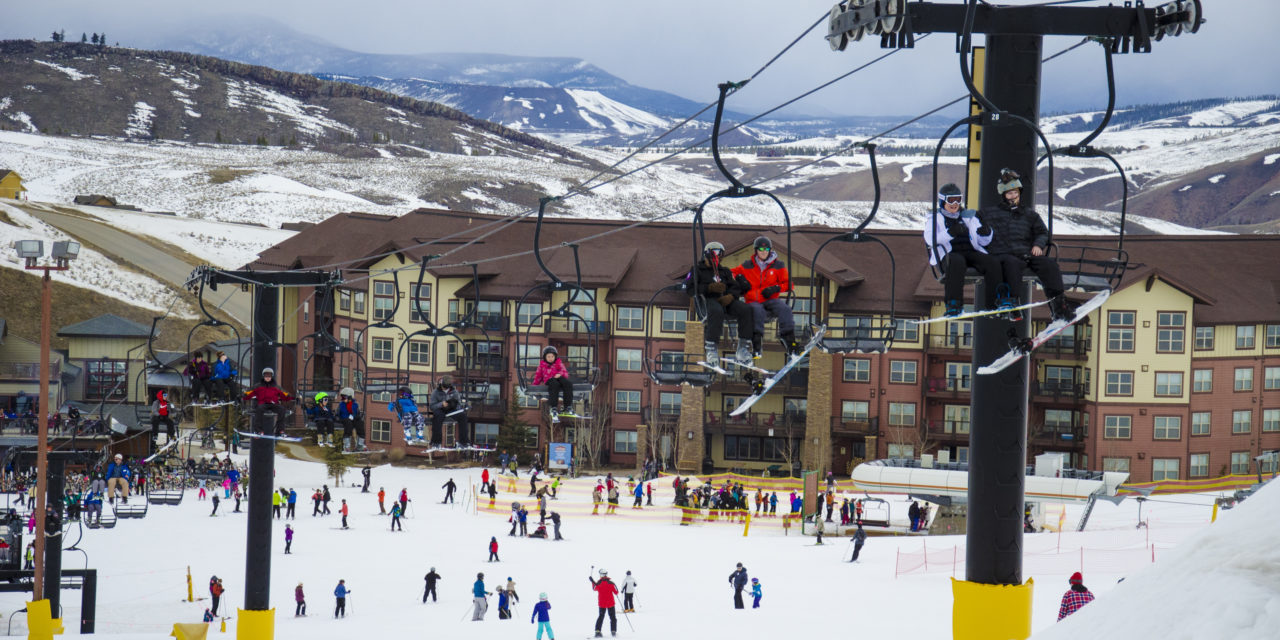 Last week, Granby Ranch and the local homeowners were able to come to an agreement to get snow made and expedite opening of the Kicking Horse quad chairlift this season.

The Kicking Horse lift provides ski-in/ski-out amenities to approximately 200 homeowners at the base of the East Mountain when the chairlift is open. Many of the units are used for short-term rental and the ski-in/ski-out designation is very important to their bookings.

To get the lift open, it takes approximately 300,000 gallons of water to make enough snow to cover the run to the base of the lift. Since the lift area falls outside the resort’s snowmaking infrastructure, it requires the purchase of domestic water from the town of Granby and the rental of additional equipment. It also takes a number of staff to make the snow and operate the lift. There has never been a formal agreement in place between the homeowners and Granby Ranch for Kicking Horse lift operation.

Granby Ranch Chief Operations Officer, Greg Finch, told the Winter Park Times that Granby Ranch had always intended to open the lift, once the main mountain was open and the run had sufficient snow coverage. This is how the lift has been managed since it opened in the early 2000’s. When Granby Ranch met with local homeowners in the fall, they let them know this was their plan. Subsequent to the meeting, homeowners were also offered an option to contribute to the incremental costs of opening the lift sooner.

As a result of last week’s discussion, the homeowners from Tall Timbers subdivision agreed to make a sizeable contribution to the cost of making snow and getting the lift open. The Kicking Horse homeowners group is also considering making a contribution. In turn, Granby Ranch has ordered a new (refurbished) snow gun which will be dedicated to snowmaking on the Kicking Horse lift this season. The refurbished snow gun cost $20,000, by contrast a brand new gun costs closer to $40,000.  “Snowmaking is so vital to our operation it was a good investment.”, said Finch.

Granby Town Manager, Aaron Blair, has also offered Granby Ranch access to town water at the construction water rate of $12.60 per 1,000 gallons. The estimated cost for water will be about $3,000-4,000 depending on the weather and need.

“Mother Nature has blessed us with good temperatures and some early snow and we are working hard to get the mountain open”, said Finch. Once the snow gun arrives, and, as long as the weather cooperates, Granby Ranch will begin the process of making snow in the Kicking Horse lift area.

The homeowners expressed the desire to make this a one-time agreement to offset the cost of the snowmaking operations. Finch explained other similar ‘access lift’ operations across the state are generally subsidised by local HOA’s. The new lift Westin Lift in the town of Avon that links to nearby Beaver Creek Resort, and Vail’s Cascade chairlift are funded primarily by the homeowners living adjacent to the chairlift. said Finch. 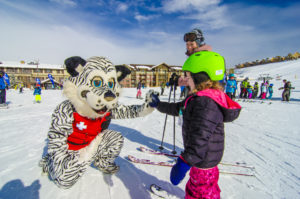 Looking forward, Granby Ranch opens for the 2018-2019 season on December 14th. Finch told us that they have done some remodeling and reorganizing in the cafeteria and the rental shop at the base for better flow and appeal. “Sometimes you just have to try some different things and different approaches”, said Finch.

The Granby Ranch Grill will continue to have a great menu for happy hour and evenings out. The Granby Ranch website will be updated regularly with upcoming events, specials and deals.

Granby Ranch Chief Executive Officer, Melissa Cipriani, told us “the events team has been working tirelessly on a number of new events” for this season. Finch agreed, saying this season, “we are not just turning on the lights for night skiing, we want to make it a celebration”.

Granby Ranch has scheduled 4 nights throughout the season where the mountain will light up with live music, food and s’mores by the fire in a family-friendly, fun environment, and of course, there’ll be skiing and riding, too. “We want to make it a real event people will want to come out for”, said Finch. “We can do things larger resorts cannot do and I am really going to try to take advantage of that at every opportunity.”