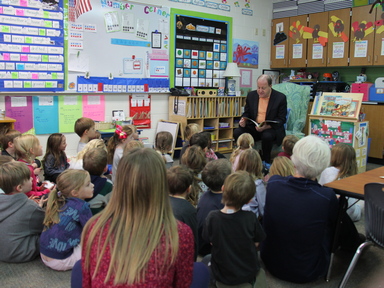 Photo: Governor Jared Polis reads to the Fraser Elementary kindergarten class this week in his visit to the Fraser Valley.    Photos by Michael Turner

Education was a major focal point of Governor Jared Polis’ campaign. He promised to fund full-day kindergarten and preschool, as well as strengthen early childhood support across the state. 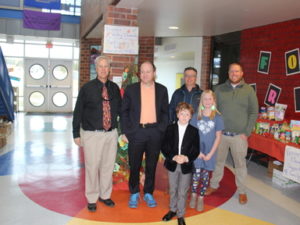 Polis, a former State Board of Education member and founder of two charter school networks, has worked hard to fulfill his campaign promise.

“Our students are the best investment we can make for our country and our future economic prosperity,” said Polis. “It’s in our best interest to ensure they’re receiving the best education possible and maximizing their potential.”

The Joint Budget Committee took Polis’ recommendation under consideration and carved out $185 million to fund full-day kindergarten — about $42 million less than what he asked for.  The six-person committee concluded that not every family would choose to put their kids in full-day programs because many families enjoy the flexibility of half-day options.

Rather than put a $42 million surplus into the education budget, where it would have to stay, the Joint Budget Committee moved to put it in the general fund.

FVES Principal James Chamberlin said East Grand School District has been offering full-day kindergarten for several years, but the new initiative introduced additional funds to help balance the budget. “We were subsidizing half the day by dipping into the general funds because we realize the importance of a full day kindergarten program,” said Chamberlin.

“Reading opens the door to a child’s early academic success, and numerous studies have shown that strong oral language skills are the basis for literacy development.” Chamberlin explains, when children learn to read at an early age, they have greater general knowledge, expand their vocabulary, have improved attention spans and better concentration. Studies show they become more productive members of society. 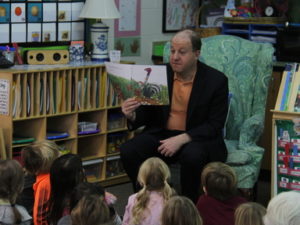 Student council members’ Hawkins and Cramer led the Governor on a tour of the school showing him several projects they’ve been working on including a Mountain Family Center (MFC) food drive and a fresh fruit stand that kids in need can grab and go.  Patty Finnigan, fourth grade teacher at FVES, said, “The kids set a goal of reaching 650 items for MFC and they blew past the goal and have collected 1019 items, earning the entire school a pajama day.”

Finnigan said they started the FVES student council to help kids develop the basics of leadership skills, expanded language and public speaking. The council has taken on a couple of significant projects already and have more in the works for next semester.

As part of the governors visit, the student council duo presented Polis with a S.O.A.R. slip and bracelet to thank him for his educational work. S.O.A.R. stands for safety, ownership, acceptance and responsibility.