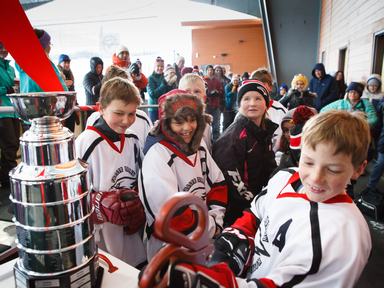 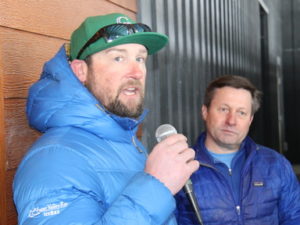 Fraser Valley Metropolitan Recreation District (FVMRD) held an official ribbon cutting last weekend for The Icebox facility in Fraser.  After many years of planning, envisioning and fundraising, the FVMRD has cause to celebrate. The ice rink is operational and set to extend the skating season well into April.

On Saturday morning last weekend,the Fraser Valley Eagles skated to a 4 to 1 loss against the Lafayette Locomotives. Steve Waldorf coach for the hometown team said, “Our guys skated hard and played a great game. Lafayette had some big guys and it was tough to score on them.”   The Fraser Valley Eagles are one of the Youth Hockey League teams that call The Icebox their home ice.

Immediately following the game parents,contributors, board members, spectators and staff gathered for the official ribbon cutting.  Scott Ledin, Fraser Valley Metropolitan Rec District Director of Parks, Recreation & Golf started by thanking everyone involved in the project dating back to 2010.

FVMRD staff had a Stanley Cup Replica fashioned with everyone that has contributed to the project over the years. Ledin said, “We wanted to have a piece of memorabilia that commemorates all the hard the work that went into this project.” The cup will be encased in plexiglass and on display in the lobby of the facility. 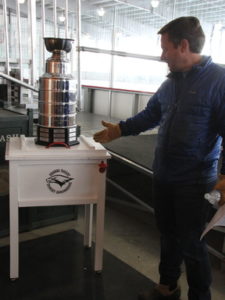 Local fund-raising efforts, private donors and individual contributions set the stage for the project. Several organizations stepped up, including the Fraser Valley Hockey Association, Colorado Amateur Hockey Association and Grand Foundation to help bring it all together. Ledin said, “The community has rallied around this project from the beginning and it has finally come together”, adding, “we are very proud of the facility and the work that went into this collaborative effort.”

The new facility cost approximately $700,000 according to Ledin, A final report is in the works with a complete budget outline of all contributions and expenditures. Ledin said, “Securing the additional funding has really been a grassroots community effort”.  The FVMRD initially committed $100,000 in 2016 to the project which leveraged several smaller grants to start the ball rolling. The town of Winter Park really set the stage by committing $90,000 to the project in 2017, and that, along with $25,000 from the town of Fraser and $35,000 from Grand County, Ledin stated, Those funds allowed us to bolster our DOLA (Colorado Department of Local Affairs) grant leveraging $200,000.

The new refrigeration system for the facility will extend the season 8-12 weeks and create stable ice throughout the winter, even in the warmest periods. Ledin said, “The system is designed to be able to provide solid ice twelve months a year, but the energy requirements for the summer season would be costly. “One day, the facility may have support for a year-round ice program, but for now, the facility is scheduled to operate from mid-October through April. We would like to mirror the ski area season and maybe open a little early each fall, before the ski lifts start turning.”

The Icebox, a premiere mountain facility is quickly earning a reputation as one of the great venues for competitive hockey athletes and skate enthusiasts. 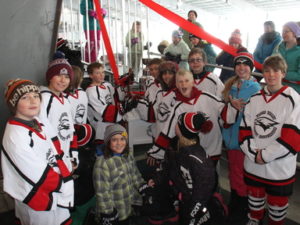 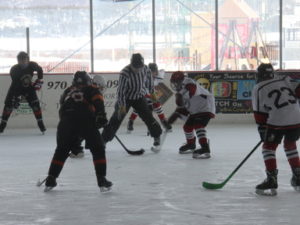 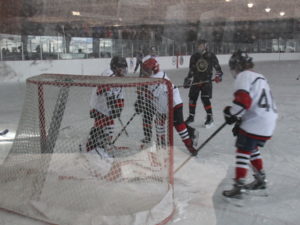