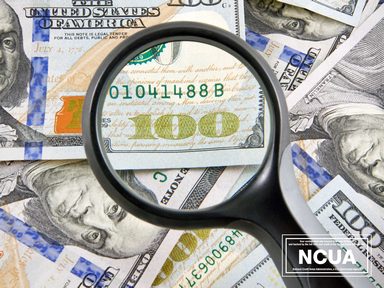 On March 29, 2021, Fraser Winter Park Police Officers were notified by two local banks that they were in receipt of numerous counterfeit $100 bills that had been taken in by local businesses the previous weekend. Bank employees informed officers that the businesses had turned in the counterfeit bills as part of their regular cash deposits.

On March 30, 2021, Officers responded to the Fraser Quick Stop after the owner reported that a suspect had attempted to purchase fuel with a counterfeit $100 bill on March 26th. The owner refused the bill, and the suspect paid for his fuel with other cash. The store then provided officers with video footage of the suspect and his vehicle, which was a Brown 2000 Ford Pick-up truck with paint damage to the hood and the roof of the vehicle.

At approximately 5:40 pm on March 30th, Officers Kandace Padilla and Tyler Kupser were driving in the area of Railroad Avenue in Fraser and spotted the suspect vehicle near the Fraser Car Wash. They initiated contact with the driver and recognized that he was wearing some of the same clothing seen in the video footage. While the suspect provided the officers with a fictitious name, he was subsequently identified by his associates as Ronald Fleagle, Age 45 of Denver. Fleagle was taken into custody and transported to the Grand County Jail where he was booked for investigation of numerous counts of Forgery and other related charges. A search of the vehicle Fleagle was driving revealed several additional counterfeit bills, as well as other associated evidence.

As part of the investigation, officers were led to the Twin Rivers Condominiums in Fraser where a motorcycle with fictitious plates that Fleagle had been in possession of was found. The motorcycle was impounded pending determination of whether it is stolen or not. Several of Fleagle’s associates also were contacted at that location.

Two of them, Clifford Johnson, Age 42 of Denver, and Leslie Leishman, Age 42 of Fort Lupton, were both taken into custody for outstanding warrants out of Denver and Jefferson County. The charges against Fleagle are only accusations. All suspects are presumed innocent until found guilty in a court of law.

The Police Department is advising businesses to always use caution when taking in cash that are in denominations of $50 or $100 bills. Inexpensive dri mark counterfeit bill pens can easily be found on-line or in office supply stores, as can other more sophisticated detection devices.

Suspects involved in counterfeit operations typically will pay for small purchases with fake bills, receiving actual cash as change, and effectively launder the fraudulent bill at a loss to the business. If you believe that you received counterfeit bills in your business between March 21 and 30, and have photos or video surveillance of the suspect, please contact the Fraser Winter Park Police Department at 970-722-7779.