The use of drone technology has been steadily expanding across commercial, scientific and recreational fields, with the use of unmanned aerial vehicles (UAV) ranging from aerial photography, surveying, search & rescue operations and surveillance.

Drones are lightweight, low-cost, require little training to operate, and, from an environmental perspective, they use no fuel, so it’s easy to see why drones have rapidly swarmed into the mainstream markets.

But what does all of this mean for the environment? Could drones be used to support low-carbon, resource-efficient business models? A number of different studies have been performed which have demonstrated the positive impact UAVs could have on our planet.

They’re ideal for mapping – hovering at a height of 500-600 feet, the potential issue of cloud cover obscuring the ground is virtually eliminated. A drone can provide crystal-clear images of a tropical rainforest or conserved wetland any day of the year.

UAVs can also carry meteorological equipment like wind gauges, thermometers, humidity and pressure sensors to collect climate data from regions around the world. Renewable energy companies can now use small drones to send back real-time videos of power cables; 3D images of turbine blades, and even HD live video of hydro-electric dam walls, to inspect for damage at minimal environmental and monetary cost.

UAVs are increasingly being used to assess, prevent and even combat environmental disasters.

They’re also a great tool for monitoring a species’ population and determining its range. They’re being used to monitor endangered species, and, have also been used to track poachers and illegal loggers.

Drones are gradually replacing more gas-guzzling machines on farms and agricultural land. UAVs can become precision agricultural instruments, spraying plants in a way that reduces fertilizer use by 20% – conserving an important hydrocarbon-infused resource, and protecting the environment from pollution in the process.

The approval from the Government to lift flying restrictions for unmanned delivery aircraft was another major turning point. As a result, retailer Amazon is now working toward initiating a fleet of drones to deliver small packages directly to shoppers within 30 minutes. 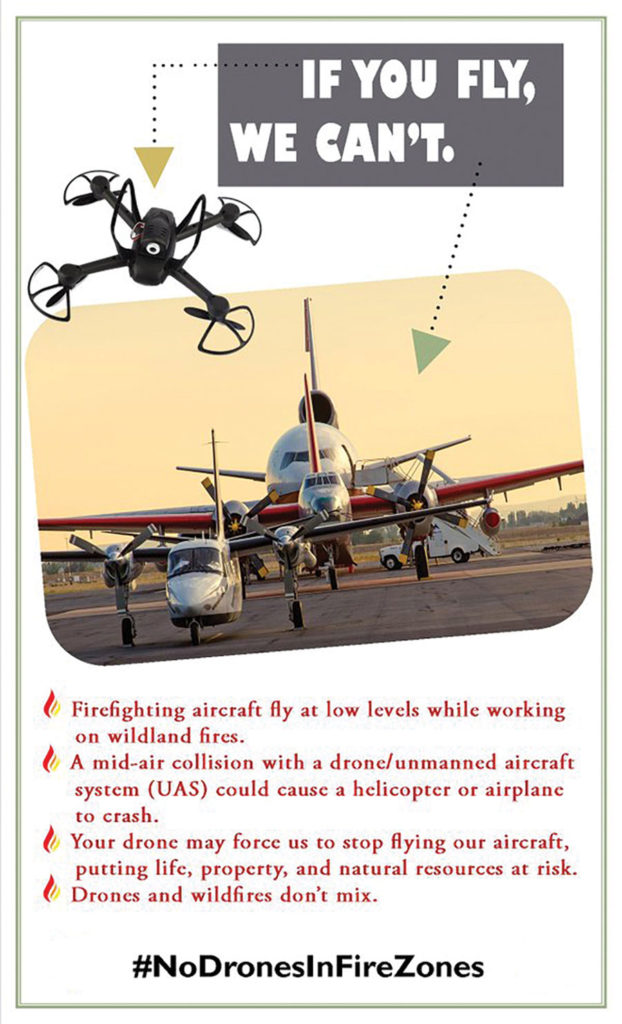 On the down side, you see them everywhere and, occasionally disrupting an otherwise peaceful, natural setting.  If you didn’t see the small unmanned craft, you’d think someone was operating a weed-whacker nearby.

The recent Lightner Fire in Durango had to halt responding firefighting aircraft operations because an unauthorized drone flew into the fire zone.  As a result, the firefighting aircraft were ordered to evacuate and dump their loads of retardant at high altitude.  Authorities are still searching for the drone pilot who violated the restricted airspace and endangered aircrews.

Opinion seems to be split between those that are excited by the concept and those that are horrified at the thought of flying robots and the potential privacy implications. Whatever your thoughts are regarding UAVs, it’s apparent that they’re here to stay and will become further ingrained in day to day operations as new uses are discovered.

Did you recently purchase a drone? This week, READYColorado readycolorado.com is partnering with the Federal Aviation Administration to educate and inform you how to fly it safely. The FIRST thing you need to do before take off is to register your drone at faa.gov/uas.