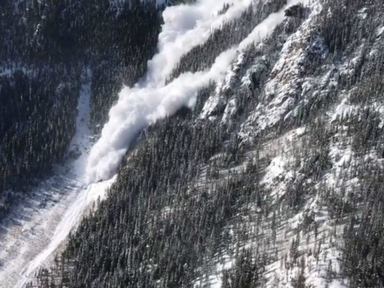 “Historic” avalanche conditions are being experienced throughout the state as dramatic dashboard cams and cell phones capture amazing clips of avalanches along Interstate 70 between Frisco and Copper Mountain last week.

The white clouds of death have stoked anxiety among Coloradans about the safety of the state’s  roadways sitting beneath avalanche chutes. Some experts say the slides are the result of historic conditions that have been setting off avalanches in areas that haven’t released this much snow in decades.

According to the Colorado Avalanche Information Center (CAIC), the recent storm cycles have stressed weak layers buried deep in a statewide snowpack, a snowpack measuring well over 100 percent of average in most areas of the high country, creating an avalanche cycle that experts have not seen in years. Even lifetimes.

“It’s not just one storm that does it. It’s the straw that breaks the camel’s back,” said a weary Ethan Greene, who as director of the Colorado Avalanche Information Center guides a team of 18 forecasters across the state who advise the Colorado Department of Transportation and backcountry travelers about avalanche risks.

Take the Disney chute above Empire. The last time it slid onto U.S. Highway 40, the avalanche path had a different name but snow piled onto Hwy 40 on Berthoud Pass while crews performed avalanche mitigation operations — the first time snow from an avalanche reached that far since 1957, when the path earned the name “Disney slide.”

Berthoud Pass, which provides a route from I-70 to Winter Park and Grand County, was closed at the time and crews removed the snow within a few hours.

The last time the snow reached the highway, the path was called the “Dam slide,” according to a Clear Creek County historical document. According to the record it was 1957 when the Walt Disney movie company approached the Colorado Highway Department about filming an avalanche for a documentary.

Two filmmakers, who were contracted by Disney to create a documentary on avalanches wanted to capture one in action. They chose the basin on the east side of Berthoud Pass because slides there never reached the road.  On April 8, 1957 after a series of storms they decided the timing was right to capture mother nature’s fury.

But with 79 inches of snow in the previous week, the controlled slide went huge, and freelance photographer John Hermann, as well as Highway Department Supervisor Wayne Whitlock, were killed while filming.  Hermann’s assistant, Roland Wyatt, was also buried but was able to dig his way out and suffered only minor cuts and bruises.

When the Colorado Highway Department triggered the avalanche that day, it released a monster slide, something locals warned the filmmakers and highway workers could happen.

The air blast alone snapped large trees, launching them up to 200 feet in the air. A powder cloud was estimated at several hundred feet high.

Hermann and Whitlock had set up their cameras on the highway, directly in the avalanche’s path. When the snow came, both were buried under several hundred feet and killed.

Wyatt had positioned himself on the outside of the path. After the incident, the path’s name changed to the “Disney slide.”

On Tuesday, officials dropped explosives into the massive basin, its summit more than 6,000 feet away from the roadway and, for the first time since that fateful day in 1957, sliding filled the basin and buried the highway.   See the helicopter video clip on our homepage at winterparktimes.com

According to latest CAIC forecasts, the avalanche danger remains considerable to high in most areas of the Colorado Rockies.  Backcountry travel can be hazardous and always “Know before you go.” https://avalanche.state.co.us/