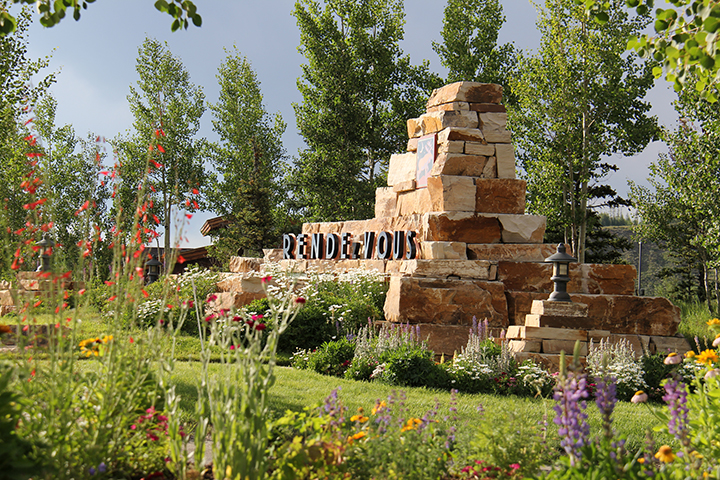 With the ubiquity of the internet has come the increased ability for individuals to find and directly negotiate almost anything with anyone at anytime. Individuals and companies have capitalized on this trend and, now, one can rent a ride from their neighbor through Uber or Lyft, rent a personal car that would otherwise be garaged via RelayRides, or rent a family’s empty room or house through such online platforms as VRBO or AirBnB. These arrangements can provide extra income for the owner and, usually, cheaper goods for the renter. The result has been the emergence (or reemergence) of an entire socio-economic system based on the sharing of goods and services, both physical and intellectual– a “sharing economy.” And like all things having to do with economics, there comes a point when regulation is explored and/or introduced.

In recent years, attempts by local, state, and national governments to regulate the various manifestations of this sharing economy have become more frequent. This year those conversations came to Grand County with a growing concern about the treatment of short-term rentals (STRs). And on May 23, following months of discussion, committee meetings, and debated solutions, the Grand County Board of County Commissioners (BOCC) voted unanimously to adopt significantly-changed short-term rental regulations for unincorporated Grand County.

A Seed Takes Root
In December of last year, at a Colorado Counties, Inc. conference for local government officials, newly-elected District 1 Commissioner Rich Cimino attended several workshops on short-term rentals. His interest was piqued, due to the tourist-based economy of Grand County and the revenue already brought into county coffers through tourist-generated sales and lodging taxes.

Cimino recognized that, although short-term rentals are unconventional businesses operated in private residential properties rather than commercial districts, they are businesses nonetheless and should be paying property, lodging, and sales tax. “Grand County has an infrastructure demand,” he said, “created by both residents and tourists. While short-term rentals are important in attracting more visitors, we must bring everyone into the system to be able to meet that demand for ongoing infrastructure maintenance and improvement.”

The Grand County Tourism Board had a similar and previous interest in the topic. The Tourism Board is funded by lodging taxes and wanted to “rev up the idea of regulation,” according to director Dede Faye, “in order to equal the playing field with traditional lodging companies and to ensure greater control over the guest experience in Grand County.” For while short-term rentals were supposed to be registered with the County and collecting appropriate taxes, the general feeling was that this was not the case.

A Gaping Gap
So in February, the Tourism Board contracted with MUNIRevs, a vacation rental audit service, to conduct a review of advertised STRs in Grand County.

The result of the $2,500 survey was an evident discrepancy between advertised STRs and properly-registered STRs. Looking only at advertised vacation rentals on VRBO.com, 1,743 Grand County listings were found, as compared to the 342 registered businesses. And while the survey counted all of Grand, including rentals within area municipalities, it was an impressive difference. An additional cursory glance at AirBnB.com highlights the disparity even more. Search results offer the user over 300 listings each in Winter Park, Fraser, Tabernash and Granby, with over 100 more between Kremmling and Grand Lake.

With the information before the BOCC and a presentation by Host Compliance LLC, a national company that provides municipalities such as Denver with short-term rental “compliance monitoring and enforcement solutions,” an ad hoc committee was formed with government and community members to explore and offer recommendations on updated STR regulations. The committee met three times in March and input was taken from the community. Initial recommendations included changing the registration to a permitting process and creating a schedule of fines for violations of the regulation. Two options for permitting fees were considered, including a proposed flat-fee of $250 and a tiered schedule based on the number of rooms rented, for $100, $300, and $500 for one, two, and more bedrooms. Fines were suggested to work on a “three-strike” rule with subsequent $500, $1,000, and $1,500 amends for such offenses as on-street parking, garbage accumulation and noise-violations. Public workshops and hearings were held by the Planning Commission and there were mixed feelings on the initiative.

The Winter Park & Fraser Chamber sent an email to members stating that, “After review of the proposed plan before the Planning Commission, the Chamber, it’s Board of Directors and their Advisory Committee (…) does not believe there is a need for new regulations. (…) We believe the existing proposal continues to set our community up as an ‘anti-business’ community.”

Area realtors and property managers were represented on the ad hoc committee, giving reserved support for the project. Robert Blay of Stay Winter Park and the Tourism Board explained benefits to property managers and their owners as “a leveled playing field. All vacations rentals will be required to pay state sales and Grand County lodging taxes that we have always paid.” And Ralph Townsend of Grand Mountain Rentals in Grand Lake told the BOCC of his agreement of regulation, saying short-term rentals “tax the county and can give everyone a bad reputation.” But he continued with the concern that homeowners weren’t making as much as was possibly perceived. “Some homeowners only make $4,000, $5,000 a year,” he said, and that second home owners often “can’t afford the home without rentals.” He worried that they may not rent if fees became unreasonable.

Neighbors of STRs were generally in favor of the regulations, citing quality of life and safety concerns that have arisen in their neighborhoods now that they “house” businesses and usage is contrary to the traditional intention of a residential area. Numerous full-time residents contacted the BOCC, such as Earle and Ivy Howard of Grand Lake who wrote, “It has been our experience that short-term rentals are ruinous to the quality of life in our (residentially zoned) neighborhood. We have personally experienced 6.5 years of the fallout that came from STRs. It is our opinion that STRs are business ventures, plain and simple and MUST be regulated. Others such as Avis Gray cited ongoing fire and traffic dangers and rising home insurance concerns, due to the behaviors of those who are not permanent invested residents of the area. 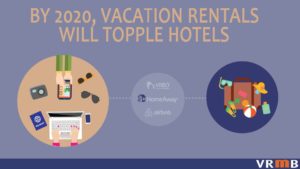 A Revision
Finally, a revised proposal was heard by the Planning Commission on May 10. The recommendation was endorsed with a single opposing vote, wherein Marcy Monnahan of District III cited a desire to avoid government expansion. The recommendation passed to the BOCC, who approved a modified Resolution 2017-5-23 on May 23.

Highlights of the passed regulation, which was enacted immediately on May 24, include a simplified process whereby a permit will be granted upon online or in-person application and the payment of an annual $150 fee. Very clear is the mandate for STR homeowners to have a Colorado sales tax license and that all County sales and lodging taxes be paid. Each property is required to have a named 24-hour contact residing within the county and with the ability to respond to the property within an hour or less.

All parking is to be clearly designated and no on-street parking is permitted. Garbage must be properly stored and disposed of, including the use of bear-proof containers for trash kept outdoors. All safety precautions must be followed, including operable smoke alarms, fire extinguishers and carbon monoxide alarms. Physical address and other documents related to the permit and licensing, regulations, and 24-hour contact must be prominently posted. State noise and disorderly conduct restrictions must be observed, with quiet times between 7:00 p.m. to 7:00 a.m. Motor homes, campers, tents, et cetera may not be rented under the permit. A reasonable maximum occupancy must be included in the permit application and no property may be advertised or rented for more occupants than listed in the permit. In response to concerns that they would place different restrictions on STR owners than primary residents, the BOCC rejected suggestions of a more narrow occupancy regulation as well as suggested restrictions on snow storage and lighting.

Fines and Penalties
In response to violations, the County will issue an initial warning for first-time infractions, with a $500 and $1,000 fine for the second and third. Homeowners will have 10 days in which to remedy each breach. Fourth-time violations will move the homeowner toward a revocation of their permit by the County Manager, to be appealed to and decided on by the BOCC. That revocation is currently set for a 90-day period, whereupon a new application could be submitted. Violations may be reported by community members or by a third-party compliance agency to be contracted by the County. A current RFP for that third-party will close June 15, with a contract decision to be taken at the regular BOCC meeting, June 20th.

Community Response
Initial stakeholder response to the final resolution continues to be varied. Winter Park & Fraser Chamber Director Catherine Ross recognized the hard work that had gone into the ultimate regulation and offered to sit on any boards to help with implementation. Property manager Blay echoed her sentiment. “We want guests to have a positive experience during their visit to Grand County,” he said. “Finally, true bad actors, of which I think there are very few, can be shut down through a due process system that is well-defined in the new regulation.” They and others continue to have questions about the cost and necessity of contracting a third-party agency for the monitoring and enforcement of the new regulations.

Greene reflects neighbor satisfaction with the regulation as “a balance between neighborhood concerns and STR landlords.” He specifically names regulations on garbage, parking, and noise as being welcome in addressing permanent resident experiences. He would like to see future solutions for the still conflicting desires of private road owners and County-allowed activities.

Commissioner Cimino, as originator of the County STR Initiative, says that he is “very satisfied with the final policy.” He reports that preliminary analysis on budgetary impacts estimate that increased annual revenue could be over $500,000 from lodging tax and between $200,000 and $400,000 from sales tax. He does recognize that a concern continues about the regulation design being more fitting for second home owners and not necessarily those primary residents who are renting space within their home.

This last worry is a large one for Tabernash resident Kathy Gilbertson, whose voice seems to have been underrepresented in a process that has involved mainly government and lodging professionals. As a licensed and registered short-term rental operator, Kathy was one of the first AirBnB hosts in Grand County and now enjoys “SuperHost” status, a reflection of consistently high reviews and service. For her, the implemented changes have increased concerns (and costs), rather than relieving them.

“The new regulations do not consider someone renting rooms in their primary residence,” she says. “I offer a service to people from all over the world. Some families and females feel safer in my home than in resort offerings, or they want to feel more like a ‘local’ and stay in a real neighborhood. Grand County has imposed restrictions, rules, hardships and some downright silly regulations when applied towards my home-based small business. I am not a vacation rental company. I am an empty-nester renting rooms in my home while I am here to oversee.”

For now, the matter is resolved if not rested. The resolution approved by the BOCC includes an annual review of the regulations in order to adjust to anything that is not fitting correctly. Cimino allows for possible earlier modifications and is, in fact, “pleased that the program is starting in time for the summer tourist season, so that any major issues may potentially be identified and addressed before the busier winter season.” To read the resolution itself, apply for a STR permit, read tips on being a good neighbor, or learn how to report a concern or violation go to co.grand.co.us/849/Short-Term-Rentals or contact the Short Term Rental administrator at 970-725-3767 and shorttermrental@co.grand.co.us.