County paving projects back on track this weekend 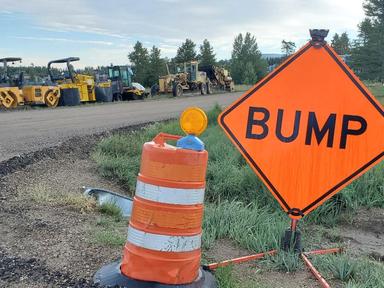 Quality roads are important to every economy. They are key to any dependable transportation infrastructure. Paying for asphalt is expensive and the County has made significant investments in our roadways in the last few years.  At 8000ft to 9000ft above sea level, Mother Nature adds a secondary dimension of wear and tear on the road system in the form of ice and snow, playing a role in Grand County’s Road and Bridge maintenance budget.

At the April 23rd Board of County Commissioners’ (BOCC) meeting, Road & Bridge Superintendent, Chris Baer, presented the commissioners with a bid for acceptance from United Companies of Grand Junction to complete this year’s project list.

As part of the plan, Baer, told the commissioners the 2019 plan would involve pulverizing the existing asphalt and mixing it with new material, which reduces the amount of new asphalt needed for each section. According to several studies done by the Colorado Department of Transportation (CDOT), recycling roadbeds is an important component in management plans and can reduce overall repaving costs by as much as 30%. 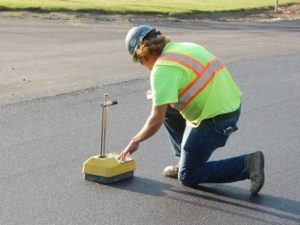 To insure quality and road base standards are met, independent contractors are hired to test the density of asphalt and retrieve core samples to provide asphalt content, gradation and density.  The road surface and material is tested using nuclear density testing gages to insure strength and durability. Baer said, “It is important that core samples adhere to guidelines or the asphalt could fail prematurely and ultimately cost the taxpayer’s more money.”

This summer, when CR 53 tests came back pointing to sub par material, Baer made the decision to stop work on the project and evaluate the product and find a solution with the contractor before moving forward. Baer said, “When we did the tests on CR 53, we felt it was important to stop and regroup so we get it right.” He added, “United has done a good job resolving the mix issues and is ready to move forward again.”

Kate McIntire, Grand County Manager, said, “We are investing a significant amount of money in these roads and we want them to stand the test of time. Ultimately, the county wants to work with local companies as much as possible, but we have standards and a responsibility to the community and are working collaboratively with our partners to get it right.”

McIntire said, “We know the delay has been an inconvenience, but United is set to start up this weekend and has put together a schedule to finish the project in the next few weeks.”

Spokesman for United said, “We are committed to quality products and workmanship, honesty and integrity and we have put together an aggressive work schedule to finish this work as soon as possible.”

Baer said the company plans to mill County Road 53 on Friday and Saturday, then start paving again the first of next week. “United wants to complete CR 53 by the end of August, then work on the other roadways on the list.” The finish work and fill along the edges is expected to be complete by late September. 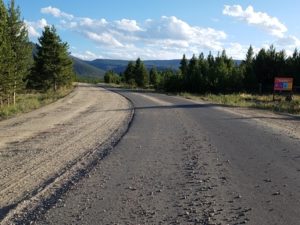 It’s been said that “beauty is only skin deep”. It’s even true in the construction industry, where what is underneath is more important than how good the job may look on the outside. “The real question you should be asking yourself is this: Will it stand the test of time?”