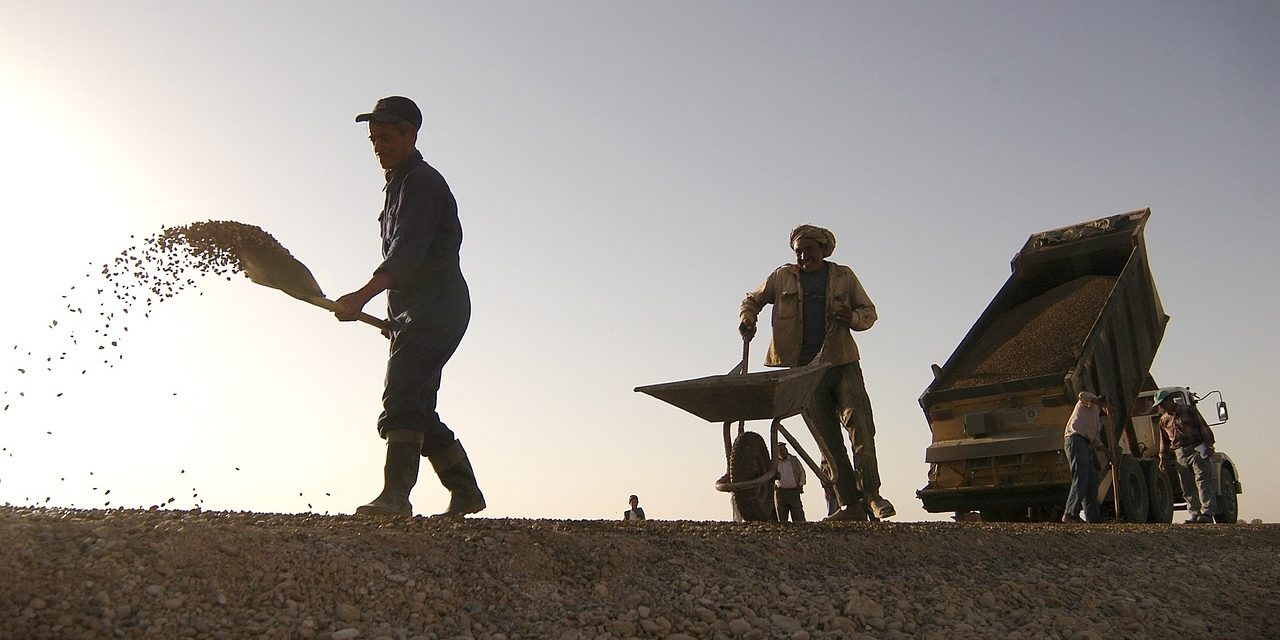 At Tuesday’s Board of County Commissioners (BOCC) meeting, Road & Bridge Superintendent, Chris Baer, presented the commissioners with the the department’s asphalt plans for 2019 as well as future asphalt projects anticipated through 2033.

Baer first reviewed the county roads that had been completed in 2018, which included the asphalt project on County Road 5. Baer noted the county had received significant discounts in pricing due to the volume of materials purchased to complete the asphalt overlay and chip seal projects.

Baer told the commissioners the plans would involve pulverizing the existing asphalt and mixing it with new material, which reduces the amount of new asphalt needed for each section. The projects will also address any drainage and ditch issues found within each stretch of roadway.

The commissioners discussed the project proposed for CR 53, which is the road that leads into Snow Mountain Ranch. The estimated project cost of $507,733 to pulverize and re-asphalt the stretch of road into a predominantly private property did not sit well with the commissioners.

Baer told the commissioners the last time the road had been paved was over 31 years ago, in 1987. “We wanted to make sure conditions don’t deteriorate to where they’re dangerous”, Baer explained. Road damage affects the way people drive, swerving to avoid potholes and other road damage causes erratic and dangerous driving behavior. Baer also emphasised the safety issue for R&B operators who are filling potholes and repairing the shoulder edges that are coming unraveled. “We’re trying to piece this thing together”, said Baer.

A 2013 traffic study reflected that CR 53 has seasonal fluctuations in traffic volume, recording 1400 cars per day in summer and a little over 300 per day in May. Baer confirmed the county maintains the road from US 40 to the forest service gate, about 3 miles.

Commissioner Linke asked Baer what the cost would be to bring the road back to gravel. Baer stated it could be between $30,000-40,000, with a contractor pulverizing it (as part of another road project, sharing the cost of bringing up the pulverizer equipment) and R&B staff completing the remainder of the project which includes grading and laying gravel. Baer pointed out that a gravel road is more challenging for R&B staff to maintain.

Commissioner Manguso noted that the “Y” does not pay taxes to the county. “This is us spending a lot of taxpayer’s money – this is the Y’s property and they do not pay taxes. Why are we using Grand County tax dollars for the Y’s access? I am not in favor.”

Commissioner Linke stated, “I would not want to vacate the road”. There are private businesses and homeowners accessed by the road as well. “The purpose of taxes is to provide services to our constituents. We should approach Snow Mountain Ranch to discuss cost-sharing of the project.”

Chairman Cimino recognized that “lodging and tourism tax dollars do come in” from Snow Mountain Ranch. “Even if they pay for the asphalt, it’s still a County Road that will be maintained by us. I would like Road & Bridge to approach the ‘Y’ to discuss cost-sharing.”

County Manager Lee Staab told the commissioners there was “there is willingness on the part of the ‘Y’ – they have mentioned that to me”. Staab added, “I understand the issue is that they don’t have to pay tax”. He reminded the commissioners that, on June 29, 2017, they gave back money they did not have to pay out totalling over $372,000, and, $111,000 went back to the county. “Let me contact the YMCA. It’d be in the county’s best interest to discuss this with them”.

Baer told the commissioners his department is working on bids which will be sent out mid-February. Commissioner Manguso asked that the bids be prepared with and without the CR 53 project. “I don’t want to be roped in”, said Manguso. “They can go to bid with everything but CR 53 and we can add it later.”

The commissioners had no objections with the other asphalt projects proposed by Baer’s department.

Chairman Cimino asked Baer whether they took core samples for every road project. Baer said they did on CR 515 and CR 858, but not on the others. Baer told them the reason was, for some roads, “it’s pretty obvious – there are parts of the road that are gone”, adding, “we don’t need to spend $3,000 for someone to tell us we need to replace the road”. They did use Geotech (core samples) for the two roads where it was not so obvious.

“In 2017, I received the message that things weren’t maintained as well as they could have been. Hopefully, if we stay on top of this and get caught up, we can reduce future costs”, said Chairman Cimino.

Baer also mentioned that CR 6, which services several subdivisions and forest service land, is in need of repair. A traffic count done in August 2013 recorded 300 vehicles traveled the road per day. “The road is in bad shape, with deteriorating edges that causes people to slow down and drive around erratically.”  Baer told the commissioners that it needs to be pulverized and the surface replaced. “It’s not on the 2019 plan, but it needs to be on the plan soon”, said Baer.

The commissioners requested Baer send the 2019 Requests for Bids out to include the CR 53 project as an option. Further discussion will take place at the February 12th meeting.

This summer, residents and visitors can expect delays and detours on CR 515, CR 858, CR 84, CR 832, CR 838, and, CR 8500 as the county works through the approved asphalt projects. We will continue to update the community on the status of the CR 53 project as it develops.