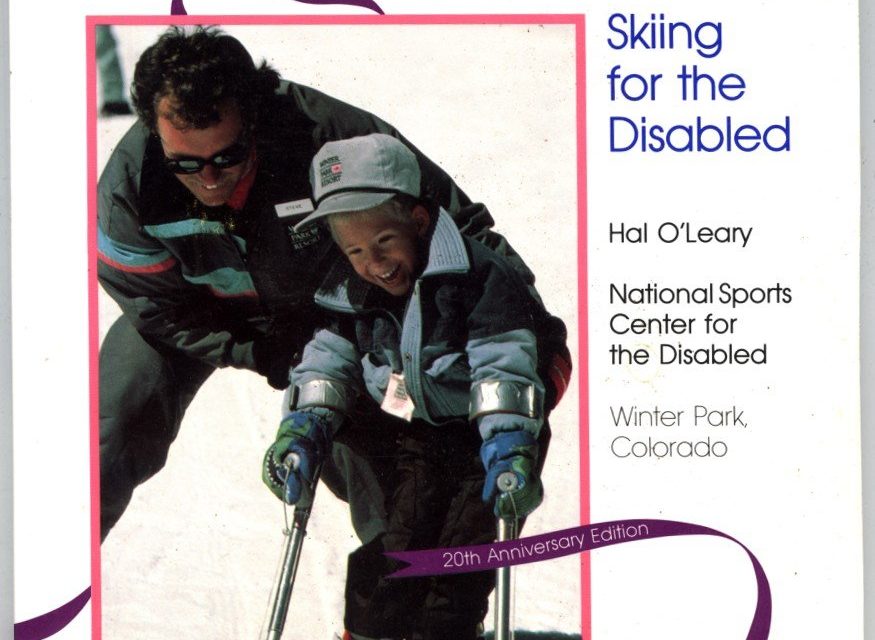 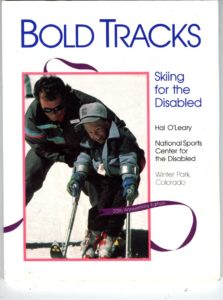 One of the original Pioneers of Grand County, Hal O’Leary, a Canadian-born ski instructor whose dedication and persistence have made Winter Park the home of the largest program in the world for disabled skiers. The program was started over 40 years ago as a favor to a group of amputees from The Children’s Hospital in Denver, but under O’Leary’s direction it evolved into the National Sports Center for the Disabled (NSCD). Each year more than 2,500 people who have any of about 40 kinds of physical and mental disabilities descend upon the Winter Park Resort.  The NSCD was founded in 1970 by Hal O’Leary. For the first three years of the program, O’Leary operated out of a broom closet at the resort.  Since then, he has been named one of the “best 100 things to happen to skiing” by Ski Magazine, has established programs for disabled athletes on four continents and coached two Paralympic teams.  O’Leary was also awarded the prestigious honor of Order of Canada, Canada’s highest honor of merit given to individuals recognized for lifetime achievement.  Today, the NSCD facilitates a variety of both winter and summer programs, including alpine skiing, snowboarding, Nordic, rock climbing, rafting kayaking, Sports Ability Clinics and therapeutic horseback riding. The NSCD offers recreational opportunities as well as competitive ski race training through a renowned Competition Center. The NSCD is proud to be recognized as a Paralympic Sport Club through the U.S. Paralympic Sport Club Network.O’Leary, a long time ski enthusiast who quit an office job in New York City in 1962 to move west, stumbled onto his life’s work by chance. In 1974, after neglecting his duties toward the able-bodied for two years, O’Leary was fired by the ski school. But he persuaded the board of directors of Winter Park, a nonprofit resort, to take over the program from the ski school. For the next three years he operated out of a broom closet on the second floor of Winter Park’s ski lodge. Today 50full-time employees and more than 1,000 volunteers staff the program. Hal has dedicated his life to Grand County and its residents, without him there would be no disabled skiing in this country!

Jimmy Lahrman Citizen of the Year! 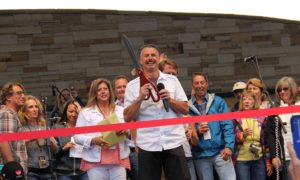 For over 12 years now Jimmy has been on the Town Council of Winter Park and Mayor for the past four years and has been one of the visionaries in creating a vibrant downtown Winter Park.   In his tenure many projects have or are coming to fruition.  His ability to seize opportunities have been a huge benefit to our community and there are many new things we have today as a result of his and the Town Council’s efforts including; an enhanced transportation system, and amazing new musical venue and stage and a soon to open, a grocery store in Winter Park.  In addition, as of this week, attainable housing units occupied by our local workforce were opened. He has continued this passion in helping to create the Winter Park Housing Assistance Fund with Winter Park Resort and the Grand Foundation.  This fund helps the local workforce be able to afford housing in the Winter Park and Fraser Valley area.   His true leadership in Grand County embodies what we all strive to be in life.

At its November 9, 2017 board meeting, the Mountain Pa 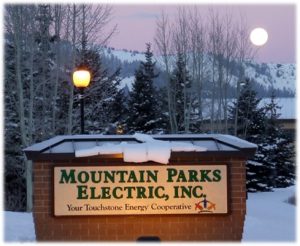 rks Electric (MPE) Board of Directors approved its 2018 operating budget. The budget will allow MPE to operate in 2018 without increasing members’ retail electric rates.

“We offer a remarkable service considering our rugged terrain,” Sifers added, noting that MPE serves all of Grand and Jackson Counties and parts of Larimer, Routt and Summit Counties, nearly 4,000 square miles of electric distribution power lines. “People expect 24-7 power. And over the past three years, MPE came close to delivering on that. Our outage time statistics are well below the national average – despite the heavy snows and occasional strong winds. If there is an outage, we roll trucks right away. It’s something that the MPE Board of Directors and staff take a lot of pride in. That and the fact that our member-owned, not-for-profit utility won’t be raising rates in 2018.”

Telluride Ski Patrol/CWA members ratified their second contract by a vote of 56-0 on November 6, 2017. This agreement covers all Ski Patrollers, Dispatchers, Snowmobilers and International Exchange Patrollers through August 31, 2020.

With one year left on the existing agreement, the process began as Ski Patrol Leaders met with management over the off-season to negotiate recognition and compensation for Patrollers with specialized skills such as avalanche control, dog handlers and incident investigators. Once the process was underway, both sides agreed that it made sense to incorporate the changes into a new agreement.

Telluride Ski Patrol Unit President Tony Daranyi said, “This agreement is the result of a united workforce working together with a committed management team who acknowledges the danger of our work, the specialized skills required to provide the best service to our resort guests, and the importance of having a professional, career-minded patrol. It also reflects the economic realities of living in or near a resort town. CEO Bill Jensen was directly involved in negotiations, and the finished product is a win-win agreement.”

Highlights of the agreement include base wage increases, and a specialty skill set compensation scale for the next three years.