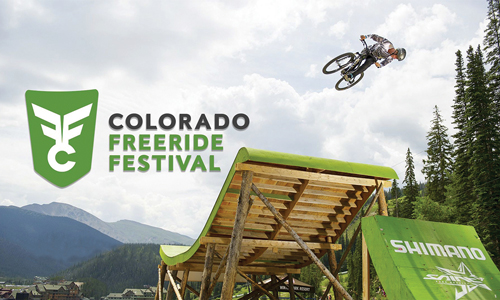 Due to construction projects taking place in and around Winter Park Resort next summer, the 2018 Colorado Freeride Festival has been suspended for the convenience and safety of athletes and spectators.
A base area plaza renovation along with other potential capital improvements, necessitate the country’s largest Freeride Festival and only Gold Stop on the FMBA slopestyle tour in North America to take the 2018 year off, with the intention of bringing the festival back for its 12th year in 2019.
Competition Center events, including the Trestle Gravity Series and Epic Singletrack Series, are much smaller in scope to Colorado Freeride Festival and will take place uninterrupted.  A spokesperson for the resort was not ready to comment, could there be a base area lift replacement in the plans for this summer?

BOCC to meet regarding Special Use Permit for KFFR Radio Tower

On Tuesday, January 16th, at 1:30 pm, the Grand County Board of County Commissioners (BOCC) will meet at the County Building in Hot Sulphur Springs to decide whether or not to approve the Special Use Permit (SUP)  application for local radio station, KFFR’s 90-foot FM broadcast tower.

The application was filed by Fraser Valley Community Media, Inc., (FVCM) the Colorado non-profit that holds the license for KFFR 88.3 FM. The 90′ tower will allow KFFR to increase its broadcast power as licensed by the FCC, expanding the station’s reach to all of east Grand County.

Public input and support, in person at the meeting, and, in advance with letters and emails, is vital to the success of this endeavor. Visit kffr.org for additional information.

Due to the ongoing construction at the Grand County Sheriff’s Office and Detention Center, the building is closed and has been completely evacuated.  During this phase of cleanup and construction following the November 2017 fire, all staff and inmates have been moved out of the building.  The Sheriff’s front office is currently operating out of the downstairs West end of the County Building and will continue to staff that office until the construction project is complete.  All Detentions inmates have been moved to the Routt County Detention Facility, and the Communications Center has been moved to a remote operations center.   The 911 center is fully operational and all emergency and non-emergency phone lines are functioning.

No interruption of services from the Sheriff’s Office is anticipated, however the building will not be staffed while this work is being completed.  Updates will be provided as the construction progresses, and when staff and inmates have been returned to the building.

The Colorado Parks and Wildlife purchasing blackout has ended. Purchasing systems are now online for customers. As the new system rolls out, minimal issues are expected, but they are continuing to test and update throughout the next few weeks.

CPW will continue to update media as needed until a full press release on system features and benefits is sent. Customers will be able to get updates via the website and also Facebook and Twitter accounts.

During open discussion at the last Winter Park Town Council meeting, a resident commented on the recent increase in traffic and visitors to the area, especially in the downtown core and in Old Town, near Winter Park Resort. While the Town is taking steps to make driving safer with improved lighting and signage, this is a good reminder to slow down and watch out for pedestrians. With many people visiting our community this time of year, safety is more important than ever.

The celebration features reformer demos at 3 pm & 4 pm followed by food from Casa Mexico, and wine and beer from Hideaway Park Brewery. There will also be an abundance of raffle prizes from Singletrack Trails, Deno’s Mountain Bistro, Ski Broker, Altitude Jewelry, ToeSox, Meredith Cameron Yoga, Whitters Barber Shop, The Synergy Collective, Marie T Occhineri- Koepke and more! The event will be held on Saturday, January 13, in the new studio located in Fraser and runs from 3 – 8 pm.

Grand Lake residents voice concerns at Board of Trustees Meeting

On Monday night, a group of Grand Lake homeowners and business owners addressed the Board, expressing concern over the Board’s decision to implement a municipal fee in the amount of approximately $100 per homeowner per year during the 2018 Budget Approval process. Due to an oversight of posting requirements, no public hearing was allowed prior to the approval and resident attendees were disappointed in this process. Compelling statements regarding the imposition of additional fees were given, and, after the comments had been received, the Board stated that they had already approved the 2018 budget, which included the fee, and they would not pursue any additional action on the topic.

Town Board Elections set for April 3