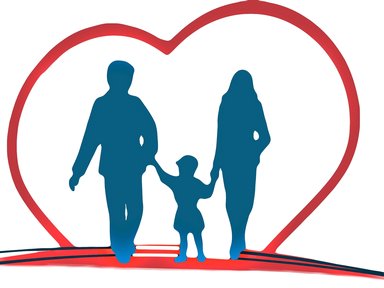 Amid ubiquitous struggles with health care and health care costs, Centura Health announced this week that they were withdrawing from discussions with community-based Southwest Health Alliance plan in southwestern Colorado, a move that may have wider consequences, even reaching as far as Grand County.

The plan had been in negotiations for several months between the health care provider and Southwest Health Alliance, an offshoot of Peak Health Alliance in Summit County, which also partnered with Grand County government for the County’s 2020 health care benefit plan. Centura Health has been affiliated with the now-called Middle Park Health as far back as 2011 and has had a management agreement with Grand County’s largest health care provider since 2014. And in an attempt to keep health care costs and insurance premiums low and keep care local to the community, the Grand County government has invested substantial time and money in the last year, to build a partnership with Peak Health, first to bring “affordable, quality, local health care” to Grand County employees and then, in 2021, to the greater community, including individuals and small business.

“We have heard from many of you wondering if Grand Peak Health Alliance and its health plans are in jeopardy given the recent news surrounding our partners in the Southwest part of the state.  It is true that Centura was in the process of cooperating with Peak Health Alliance to offer Peak Plans in 2021 or 2022 for four Counties in Southwest Colorado.  Last week Centura abruptly pulled out of those conversations.

Peak Health Alliance is extremely disappointed with Centura’s Denver-based leadership decision to walk away from negotiations in Southwest Colorado. However, current contracts with Centura and current insurance plans for Peak members in Grand County have not been changed because of this pull out from Southwest Colorado.  The current contracts and plans are still in force for Grand County.

Peak Health Alliance will continue to work with local communities to develop health plans that help the local people get cheaper and better health insurance, while also helping local hospitals and independent providers succeed and improve.  Locally-led healthcare solutions are the best hope for Colorado. Peak Health Alliance and Grand County Government remain as committed to working together in Grand County on behalf of you, our members.”

And when interviewed, Cimino said that the current situation is the result of “a big political power play” by advocates for an as-yet unknown “public option” for health insurance, anticipated to be introduced to the Colorado legislature as soon as next week, and promoters of a recently presented model from the Colorado Hospital Association, of which Centura is a member, focused on “total cost of care.

The first new option comes at the direction of state lawmakers and would allow private insurers to sell plans under the supervision of the Colorado Division of Insurance and the Department of Health Care Policy and Financing. No such public plan has been enacted anywhere else in the country and there are little to no details as of yet as to what it would look like or how it would work.

The hospital-presented option seems to come as push-back against what they fear is an attempt to regulate and/or cap hospital fee schedules. It was just put forth on Tuesday and proposes a “health spending budget” for the state, over which an independent commission would work to set limits on how much health care spending could expand each year. Similar plans are in place in Massachusetts and Oregon with reported success, though critics point out that spending is already “out of control” and must be scaled back before being growth-restricted. And indeed, the Massachusetts Health Policy Commission’s Executive Director David Seltz stated last fall that “Even with this moderate overall growth rate, the burden of health care costs on Massachusetts employers and residents continues to grow.”

So back in Grand, Commissioner Cimino reiterates his support for a third option, that of local purchasing alliances such as Peak Health Alliance. “My position is that for too many years insurance companies have been represented by lobbyists and lawyers; hospitals have been represented by lobbyists and lawyers. But the regular person doesn’t have any lobbyists or lawyers at the table. Local health care alliances and government officials are now trying to band together to give a voice to those people and make sure their interests and needs are met through an alternative option.”