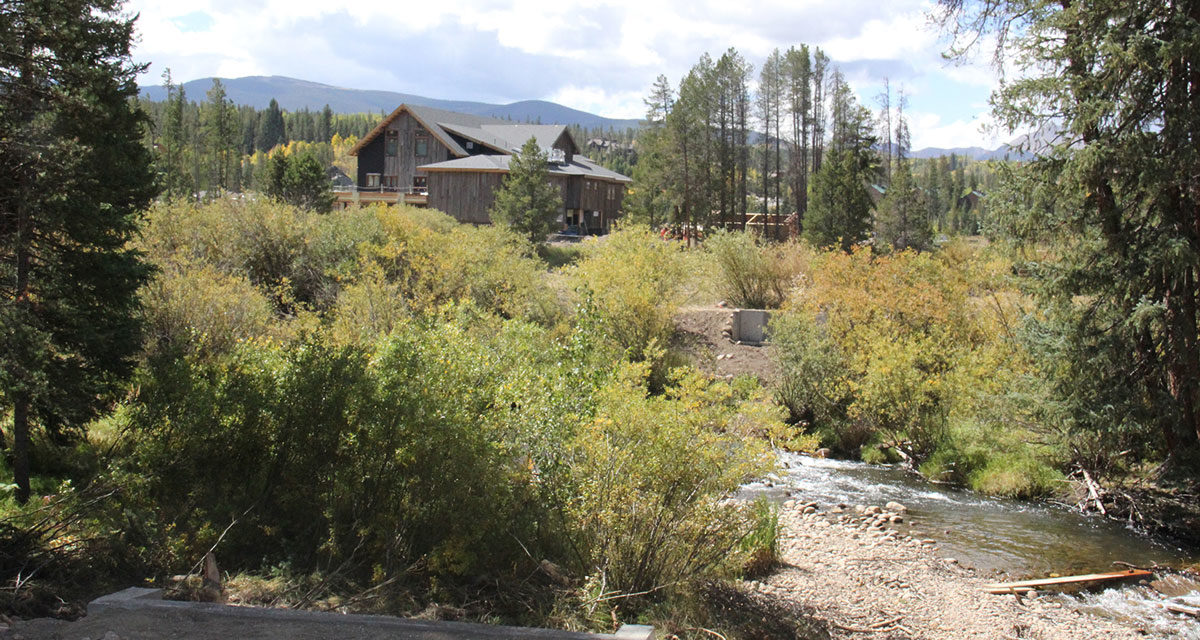 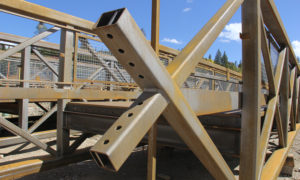 The work throughout the Valley is reaching a feverish pace as crews work to get as much done as possible before the snow flies. If you take a drive through the Fraser Valley you can see first hand the progress of change.

A project that is flying under the radar is a bridge between Fraser and Winter Park that is almost ready for a historic crane flight. Rendezvous is putting in a two piece pedestrian bridge across the river that will connect the development with the trail systems in and around the iconic pond on the border of Winter Park and Fraser.  One interesting footnote is the bridge has a footing in both towns.

The new bridge was purchased by the Rendezvous Foundation and is being installed by local contractors Jack Kopp, Ryan Kliest, Tony Krempin and Jay Conroy.  The bridge was designed and supplied by Contech Engineered Solutions and assembled in Minneapolis.  It weighs 60,000lbs and is 150’ long X 8.5’ wide to allow snowcat access for winter grooming.

“This new connection between RendezVous and Winter Park will allow homeowners better connectivity to the new Headwaters Community Center, the existing WP trails system, and the Town of Winter Park itself, including the new Sitzmark South retail and grocery venues. Said Terry Stanford As always, RV appreciates the opportunity to partner with WP in another community enhancing endeavor.”

According to Stanford, the permitting and construction process had its challenges as each town entity has different governing ordinances but all in all it came together without an significant hurdles.  The 150’ bridge is scheduled to be set in the next week. It takes a 240 ton crane to fly the pieces. Stanford added“We are confident the calculations are correct, measure twice cut it once.“  the bolts on both sides have to be close to perfect for the pieces to come together.

The new bridge is set to open for pedestrian traffic this fall.

Once complete the Bridge will be transferred to WP for ownership and maintenance upon completion. The town of Winter Park and Fraser have solidified both private and public partnerships and agreements that will change the face of the Valley Floor forever. The new bridge, with many more on the horizon, is another in a long list of civic achievements in the past decade.