At Tuesday’s Board of County Commissioner’s meeting, the commissioners responded to a request for $40,000 in funding assistance by the Middle Park Fair and Rodeo Board. The Fair Board had partnered with the Kremmling Area Chamber of Commerce to bring country singer, Easton Corbin, to this year’s Fair on August 10th. The request for funding assistance was for up-front costs associated with the event such as entertainment, stage, lighting, production, security, additional port-o-potties, advertising and promotion. According to the request, the Board anticipates the event will attract between 3,000-5,000 people, and their intent is to repay the county the full $40,000 by no later than September 10, 2019.

When the commissioners discussed the letter at their May 14 meeting, they acknowledged that they were not in the position to give a loan to the Fair Board. They asked County Attorney, Chris Leahy, to look into whether there was another way for them to offer assistance. At Tuesday’s meeting, he returned with a creative solution in the form of a Cost Sharing Agreement.

According to the agreement, the County agrees to share in the cost of providing talent for this year’s Middle Park Fair & Rodeo by increasing the 2019 budget appropriations for the Fair & Rodeo to include an additional $40,000 as requested. The agreement goes on to say the Fair Board agrees to reduce their budget allocation from sponsorships, donations and/or sale of concert tickets by depositing up to $40,000 into the County’s general fund no later than September 10, 2019. In the event insufficient funds are available to reduce the additional budget appropriations, the Fair Board will provide an accounting of funds received and will deposit into the general fund as much of the $40,000 that is brought in from sponsorships, donations and/or sales of tickets.

Attorney Leahy cautioned the commissioners that it is an appropriation and they should not expect to get any or all of the money back, but it provides a mechanism for the commissioners to financially support the event and potentially get up to $40,000 appropriated back.

During discussion, Chairman Rich Cimino asked, “Has anything like this ever been done by the County?”. Staff confirmed it had not.

Commissioner Manguso stated, “I have struggled with this because they waited until everything was done. They should really approach us before they advertise and sell tickets”.

Commissioner Merrit Linke agreed, saying “We had heard rumors, but nothing was properly asked for in advance”. He added, “I have one other question. Have we confirmed they are a certified, verified nonprofit?”.

Attorney Maxine Labarre Krostue told the commissioners she had verified the Middle Park Fair & Rodeo Board was a nonprofit in good standing with the Colorado Secretary of State. Attorney Leahy added it was unknown as to whether they were a 501(c)3 or similar organization.

Chairman Cimino stated, “I hope this helps provide healthy funding. My observation has been that government and chamber support has been done frequently.” He referenced the successful partnerships on the east side of the county and added that he hoped, if future requests are made from the central and east side of the county, the board would be open to considering similar assistance.

Commissioner Linke said he echoed the Chairman’s concerns and recognized the “can of worms” they had opened. “It is a good investment and somewhat risky”, however, he added, “we support it”.

The commissioners approved the Cost Sharing Agreement with the Middle Park Fair & Rodeo Board unanimously.

County Manager, Kate McIntire, revisited the ongoing discussion on the County’s facility needs with the commissioners at Tuesday’s meeting. The Sheriff’s Office and Detention Center has been identified as the first priority project and Manager McIntire asked the commissioners if they would like to designate a project cost and provide direction to staff for refining space requirements.

With architect RJA’s cost estimates coming in at between $22-32 million, Chairman Cimino stated he would like to impose a ceiling for total costs of the project. He said he would like the sheriff and manager to work with a consultant to design a facility at $25 million or less.

Commissioner Manguso said she would like to to see it come in lower, at between $18-20 million. “I would like it investigated to remodel the existing sheriff’s office, with basement used as storage only, because it’s creepy”. She added, “the jail itself needs to be new”.

Sheriff Brett Shroetlin told the commissioners the undersheriff is exploring the option of remodeling and had just started to tackle it. “What’s underneath our building will tell us what’s good bad and ugly”, he said.

Commissioner Linke agreed that they needed to look at the existing buildings’ prospect for remodeling to determine whether it would work for offices only and feasibility for the Detention Center to be placed next door.

Recent discussions with finance indicated the County could use a combination of existing funds (about $14 million) and financing to fund the first phase of the project. The remainder of the project, which includes the Health and Human Services offices and EMS facilities, could be put on the 2019 or 29020 ballot for funding.

Commissioner Manguso said she had heard from constituents who were not happy with the recent tax valuations. She noted that asking for additional tax on the heels of an assessment and East Grand School District’s bond request might not have a positive outcome. “We have to be prepared for a no, but hope for a yes. We have to be sure that whatever we do, we can fund”, said Commissioner Manguso, later adding, “I don’t want to put us in a position where we are laying off people to be able to afford a new jail”.

Manager McIntire told the commissioners it was a very preliminary estimation. “There are other needs that we need to be sure we can fund in the future.” She told them she and Sheriff Shroetlin would get together to work on the outstanding items and options and would schedule a time for further discussion.

At the close of discussion, Grand County EMS chief, Ray Jennings, told the commissioners, “There needs to be more discussion on our facilities, but I support the Sheriff’s Office and Detention Center as priority”.

The BOCC next went into an Executive Session to discuss potential properties identified in the scope of the project.

Still in its infancy, having been adopted on May 23, 2017, the commissioners reconvened after lunch with a Public Hearing and annual Short-term Rental (STR) program review.

Identified as primary concerns were:

None of the listed areas of concern are currently regulated by the County as part of the permitting process. It was noted that homeowners utilizing a property management company are more likely to have had a thorough inspection of safety requirements and accommodate reasonable occupancy rates, but it does not guarantee that all units in the STR program are safe. Also, STRs on a septic system could potentially exceed recommended usage, causing a less than ideal experience for the guest. As for occupancy, there is no current criteria or formula in place to determine maximum occupancy of a STR property. The County’s fees for an annual STR permit are based on ‘pillow count’ at $25 per occupant, as determined by the property owner and submitted on the application.

Nessen suggested the commissioners modify the current program to regulate the four areas of concern.

To ensure safety, she recommended development of an Inspection Checklist which includes inspection of smoke detectors (interconnected) to each bedroom; carbon monoxide detectors near bedrooms and gas burning appliances; fire extinguishers (highly visible not concealed); and, operable & accessible egress windows and doors (not blocked). The property owner would submit the completed checklist with their application and annually with their renewal.

Sanitation should be inspected for design flow criteria. Nessen told the commissioners that a system should accommodate about 75 gallons per person per day. Twenty people in a rental have the potential to utilize 1,500 gallons per day and she questioned whether most homes were equipped to handle that type of flow. She suggested that STRs with septic provide an annual septic inspection report and proof of pumping every three years.

Nessen offered three different options that could be used to determine reasonable occupancy:

Following completion of Nessen’s presentation, Silver Sage resident, Christian Hornbaker, addressed the commissioners. Hornbaker had spoken during unscheduled public comment at the start of the day’s BOCC meeting, expressing his concerns with STRs contributing to the local housing shortage. He had returned for the Public Hearing and suggested they put a moratorium on STRs until the end of 2019 to give the County time to figure out what is going on. He also felt the fees needed to be increased. He cited multiple issues with STRs in neighboring communities and believed that, with better communication to the community on reporting, the County would hear more complaints. “Short-term rentals are a big catalyst for our housing issue.”

Commissioner Manguso stated that, with about 750 permitted STRs, she did not believe eliminating them would solve the housing crisis. “Housing prices are not coming down and it won’t solve the housing issue. I feel like this is going to take care of itself.” She observed the county had gone from about 300 to 700 STRs in the last 5 years, and there had not been much of an increase in the last few years. “I think it’s government overreach. If your septic fails, you’re going to be sorry and may pull your home from the STRs.” She added, “I don’t see it growing. I am not in favor of changing the regulations at this time”.

Commissioner Linke commented, “We have three things to talk about. Safety concerns, water and septic and how that affects occupancy. I think we, as public officials, have an obligation to provide a safe experience for our guests”. Nessen’s presentation had shown clear examples of safety concerns (e.g., 2 BR unit advertised as 6 BR). “If anything, we should address occupancy.”

Chairman Cimino asked about the examples shown and questioned what would be done if it was a full-time resident’s home. Commissioner Manguso replied, “How would you know?”, adding, “the County has to live and let live”. Commissioner Linke stated, “That’s something different, but when you put that permit up and say you’re open for business, the home needs to be reasonably safe”.

Nessen told the commissioners, “It is more for safety than liability. We have the most lax regulations that I have seen”. Many of the mountain community STR policies she had reviewed focused on water and septic. She added that there were “a few homeowners that have 3, 4, up to 9 homes open for STRs”, they had seen more new applications recently and had a number of inquiries from out of state residents asking about the county’s STR regulations.

In the end, the commissioners directed Nessen to work with the local fire departments to develop a comprehensive checklist which, once created and approved, would be required to be completed both with an initial application and at renewal. The checklist would be posted on the website and Nessen confirmed she would not issue a permit without the completed form.

The commissioners asked Nessen to prepare a recommended formula for determining safe occupancy and bring it back to them for review in the fall. They also agreed to review septic regulation in 2020.

In closing, Chairman Cimino stated, “We started this program in 2017. We held many workshops and received over 800 emails. I want everyone to know the scars that it took to get to where we are and I welcome continued dialogue”.

Police Chief clarifies Use of Force philosophy, policies and practices 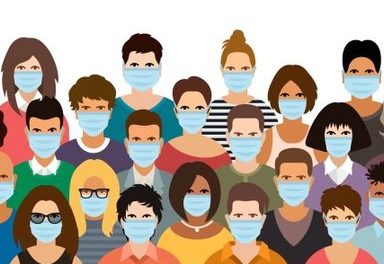 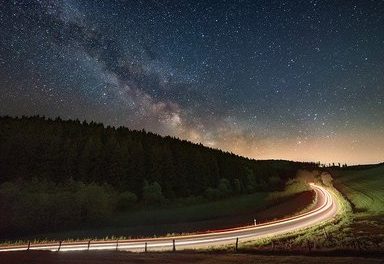 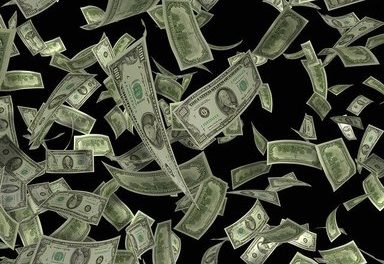