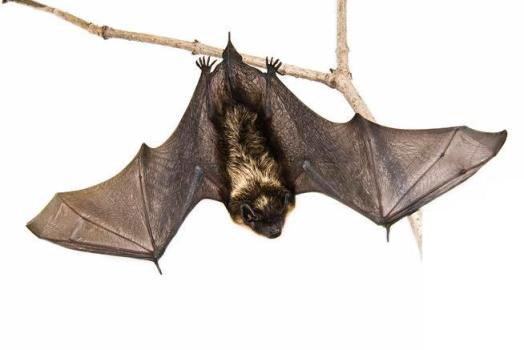 As the sky grew dark the other night, I stepped out into the growing twilight to catch a glimpse of the stars and I caught a glimpse of the slightly awkward flapping of a bat as it darted about looking for a meal. I know that most people don’t like bats, and don’t get me wrong, I don’t like them in my house and I have no desire to really touch one. But there is something fascinating about these misunderstood mammals and their night time rituals.

It is not uncommon to find a bat in Grand County, it is also not uncommon for bats to carry rabies. As of July 9, 2018, Grand County Public Health had spoken with several individuals about bats and exposure to bats. They have sent 5 bats in for testing; 2 came back negative, 2 are pending results, and, 1 tested positive for rabies.

The positive bat exposed people to rabies during the night, while they were sleeping, and rabies prophylaxis was administered. In 2017, bat exposures affected several people in Grand County and they received recommendations for rabies protection by immunization.

Bats, moths, and the flowers that they pollinate represent the night shift of the natural world, carrying on the work of pollination long after the sun sets. Colorful butterflies and charismatic hummingbirds get all of the attention, but the creatures of the night have their own secret charm.

Bats and skunks are the main sources of rabies in Colorado. Other mammals can be infected with rabies from bats and skunks. Domestic animals such as dogs, cats, cattle, and horses can become infected by being bitten by a rabid wild animal.

It is extremely difficult to see a bat bite, even on a human who knows where he or she was bitten. Bat bites leave almost no mark behind but can spread saliva and rabies. Skunk teeth also are small enough that it may be difficult to tell whether a pet has been bitten. Any animal that is found unattended or in close contact with a skunk or bat is assumed to be at risk for rabies unless rabies testing of the wild animal shows it is negative.

There is a Bat in my house, what should I do?
Bats are actually wonderful creatures and are very important to our natural environment and ecosystem (eating about 4,500 bugs, including mosquitoes, every night). They do not seem quite as wonderful when they show up in our homes. Bats tend to show up indoors more often this time of year because young bats born in the spring are now old enough to take to the air in search of food and new places to live.

Finding a live or even a dead bat in your bedroom can be upsetting. It can also present a serious risk to your health. According to Brene Belew-LaDue, RN, BSN, Director, Grand County Public Health, “Currently in Colorado, bats are second to skunks in testing positive for rabies.” While only a very small percentage of bats actually carry rabies, “the consequences of actual rabies exposure can be catastrophic, because an untreated rabies infection is almost always fatal.”

Here are some tips on how to safely manage things when a bat gets into your living space. If you find a bat, dead or alive, in your home, especially in your bedroom in the morning, there is a possibility that you could have been bitten while you were asleep. This risk applies to anyone sleeping in the area, including an infant or a pet. Even though all your instincts may tell you to shoo the live bat out, or toss the dead bat in the trash, stop and consider the following concerns:

With no bat to test, it’s impossible to know if you or a loved one was exposed to rabies (the probability is low but the risk is high).
Bat bites are often hard to notice.
The only way to properly evaluate your exposure risk is to have the bat tested in a lab.
If the test is negative, you are in the clear.
If the result is positive. or. if the bat is unavailable for testing. you will need to undergo rabies vaccination.

If you find a dead bat, use a paper towel or disposable rubber gloves and carefully place it in a container (Tupperware-type container) and put it in the fridge for safe keeping. Call Grand County Public Health at (970) 725-3288. Public Health will send it to the Colorado Department of Public Health and Environment Lab for testing.

If you find a live bat, try to catch it safely. Be extremely careful when attempting to catch the bat to avoid being bitten. The most common method of capture is to wait until the bat lands on a wall or other surface, then place an empty Tupperware-type container over the bat, and, slide the cover under and secure it. Some people use a broom or tennis racket to knock the bat out of the air and then capture it. Once safely captured, keep the bat in the room with the doors and windows closed. Be sure to not let it escape or set it free.

If you wind up having to kill the bat, be careful not to damage the bat’s head, since the brain needs to be intact for proper testing. Put the container with the bat in it in the fridge to help preserve the tissues that need to be analyzed. Then call Grand County Public Health.

If you find a bat outside, or, in a closed off area of the home or workplace that DID NOT have access to a sleeping person or pet, there is no need for a rabies test. You can either leave the bat alone or release it outside. If you have any questions about such a situation or do not know what to do, contact Grand County Public Health at (970) 725-3288.

Eight ways to protect yourself and your family:
1. Do not feed, touch or adopt wild animals, and be cautious of stray dogs and cats. Rabid animals do not always appear vicious!
2. Teach children to leave wildlife alone. Be sure your child knows to tell you if an animal bites or scratches them.
3. Have your veterinarian (or local animal shelter) vaccinate your pets and livestock against rabies. Keep their vaccinations up-to-date.
4. Tightly close garbage cans and feed bins. Open trash and feed bags attract wild or stray animals to your home or yard.
5. Feed your pets indoors; never leave pet food outside as this attracts wildlife.
6. Keep outdoor pets in a fenced yard.
7. Avoid all contact with bats, especially bats found on the ground. If you find a bat on the ground, don’t touch it. Report the bat and its location to your local animal control officer or health department.
8. Call your doctor right away if an animal bites you. Contact your local health department to report the incident.