Ballot Measure 1A: Ready to Roll-out the First Grant Cycle 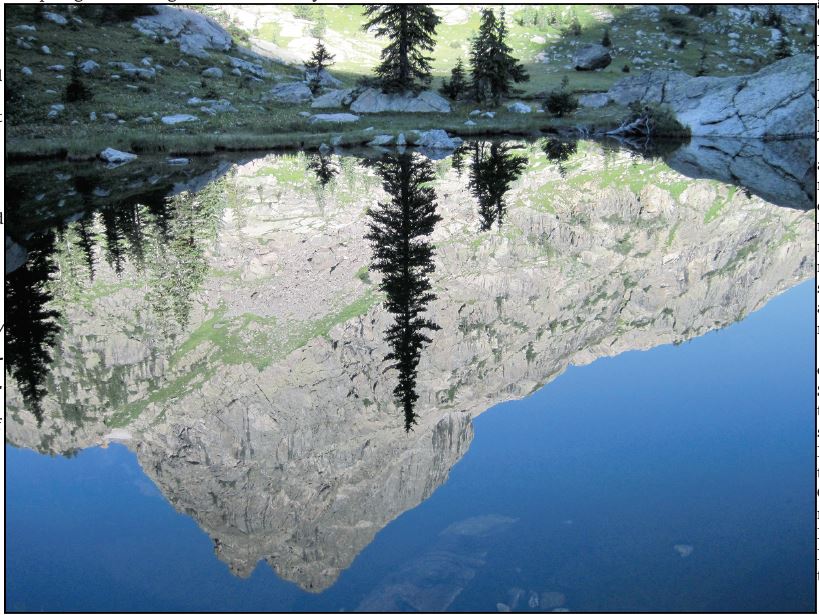 You might recall that, on November 8, 2016, the voters of Grand County approved Ballot Measure 1A allowing Grand County sales tax to be increased .3% for a period of ten years and beginning on January 1, 2017. Per the fund’s December 2017 Financial Report, and also reflecting an approximate two month revenue lag, $1,054,000 had been collected and deposited into the fun thus far.

The measure, as it appeared on the ballot in compressed form, stated the funds collected are “to be solely used for:

The measure goes on to state that “All expenditures subject to the recommendations of a citizen advisory committee, and annual independent audit, and a cap on administrative expenses of 5 percent; and that the county be authorized to collect, retain and spend the proceeds of the revenue from such taxes and any earnings thereon without limitation or condition as a voter-approved revenue change under Article X, Section 20 of the Colorado Constitution or any other law.”

As part of the approved ballot measure, the County implemented the Open Lands, Rivers and Trails Advisory Committee (OLRTAC) in early 2017. The Committee is comprised of nine members representing the Towns of Winter Park, Fraser, Granby, Grand Lake, Hot Sulphur Springs and Kremmling, and Districts I, II and III of unincorporated Grand County.

Over the past year, the Committee has met regularly, initially focused on creation and approval of the Committee’s Bylaws, followed up with the selection of the Committee Administrator and Coordinator (a contract position), and now, they’re working on the roll-out of the first grant cycle.

The Committee Bylaws were drafted by Peggy Chiu, an attorney at The Trust for Public Land in Denver. The draft was first reviewed by the Committee at their April 13, 2017 meeting. Over the next few meetings, the Committee worked to revise the draft to fit with Grand County’s goals. On July 25, 2017, the final document was adopted and signed into effect by Committee Chair, Paul Bruchez, and, Commissioner Chair, Kristen Manguso.

During this period, the Committee also created the OLRT Grant application. When open, 1A Grant Applications will be available for completion and submission during two separate grant cycles each year, approximately six months apart. The Committee felt it was important to wait until the fund had an adequate amount to disburse from and the first grant cycle is slated to begin on February 1, 2018. It will be a 45-day cycle, after which the submitted applications will go under review and the Committee will present their recommendations for award to the Board.

Final grant guidelines have not yet been released, but during development, the Committee discussed that the application should distinguish the type of project (e.g., Lands, River, Trails), provide a plan for project monitoring and a project timeline. The Committee also discussed multi-year projects, potentially requiring that recipients provide regular project status reports and reapply annually.

In their December 14 Special Meeting, the Committee selected Anna Drexler-Dreis for the position of Committee Administrator. OLRTAC Chair, Paul Bruchez, told the Board of County Commissioners that they were glad to have had such a talented group of candidates apply for the role. Drexler-Dreis was most recently with Colorado Headwaters Land Trust, but her contract ended December 31, 2017, eliminating a potential conflict of interest. The Committee finds that she brings a level of experience that will be a huge asset to the OLRTAC.

One of the Committee’s objectives is to leverage grant dollars by aligning grant application release timing with other major funding sources in order to maximize the amount recipients receive overall for their project(s). Drexler-Dreis’ experience with alternate funding resources will help greatly.

The Board approved the Services Contract between Grand County and Fountainhead Consulting, LLC, at the January 10th meeting. Drexler-Dreis will be paid out of the fund’s 5% Administrative Expenses as outlined by the measure, to a maximum of $40,000 per year. As per Colorado Statute, the County Treasurer also receives 1% of the overall fund allocation to receive the funds.

The Committee will utilize the following criteria for prioritization of applications (in no special order):

The OLRT Funds will be designated for (edited for space):

The OLTRAC will review all applications received and make their recommendations to the Board of County Commissioners who, ultimately, have final discretion on disbursement of 1A funds.

It is interesting to note that funding for existing hiking and biking trail maintenance is capped at “15% of the funds available for grant awards”. This limitation was included in the original measure’s County Resolution No. 2016-8-18, which, upon voter approval in 2016, was incorporated into the OLRT Bylaws. Only another public vote could modify or remove this provision.

The Grant application will be available by February 1, with a March 15 deadline. If you’re part of an eligible organization, sharpen your pencil, because the first opportunity to apply for Grand County’s 1A funds is just about to kick-off. You can find more information on the Open Lands Rivers and Trails Advisory Committee page on the Grand County website: co.grand.co.us