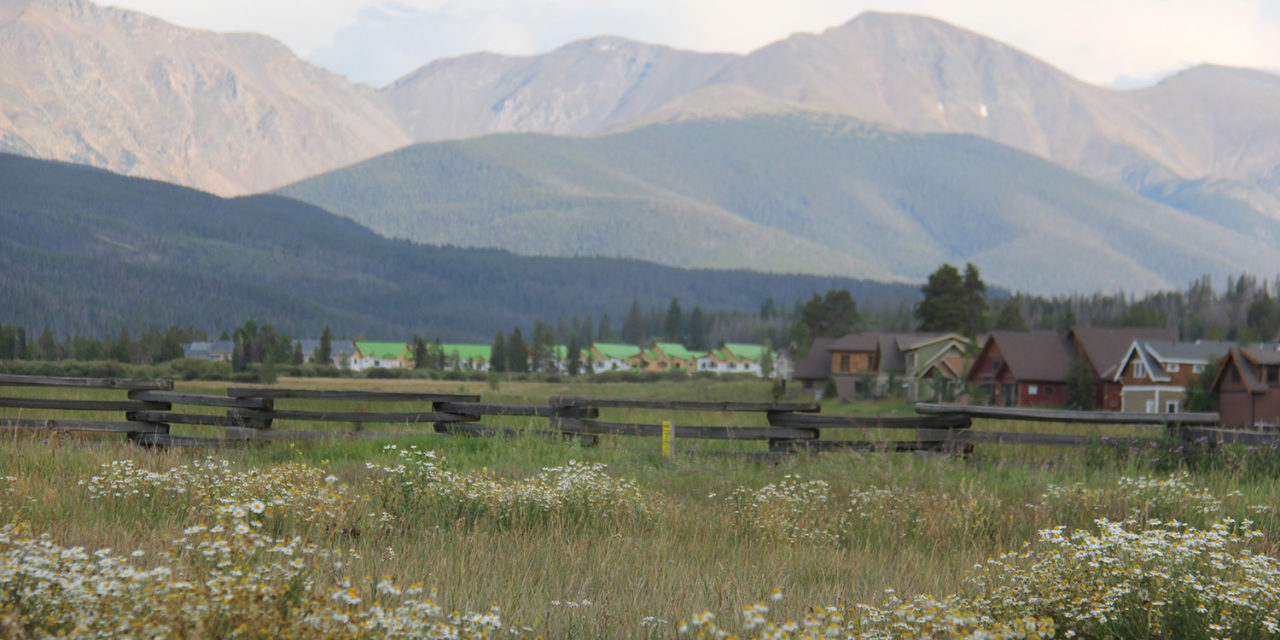 The recurring theme of roadways, both public and private, has kept the Grand County Board of County Commissioners (BOCC) grappling with questions of gravel, money, and access. Discussions have not resulted in unanimous consent and have left many questions and concerns unanswered. In spite of this, a recent BOCC workshop ended in direction to County staff to make 2018 budgetary preparations for paved road maintenance that does not include the maintenance of “residential” roads. A separate consideration concluded with two votes for and one abstention on a Site Disturbance Request by Quad Ranch LLC, aka Devils Thumb Ranch, to move forward with construction and paving of a private road on the proposed Ranches housing division.

The BOCC met with County Engineer Tim Gagnon and County Manager Lee Staab, who presented several pavement planning options to aid in budgetary preparation for both the near term and out 10 and 20 years. At present, the County has 77 miles of paved roadway that it has struggled to properly maintain and prior discussion has even included the possibility of taking some of those roads back to gravel.

In order to improve maintenance and meet needs, the County has already been shifting some decision-making. In 2017, for example summer paving projects turned from “maintenance” priorities to “preservation” priorities, in hopes of extending some roadways in need of care but not beyond major repair costs. Working within an anticipated budget of nearly $1 million, the County completed some asphalt removal and new paving on the north portion of County Road 5, near Snow Mountain Ranch; an overlay on CR 51 to the Pole Creek Golf Course; and double chip-seal surfacing on CR 442, CR 60, and CR 8. Actual costs are thought to have been about $250,000 below budget. A savings that, while good news, was not entirely welcome, as Commissioner Kris Manguso called it “a shame” and expressed that she would have preferred to see more work done, rather than simply money saved.

Staab addressed the concern, agreeing with Manguso that a decision could be made to carry any savings over to next year’s budget with appropriate planning, but that he felt it was best to follow annual Road & Bridge strategies, instead of “adjusting them on the fly.” Conversation was then refocused on how to come up with a long-term strategy to guide those decisions.

Currently paved roads under County maintenance, Gagnon explained, fall into one of four categories, depending on overall significance of the route and volume of use. Gagnon described the classifications as follows:

Considering the various road classifications, Gagnon presented three strategic options with budget forecasts, asking the Board to choose a planning direction. Proposed options were offered in the form of a base plan and two variations.

Asphalt Plan 2 adds Tertiary roads to the strategy, but would not include a County commitment for paving maintenance of the 20 miles of Residential-classed roadways, or 26 percent of currently paved County roads. While there would be no change to the proposed 2018 budget, the first 10 years are anticipated to have an average annual cost of $1,222,589, the annual average cost of the 20 years are estimated at $988,874, for a total of $19,777,485– a 16 percent increase over the Base Plan.

While only Plan 3 commits to keeping all 77 miles of current pavement paved, staff recommendation was to budget for Plan 2– a recommendation which was met with strong resistance from Manguso. “We need to find a way to keep paved roads paved,” she stated. “If someone purchased [a home] on a County road that is paved and we pull it back to gravel, that is unfair. We cannot, in my mind, let one mile of paved roads go back to gravel.”

Commissioner Merrit Linke brought up two concerns of his own, questioning how the plan could “encumber future Boards” and how it would remain flexible to future growth and needs of County roads.

Staab responded, saying, “This is not to say that we will let it go back to gravel. We all think maintaining is the right thing. But how do we pay for it?” He explained that the recommendation was intended to not trap future Boards with a costly precedent that would be difficult to step back from in the future, and that the intention was to shift funding for small-use Residential roads to other sources, such as through neighborhood improvement districts or shared cost agreements. As for the growth concern, he emphasized that engineering analysis would continue on a yearly basis to guide ongoing strategy and to “make sure things are done in the right order, that we ensure we’re doing the right thing.”

The budgetary concerns were heard by Commissioner Rich Cimino who expressed concern, first, that all residents were bearing the burden of paving residential areas that only served a few dozen households and, second, that the funds even existed. “I don’t know if we can afford to do [Plan 3] without cutting departments or making cuts elsewhere. We’re lacking details, there’s no cost-sharing policy… what does it look like?”

In the end, the three Commissioners took Staab’s recommendation and directed that budget preparations reflect the costs of the Asphalt Plan 2. “I’ll put maintenance of Primary, Secondary and Tertiary roads into the 2018 budget, to be presented to Board on September 5,” Staab concluded. Both the Manager and Engineer Gagnon agreed that delaying action on residential roads until 2019 would not make an additional budgetary difference if Plan 3 were taken up a year from now, but would give time for additional data collection and assessment.

DEVILS THUMB TO GO AHEAD WITH ROAD CONSTRUCTION

The issue of private roads was also tackled with a Site Disturbance Request presented by new Director of Community Development, Tom Leatherwood. Jeffrey Vogel, of Vogel and Associates and representative of Bob Fanch and Quad Ranches, LLC, also spoke before the Board, presenting supporting documents and sketch plan the proposed development.

The Ranches is planned for the former Black Ranch, a homestead whose dance hall was reputed to be very popular among railroad workers at the start of the 20th century. Today, the 334.8 acres are undeveloped but have some logging and other forest management activities. A number of trails wind through the site, used by Devils Thumb guests for nordic skiing, hiking and other recreation. The proposed Ranches development would see 17 homesites clustered mostly around the periphery of the area, leaving 226 acres, or 67 percent of the land, preserved as contiguous and common open space in the center. Homesites would range from 6 to 26 acres and were driven, said Vogel, “by what was the best homesite and the best access without compromising the integrity of the land.”

Leatherwood supported the request, explaining that the proposal met “provisions to do more site-sensitive development, clustering development in areas away from sensitive areas in the landscape such as wetlands, steep slopes, view corridors and open areas. This will provide a model for future development in the rural area.”

The current request is seeking permission to put in a rural, low-volume road that would connect CR 8 with CR 83, and two shorter spurs. Vogel explained that the private road would be gated but would include a KNOX-BOX at either entry, creating a rapid thruway access to fire crews that does not currently exist. This last drew the attention of Cimino, who was not in favor of the gated plan.

“There are issues, in my opinion,” he said, “with neighborhoods that are not connected. All traffic is funneled onto US Highway 40 and this development doesn’t allow for alternatives.”

Vogel responded that the proposed development is far enough away from US 40 that it did not readily supply a parallel access, and that the gated community was significant to the desired marketing of developers. However, he acknowledged the issue and mentioned other work taking alternative access into account. Citing several current projects in the Fraser-Winter Park area, such as Beavers, Sitzmark, and Rendezvous, he said, “We have done a lot in the last year to get parallel access to US 40, including provisions that will allow East Grand Fire alternative access all the way up to the new grocery store, and through Hideaway Park and the Beavers Project. We are making advancements where we can.”

“I really appreciate that,” said Cimino, but ultimately abstained from the vote.

The request was passed by Commissioners Linke and Manguso who both praised the plan. “I applaud what you’re doing here,” said Linke. And Manguso agreed, stating, “I applaud that they are private roads and you’re not asking for public funds to maintain or pave them.” –Thus avoiding the need to consider them in any future County asphalt paving plan