A storm for the ages 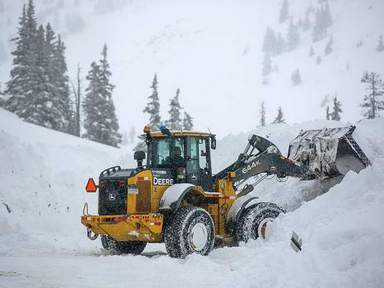 When you live at 9,000 feet, in a place named Winter Park, you come to expect winter storms that bring plenty of snow and sketchy driving conditions. In fact, we want those storms because they enhance recreational opportunities and support our economy. This winter has not disappointed. Winter Park Resort is fast approaching 300” of snow this season, and, the spring runoff assures our reservoirs will be full and the rivers will run. Storms are necessary to maintain our way of life here in the mountains, but not many are stories per se.

Wednesday’s storm, referred to by meteorologists as the “Bomb Cyclone” (Explosive Cyclogenesis), and ‘Snowmageddon’ or ‘Snowpocalypse’ by others, was truly one for the ages. On the Front Range, many schools and businesses, including DIA, announced closures and cancellations long before the first drops of moisture hit the ground. Grocery store shelves were emptied and gas tanks filled in anticipation of the storm’s arrival.

As with any winter storm, Grand County took a wait and see approach. Any closure affects our  tourism-based economy, and county authorities do not take it lightly. When the storm hit Grand County Wednesday morning, it dumped snow at a rate of more than an inch an hour. As the day progressed, conditions worsened. Blowing snow, poor visibility and overall adverse conditions caused authorities to make difficult decisions in order to maintain public safety.

By noon, West Grand Schools and Grand County Administrative Offices were closed. US 40 was closed in both directions from just east of Kremmling all the way to the Utah state line. Berthoud Pass had been closed for avalanche mitigation and remained closed well into the evening. The Lift transit halted service as of 6 pm that night.

For the first time, since 2003, East Grand School School District closed and released students at 2 pm due to adverse conditions. According to EGSD Superintendent, Frank Reeves, “we monitor a variety of factors when making a decision to close the schools”.

By Thursday morning, the storm had subsided, most roads had been cleared and it was ‘business as usual’ here in Grand County. Schools were back in session (to the dismay of many students), businesses reopened and things returned to normal. That’s how it is for us here in the mountains.