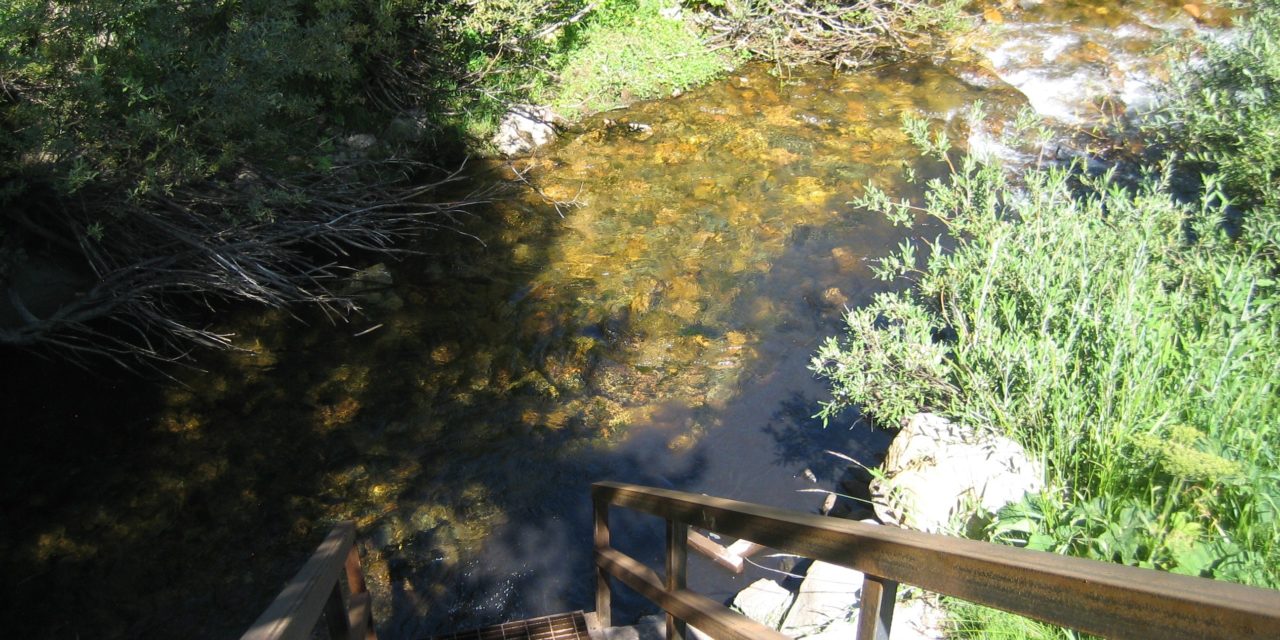 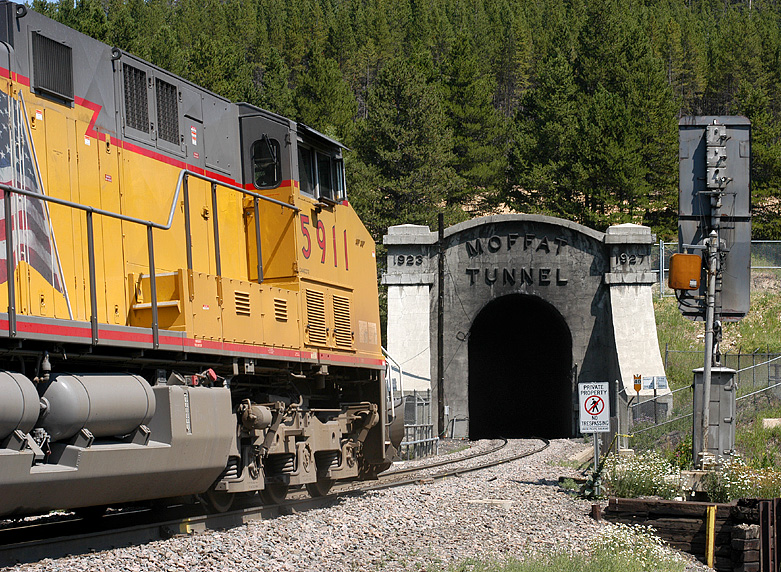 The Colorado Department of Health and Environment Water Quality Control Division issued a “Notice of Violation/Cease and Desist Order/Clean-Up Order” to the Union Pacific Railroad Co (UPR) last month, citing a number of violations of dumping into the Fraser River.

The action resulted from findings that the Railroad allegedly violated the Colorado Water Quality Control Act in a series of violations dating back to 2012. The Railroad has until March 16 to submit delinquent monitoring reports, answer allegations of the findings and respond to the Notice of Violation. Fundamentally, the Railroad needs to provide documentation detailing the history of their discharges, what Union Pacific Railroad has been releasing into the Fraser, and what they intend to do to address the problem.

The releases have been near the West Portal of the Moffat Tunnel, adjacent to Winter Park Resort. UPR has been permitted to discharge into the river for almost a decade, and has been pumping its discharge through a water treatment system for the last 12 months.

Limits on what may be discharged were defined under a permit issued in 2008. In 2015, Grand County, the East Grand Water Quality Board, and the Town of Winter Park took samples from above and below a discharge area that runs from the mouth of the tunnel to the storm drain adjacent to the road and had them tested. Samples below the discharge contained semi-volatile organic carbons and polycyclic aromatic hydrocarbons, several of which are known carcinogens, and diesel range organics that were not present upstream. None of these contaminants are regulated in the permit. The Railroad could face fines of up to $10,000 per day.

“Grand County and the members of the East Grand Water Quality Board have been engaging in the public comment process on the permits for 11 years now,” says Katherine Morris, Water Quality Specialist for Grand County. As a result of that process, the Railroad built a treatment plant that went online in spring of 2017 to remove metals, uranium, mercury and total suspended solids that are discharged with groundwater running from the tunnel, under normal operating conditions. “Unfortunately, because organics have not been included in earlier permits, the plant was not designed to remove the extreme pollution that occurs with tunnel maintenance activities. The state’s order requires the Railroad to address that issue”, Morris said. Union Pacific will be required to spell out how they will meet compliance at all times and have contingency plans in place.

The spill that impelled area agencies to sample the sediments around the discharge occurred in August of 2015, and was reported to Morris by area residents Lee Eckhoff and Marty Roberts. When it happened again in September, 2016, then district manager for Winter Park Water and Sanitation District, Mike Wageck, sent Morris pictures. Discharges in 2016 continued, and Local

Chapter of Trout Unlimited members, Kristen Taddonio and Scott Linn were instrumental in providing evidence of the events that could be submitted to the state. 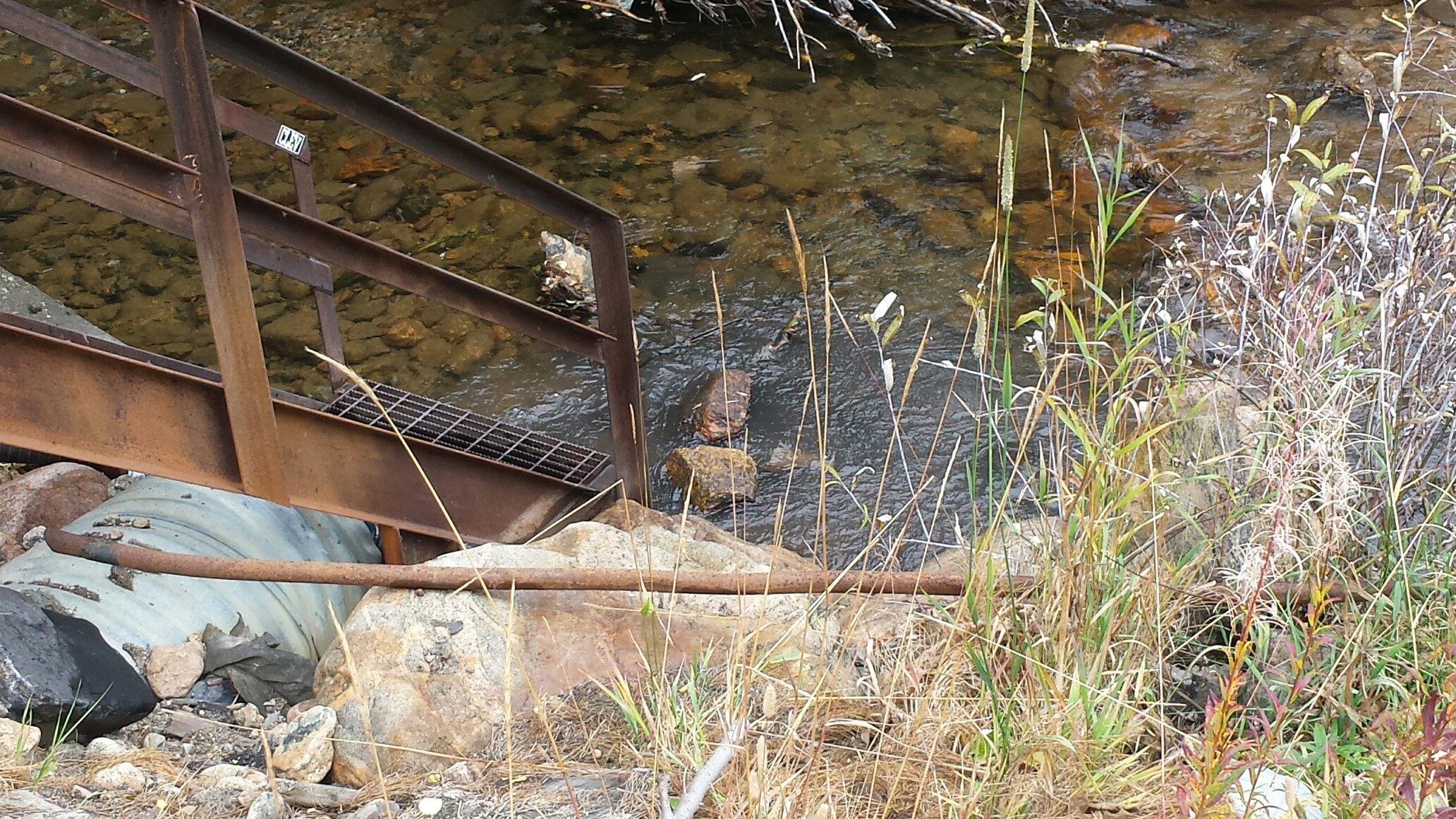 What to do if you see a spill Call the EPA’s hotline at 800-424-8802 immediately if you see: ▪ Any petroleum product in the water ▪ Any releases to waterways ▪ Any mercury spills ▪ Any sanitary sewer releases ▪ Any releases that result in injury and/or death ▪ Any deliberate releases or dumping TAKE PHOTOS OF ANYTHING NASTY YOU SEE! Unfortunately, sticking your water bottle in the river to capture a sample doesn’t really help. Samples must be in special containers and taken under specific conditions. Here in Grand County, our local contact for water quality is Katherine Morris. Katherine is our County’s Water Quality Specialist. You can call her at 970-725-3058 or email her at kmorris@co.grand.co.us Katherine wants to know about funky, toxic water and disgusting stuff getting into our rivers. She’s funny that way. For more about the EPA and spill reports, follow this link to their website. You can also call the CDPHE at 877 518 5608.

Pursuant to the permit, UPR is required to monitor all applicable effluent parameters coming out of the tunnel monthly, and provide discharge monitoring reports to CDPHE. Violations of this part of the permit were noted several times throughout the last 6 years. According to the report, in July 2012, CDPHE noted deficient monitoring in more than 15 parameters, including the amount of dissolved iron and magnesium entering the river.

Kirk Klanke, President of the local Chapter of Trout Unlimited said, “The Fraser River is a fragile ecosystem and a discharge of contaminants can have huge negative impacts”. Trout Unlimited has implemented a “Learning By Doing” approach to the river management and restoration. Klanke added, “I would like to see Union Pacific come to the table and play a role as a stakeholder in the Learning By Doing Project”.

Trout Unlimited’s hope is that the UPR will not only take the legally mandated steps to prevent its operations from harming the river, but will also become a partner in the effort to restore the Fraser River.”

Learning By Doing (LBD) is a unique partnership of East and West Slope water stakeholders in Colorado. “I believe UPR needs to be part of the solution and not add to our problems”, said Klanke.

Trout Unlimited attorney, Mely Whiting, suggested the UPR could work with the Learning By Doing team on projects to actually improve the stream. Whiting would prefer to see the Union Pacific Railroad make a substantial investment in the Fraser itself, rather than simply have a fine go into the state of Colorado’s general fund.

Whiting said “We are working hard to improve conditions in the Fraser River. TU challenges UPR to join Learning By Doing efforts. UPR has an opportunity to be a champion for the river and the community. We hope they take it.”

A complete look at the Report find it online at winterparktimes.com. For more on our local rivers, go to the local Trout Unlimited website at: coheadwaters.org