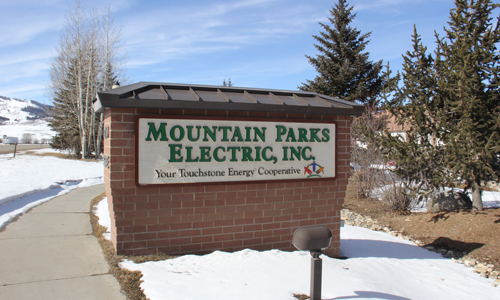 Access to reliable, affordable high-speed internet has become crucial to the economic vitality of small town America and large cities alike. Mountain Parks Electric (MPE) service area in North Central Colorado is no exception. Today, 85 percent of MPE homes have residential internet service, up from 66 percent just 15 years ago. Studies show that by 2022 the majority of modern households will expect to consume internet speeds on average of 100 meg up and down.

“Over the past year and a half, Mountain Parks Electric has heard from many of its members about the growing need for high-speed internet service,” explained MPE GM, Tom Sifers. “It affects everything from the ability to conduct business, to retaining and attracting new businesses, to real estate values, to the quality of life of homeowners, tourists and full-time residents.”

A recent telephone survey of 400 MPE members set the stage for the Boards decision to move forward with a broadband backbone vision.  87% of interviewees indicated that low-cost, high-speed internet was “very important to the future of the local economy.”

Over the last year, Mountain Parks Electric Board commissioned two feasibility studies and revealed that a retail broadband venture would require significant capital investment. The most detailed study estimated a cost of $95 million for MPE to form, construct and operate a last-mile service. This cost is notably impacted by the area’s rugged terrain, and by its sparse population. MPE serves 11 consumers per mile of electric service compared to Denver that has 80-90 consumers per mile.

“After completing both studies, which were conducted by independent consulting firms, it became clear that without significant outside investment providing retail broadband service wouldn’t cash flow,” Sifers said. “More money would be going out than coming in. It’s a much different venture than forming an electric co-op.”

One obvious contrast between the two services is that when the rural electric co-ops formed, nearly 100 percent of households signed up for service. The broadband feasibility studies estimated a potential take-rate much lower than that, around 45 percent. And to make the venture cash flow, a take-rate of 89 percent would be required. Anything significantly less than that would necessitate steep electric rate increases to subsidize the cost. MPE’s Board of Directors is unwilling to do that.

But after digesting the numbers, the MPE Board remained convinced that reliable, high-speed internet service is a valid and growing need within the community. Subsequently, at its February meeting, the Board adopted a motion to help improve broadband development in a more cost-effective manner. Instead of building an expensive last-mile (retail) service, the Board moved to construct a “middle-mile system” (MMS).

A MMS is essentially the backbone of a fiber-optic, high-speed internet network. Once constructed – over the next 12 to 24 months – it will allow for immediate electric utility operational improvements. It will also provide bandwidth capacity that existing internet providers can use to improve retail internet services throughout the area. A MMS backbone investment will not significantly impact MPE’s electric rates or financing.

For MPE’s electric utility operations, the backbone will enhance electric equipment monitoring, maintenance, and control (of substation equipment, switches and transformers), minimize the length of power outages and improve communication between the Granby office and its outposts in Walden and Kremmling. Additionally, and perhaps most importantly, the backbone will position MPE to be able to adopt technologies that may help manage future wholesale power costs, benefiting all members.

“Taking this step to construct the middle-mile allows for more time to work with the communities and counties in our service area that have opted out of Colorado Senate Bill 152,” Sifers said. Colorado Senate Bill 152 effectively banned local governments from providing any kind of television or internet service. Many communities across Colorado have voted to reverse this  regulation. “This creates a possibility, going forward, for public-private partnerships. We also are hearing more talk from our state and federal governments about new rural broadband grant funds.”  Sifers added, “Taking this step now puts Mountain Parks Electric in a shovel-ready position to react if these opportunities come to fruition.”

Short haul fiber assets by comparison have become the solution for many rural communities to enhance their broadband capabilities into the systems that feed back to the major metropolitan areas where long haul runs originate.  For example, Chicago to Los Angeles is a long haul fiber connection, while a short haul connection is from Denver to Grand County through the Moffat tunnel.

It’s important to know that Mountain Parks Electric decision is not unique several counties in Colorado have decided to put the backbone infrastructure in place. The electric coops leverage the money they have been spending on electric infrastructure they’ve spent  over time to become partners to last mile service providers (Local ISP) who already service the last mile.  It’s a free market solution for rural America.  Dan Lubar,Founder of  Slopeside Internet that services eastern Grand County  believes it makes sense.  “There has always been a need to work together in solving the broadband problems that exist in the county.

And, as a rural “last mile” Wireless Internet Service Provider [aka WISP], we’ve been waiting a long time for more competition in the fiber “middle mile” market because of the high costs of fiber access in rural places like Grand County.   Historically, wholesale fiber-based Internet access has been much much more expensive in rural places than urban ones. Tom Sifers added, “We think building a middle mile backbone makes sense for MPE as it  enables competition, while generating new revenues for the Coop.”  This is something that is happening in many rural electric associations like MPE across the rural west.