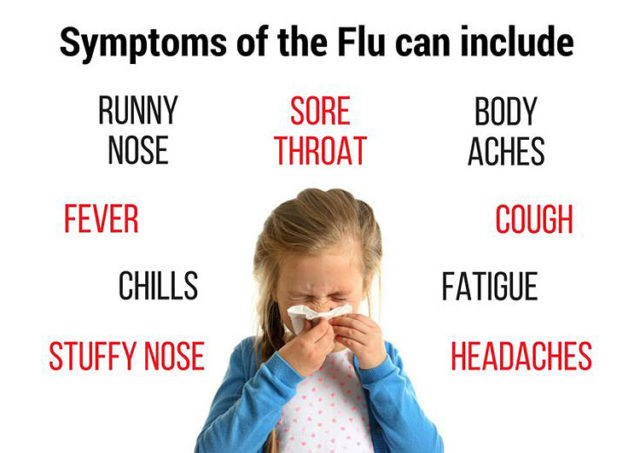 Influenza activity continues in Grand County and Colorado ranks high for Influenza-like Illness (ILI) with the Centers for Disease Control (CDC). The predominating strain is influenza A, H1N1. Although H3N2 and B viruses are co-circulating.

Since the start of the 2018-2019 Flu Season, the Colorado Department of Public Health & Environment reports (through February 16th) a total of 2,054 people have been hospitalized, 25 outbreaks have occurred in long-term care facilities, and there have been 2 deaths in children under age 18. The highest hospitalization rates are among 0-4 year olds and individuals 65 and older.

According to Grand County Public Health Director, Brene Belew-LaDue, “Flu is not a reportable disease to Public Health, unless it is a hospitalized case. So we don’t have surveillance data from the (local) clinics”. She added, “That being said, I know personally that many families are experiencing respiratory illnesses, which include colds, pneumonia, and flu”.

Last year was one of the worst flu seasons on record. More than 80,000 people, including 180 children, died from the flu and related complications in the United States. The CDC reports the current severity to be lower than last season, and while it’s not possible to say how severe the 2018-2019 season will turn out to be, at this time, severity indicators are lower than they were during a similar time-frame last season.

The 2018-2019 Flu Season will continue into May. To prevent coming down with the flu, a flu vaccine is your number one weapon against the illness. Other methods of prevention include avoiding contact with sick people; washing your hands for a minimum of 20 seconds; cover your cough; avoid touching your eyes, nose and mouth; and, cleaning and disinfecting surfaces and objects that may be contaminated. If you are sick, stay home and away from others to prevent the spread of illness.