17th Annual Blues from the Top Festival the best so far 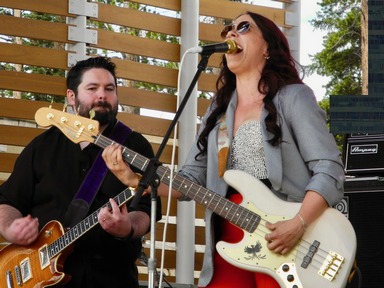 Last weekend’s Blues from the Top festival brought a collection of amazing artists to the Rendezvous Event Center stage. The two-day festival hosted by the Grand County Blues Society and their team of volunteers opened the gates to nearly 7000 music fans over the course of the weekend. The weekend lineup kept fans rocking till the wee hours each night as the Fraser Valley came alive with the sounds of the blues. One of the highlights of the Blues Festival is the “Future of the Blues’ stage featuring talented young performers from across the country proving the blues genre will carry on for a long time to come.

The evening ‘Blues after Dark’ shows at the Headwaters Center were also a great hit. The Friday night show, featuring the Mike Zito Big Blues Band, sold out weeks before the show, and Saturday night’s performances by John Nemeth and the Blue Dreamers and Selwyn Birchwood played to another packed house. 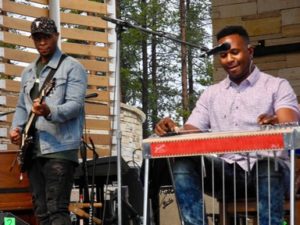 While the weather presented challenges Sunday afternoon, leading to weather-related delays, the hardy crowd held steady, making use of their extra layers, ponchos and umbrellas. Those that remained were treated to phenomenal performances by Robert Randolph and The Family Band and headliners, The Allman Betts Band.

“It takes a lot to put on this event, and it couldn’t happen without the help of our amazing volunteers,” said Grand County Blues Society president, Maria Chavez.

Festival producer and sponsorship coordinator, Tim Hubbard, added, “We are already planning for the 18th annual Blues from the Top festival, and we will again try to bring a collection of world class and up and coming blues artists to the stages of Winter Park. We are looking forward to keeping the blues alive!” 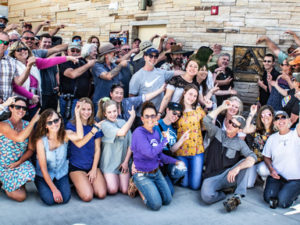 The John Catt Memorial Plaque was dedicated last Thursday night backstage at the Rendezvous Event Center. A crowd of over 100 blues fans and admirers of the late founder of the Grand County Blues Society attended the dedication. Catt also founded Blues in the Schools, Check out the Music and Blue Star Connection. “He created Blues from the Top, because, dammit! – he loved a good blues festival”, said Grand County Blues Society board member, Tim Hubbard. He thanked the board, the town of Winter Park, the donors and the fans. “We are the force behind John’s legacy and it is our responsibility to ensure his vision remains intact for many years to come.” Photo by Marilyn Stringer