Science is one of the many lenses through which we view our world. It is a field of ingenuity, creativity, and design. Needless to say, there have been countless women who have each greatly impacted varying fields within the science discipline. In this week’s women in history, I will be highlighting a few key female players in science as a whole, as well as one of the most historically famous Grand County residents. 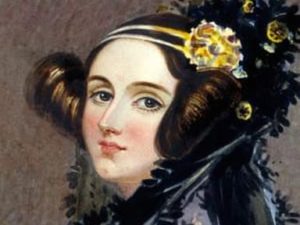 Our first story begins in 1815 in the bustling city of London, where Augusta Ada Byron, Countess of Lovelace—better known as “Ada Lovelace”—was born. Just a few weeks after Ada was born, her parents separated, and her father soon after left London. She never got to see her father again as he died in Greece when she was 8. From a very early age, Ada showed her gifts for mathematics, and this lead to her tutoring in the sciences

Around the age of 17, Ada met mathematician and inventor, Charles Babbage. Babbage was a mentor and friend to Ada, and, with Babbage, Ada began studying advanced mathematics under Augustus de Morgan, a professor at the University of London.

Ada was fascinated by Babbage’s ideas. Known as the father of the computer, he invented the difference engine, which was meant to perform mathematical calculations. Ada got a chance to look at the machine before it was finished, and was captivated by it.

When Ada was later asked to translate an article on Babbage’s analytical engine. She not only translated the original French text into English, but also added her own thoughts and ideas on the machine. With her notes incorporated, the article ended up being three times longer than the original. Her work was published in 1843, in an English science journal.

In her notes, Ada described how codes could be created for the device to handle letters and symbols along with numbers. She also theorized a method for the engine to repeat a series of instructions, a process known as looping that computer programs use today. Ada’s article attracted little attention while she was alive, but it is now widely considered one of the first concepts for computer programming. For this, Ada will be forever known in the history books as the first computer programmer.

Our next famous female’s story starts a few years later just a hop, skip, and a boat ride away, in 1870 Fort Wayne, Indiana. Susan Anderson, lovingly know as “Doc Susie”, was an American physician and one of the first women to practice medicine in Colorado. 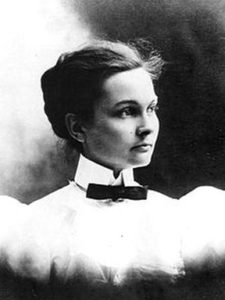 In 1891, just after graduating high school, her family moved to Cripple Creek, Colorado, since gold had been discovered there. Susan wanted to be a telegraph operator, but her father encouraged her to be a doctor instead and offered to pay for her medical school. She ended up attending medical school at the University of Michigan and graduated in 1897 as a licensed physician.

After graduating, she returned to Colorado to practice medicine, but found it difficult to find a position. She didn’t really receive a stable position until 1904, when she was appointed the coroner of Grand County. During her time as coroner, she investigated many of the deaths involved in the construction of the Moffat Tunnel railroad. In 1907, she contracted tuberculosis, and relocated to Fraser. For 49 years, she was the only physician in Fraser and this is where she received the affectionate nickname of ”Doc Susie”. During those 49 years, she tended to a range of patients and medical conditions including childbirth, skiing injuries, and particularly pneumonia during the 1918 flu pandemic. Although most of her work involved making house calls to patients, Anderson never owned a horse or car, and she was usually paid in food or firewood, rather than money.

Anderson retired in 1956. In 1958, she was admitted to Denver General Hospital in poor health and stayed there until her death in 1960, at the age of 90. “Doc Susie” Anderson was buried in Cripple Creek. She was inducted into the Colorado Women’s Hall of Fame in 1997.

The next famous female, born in Warsaw, Poland in 1867, Marie Curie is likely the most famous woman in science. Marie Curie was a Polish and naturalized-French physicist and chemist who conducted pioneering research on radioactivity. She studied at both Warsaw’s Flying University and in Paris and is best known for her achievements including the development of the theory of radioactivity (a term that she coined), her techniques for isolating radioactive isotopes, and her discovery of two elements polonium and radium. 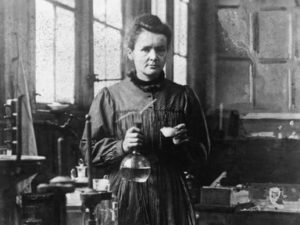 The world’s first studies into the treatment of neoplasms were conducted using radioactive isotopes, under her direction. She also founded the Carey institute in Paris and Warsaw, which is still today one of the major centers of medical research. During World War 1, she also developed mobile radiography units to provide x-ray services to field hospitals. But most notably, she was the first woman to ever win a Nobel Prize which she shared with her husband in 1903. She was also the first person to ever win two Nobel Prizes and is the only woman to have won two.

She died in 1934 of aplastic anemia, caused by the great amount of exposure to radiation she received during the course of her scientific work.

The final woman I would like to highlight in scientific history is Rosalind Franklin. Born in London in 1920, she knew from a very early age that she wanted to be a scientist. She graduated from Cambridge University with a degree in chemistry in 1942. After graduation, she received several different research and work opportunities, but most organizations refused to let her reach her full potential since she was a woman. In 1951, Franklin was offered a 3-year research scholarship at King’s College in London, where she was set up to improve the x-ray crystallography unit of King’s College, with a team including Maurice Wilkins. During this time, Franklin was able to get two sets of high-resolution photos of crystallized DNA fibers. This was the first real look at the double helix structure of a DNA strand.

Scientists James Watson and Francis Crick had also been theorizing about the double helix structure of DNA. When Wilkins, her peer and a member of the research team that helped create the x-rays, showed James Watson one of them behind Franklin’s back and without her permission, it helped confirm their double helix theory. In 1953, Wilkins and Franklin both published a paper on their x-ray data in the same, scientific journal issue of Nature, with Watson and Crick’s paper on the structure of DNA, which also used Franklin’s x-ray as evidence for their theory on DNA structure.

In 1953, Franklin went to the Birkbeck lab to work on the structure of the tobacco mosaic virus. She published a number of papers on the subject, doing a lot of the work while suffering from cancer and died in 1958.

In 1962, the Nobel Prize in Physiology or Medicine was awarded to James Watson, Francis Crick, and Maurice Wilkins for solving the structure of DNA. Franklin did not receive credit because the Nobel Prize committee does not award posthumous prizes. 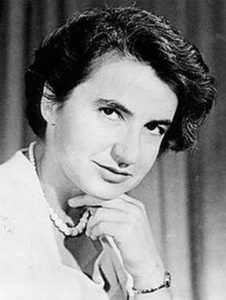