Women for the Betterment of the World 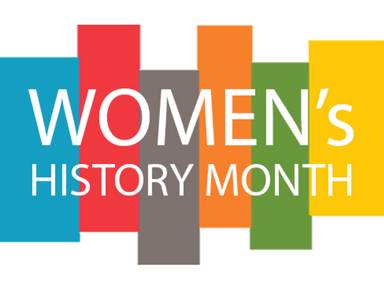 In this, the final week of Women’s History month, I will be talking about a few amazing women who helped make the world a better place. 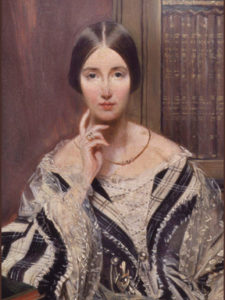 Born in 1814, Angela Burdett-Coutts, was one of the most radical philanthropists of her time. One very interesting aspect of her personal story is the way in which she acquired her fortune. Angela’s grandfather died in 1822, leaving a huge fortune to his second wife and former mistress, Harriot Mellon, who later married the Duke of St Albans. When she died in 1837, the Duchess left the Coutts estate to the 23-year old Angela, with the only condition being that Angela take the name Coutts. From there, her philanthropic ways were funded and began.

Angela’s charitability was widespread and diverse. Most renowned philanthropic work was in East London, where she helped redevelop and supply fresh drinking water to the impoverished areas. She also gave financial support to wives of soldiers serving in the Crimean War, supplied vital equipment to Florence Nightingale to improve nursing hygiene, aided the wounded of the Zulu wars, and supported army hospitals in South Africa.

She worked closely with Charles Dickens, as she supported many of his campaigns for social reform. She was opposed to child labor and funded many schools and evening classes where children from deprived backgrounds could learn skills that would enable them to earn a living. She supported cancer research, and, during the great potato famine, she gave huge sums to relieve poverty in Ireland. Named Baroness in 1871 by Queen Victoria, Burdett-Coutts was the first woman to be ennobled in recognition of her charitable accomplishments and was widely known as the ‘Queen of the Poor’ for the work she did in London.

Burdett-Coutts also supported schemes she believed might be of more general benefit to humankind. She funded David Livingstone during his African explorations, and supported Charles Babbage in his work to develop the first computer. The full extent of her philanthropy will never be known, as often her accounts simply record the sum and the description ‘Donation’. But as one of the wealthiest women of her time, it is clear that Angela Burdett-Coutts was a significant philanthropist – donating today’s equivalent of about £350 million in her lifetime.

Born into a farmers family on December 25, 1821 in Oxford, Massachusetts, Clara Barton was the youngest of Stephen and Sarah Barton’s five children. An educator and humanitarian, Clarissa “Clara” Harlowe Barton helped distribute vital supplies to the Union Army during the Civil War and later founded the disaster relief organization, the American Red Cross.

A very shy girl, at the recommendation of a renowned phrenologist, she became a teacher at age 18. She founded a school for workers’ children at her brother’s mill when she was 24, and after moving to Bordentown, New Jersey, established the town’s first free school in 1852. She resigned when she discovered that the school had hired a man at twice her salary, saying she would never work for less than a man. 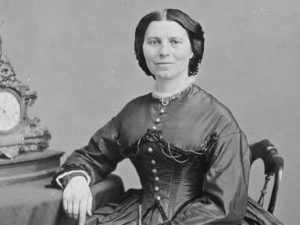 In 1854 she was the first woman to be appointed as the recording clerk for the US Patent office in Washington DC, continuing to work there until 1861, when the Civil War began. Clara quit her job to help bring supplies to Union soldiers in need and helped tend to the wounded, receiving the nickname “angel of the battlefield”. Although she had never had any formal medical training, she was officially named head nurse for one of General Benjamin Butler’s units in 1864.

Later, she joined Frances Gage in helping prepare slaves for their lives in freedom. After the war, Barton helped locate missing soldiers, marked thousands of graves, and testified in Congress about her wartime experiences.

In 1869, Barton traveled through Europe where she learned about the International Red Cross, established in Geneva in 1864. Once she returned to the US, Barton started building support for the creation of the American society of the Red Cross by writing pamphlets, lecturing, and even meeting with President Rutherford B. Hayes. On May 21, 1881, the American Association of the Red Cross was formed and Barton was elected president in June. In 1882, the US joined the International Red Cross.

Barton remained with the Red Cross until 1904, attending national and international meetings, aiding with disasters, helping the homeless and poor, and writing about her life and the Red Cross. She was also an ardent supporter of women’s suffrage. In 1904, she established the National First Aid Association of America, an organization that emphasized emergency preparedness and developed first aid kits. Her Glen Echo, Maryland home became a National Historic Site in 1975, the first dedicated to the achievements of a woman.

Rosa Louise McCauley was born in Tuskegee, Alabama, on February 4, 1913. McCauley attended rural schools until the age of eleven. As a student at the Industrial School for Girls in Montgomery, she took academic and vocational courses. Parks went on to a laboratory school set up by the Alabama State Teachers College for Negroes for secondary education, but dropped out in order to care for her grandmother and later her mother, after they became ill.

In 1932, Rosa married Raymond Parks, a barber from Montgomery. He was a member of the NAACP,  which at the time was collecting money to support the defense of the Scottsboro Boys, a group of black men falsely accused of raping two white women. Rosa took numerous jobs, ranging from domestic worker to hospital aide. 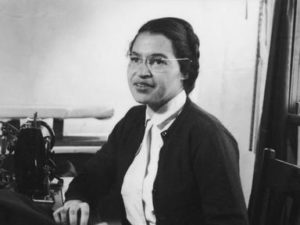 On Thursday, December 1, 1955, 42-year-old Rosa Parks was commuting home via bus, from a long day of work. At the time, segregation was written into law; the front of a Montgomery bus was reserved for white citizens, and the seats behind them for black citizens. However, it was only by custom that bus drivers had the authority to ask a black person to give up a seat for a white rider. There were contradictory Montgomery laws on the books: One said segregation must be enforced, but another, largely ignored, said no person (white or black) could be asked to give up a seat, even if there were no other seat on the bus available.

Nonetheless, at one point on the route, a white man had no seat because all the seats in the designated “white” section were taken. So the driver told the riders in the four seats of the first row of the “colored” section to stand, in effect adding another row to the “white” section. The three others obeyed. Parks did not.

“People always say that I didn’t give up my seat because I was tired,” wrote Parks in her autobiography, “but that isn’t true. I was not tired physically… No, the only tired I was, was tired of giving in.”

Word of her arrest spread quickly and E.D. Nixon, a figurehead in the civil rights movement in Alabama, was there when Parks was released on bail later that evening. Nixon had hoped for years to find a courageous black person to become the plaintiff in a case to test of the validity of segregation laws. Sitting in Parks’ home, Nixon convinced Parks, that she was that plaintiff. Together, they decided that the blacks of Montgomery would boycott the buses on the day of Parks’ trial, Monday, December 5. By midnight, 35,000 flyers were being mimeographed to be sent home with black schoolchildren, informing their parents of the planned boycott.

On December 5, Parks was found guilty of violating segregation laws, given a suspended sentence and fined $10 plus $4 in court costs. Meanwhile, black participation in the boycott was much larger than anyone had anticipated. Nixon and some ministers decided to take advantage of the momentum, forming the Montgomery Improvement Association (MIA) to manage the boycott, and they elected Reverend Dr. Martin Luther King Jr.–new to Montgomery and just 26 years old—as the MIA’s president.

Appeals and related lawsuits made their way through the courts, and on November 13, 1956, the Supreme Court ruled that bus segregation was unconstitutional; the boycott ended December 20, a day after the Court’s written order arrived in Montgomery. Parks later became known as “the mother of the civil rights movement.”

Facing continued harassment and threats in the wake of the boycott, Parks and her family moved to Detroit, where Parks became an administrative aide in the Detroit office of Congressman John Conyers Jr., a post she held until her 1988 retirement. In 1987, she co-founded the Rosa and Raymond Parks Institute for Self-Development, to serve Detroit’s youth.

In the years following her retirement, she traveled to lend her support to civil-rights events and causes and wrote an autobiography, “Rosa Parks: My Story.” In 1999, Parks was awarded the Congressional Gold Medal, the highest honor the United States bestows on a civilian. (Other recipients have included George Washington, Thomas Edison, Betty Ford and Mother Teresa.) When she died at age 92 on October 24, 2005, she became the first woman in the nation’s history to lie in state at the U.S. Capitol.

I hope you enjoyed learning about a few lovely ladies who helped improve this wonderful world, as well as all of the other wonderful women I previously highlighted this month. If you missed one of the four editions to this series, you can find them in the archives at winterparktimes.com.