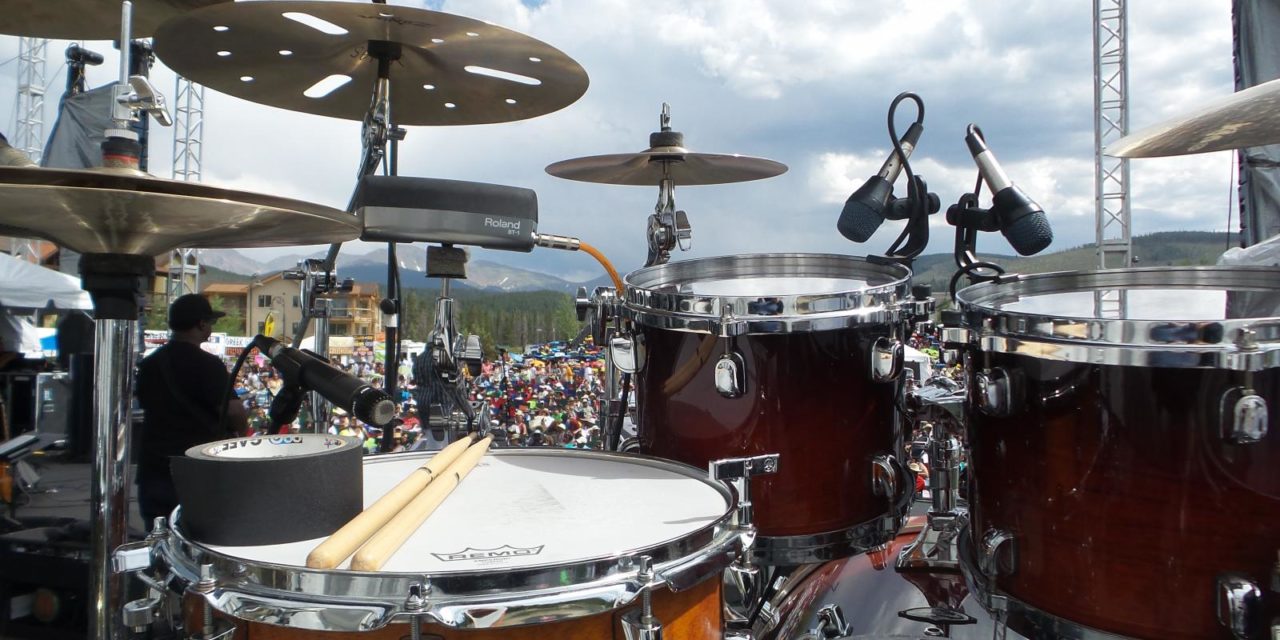 This Saturday and Sunday, Winter Park and the Fraser Valley celebrate smooth jazz and R&B with the 36th Annual Winter Park Jazz Festival. Performers and attendants alike will crowd the Rendezvous Event Center, dancing and celebrating at a music festival that, almost forty years ago, was the beginning of Winter Park and Fraser becoming more than merely towns that thrived during the winter season.

About forty years ago, after the closure of Winter Park Ski Area each season, the towns of Fraser and Winter Park would resemble ghost towns of the old west. Little summer activity existed, and this made it extremely difficult for a sustainable economic demographic to develop. Catherine Ross, Winter Park Chamber Director, recalls, “people started realizing that we needed to do something in the summer — nothing was open”.

A group of visionaries got together to change this. They called themselves Winter Park Music Inc. They wanted to host a summer event that would bring people to town. In the beginning, Ross recalled that “the resort started to build activities”, such as the alpine slide.

Those with Winter Park Music Inc wanted more, “a kind of event that would bring people here in the summer”. This group were “real visionaries – because no one was looking to do something like this”. At the time, other ski towns were not interested in cultivating a year-round community.

But that was just the goal of Winter Park Music Inc, to “bring people to the mountains in the summer to create a year-round economy”. In the end, the idea arose to host a music festival, inspired by other similar jazz festivals that were popular along the East and West Costs at the time, one being the Newport Jazz Festival.

“Now you just think everybody has music festivals”, said Ross, but “the festival idea in the mountains was new”.

In the very beginning, businesses gave their own money to support the idea. This “was a huge risk because nobody knew if people would come up in the summer”.

The first concert was held at the ski area and was actually a reggae concert. The following year, the concert turned to jazz. “Jazz was big then, and you could afford to do it”, said Ross. Performers like Ray Charles came, and other big names created a foundation for a solid audience.

Since then, Ross stated that “we’ve evolved this show to what the audience wants”. Today the Jazz Festival tends to feature more smooth jazz and R&B. Additionally, the music is now showcased at the Rendezvous Event Center at Hideaway Park in downtown Winter Park. This venue holds around 5,000 attendants, depending on how many people are dancing versus picnicking on blankets.

Each year, the jazz festival continues to grow, not just in attendees, but economically. The increase in sales tax stands as concrete evidence that this music festival still serves its original purpose – to create a sustainable year-round community for the people and businesses.

Additionally, the group Winter Park Music Inc is still a very active part of the music scene. Robin Wirsing is the President, and she explained that “Winter Park Music Inc has a board that does all of the volunteer work”. From here, they work with the chamber, as “a lot of the funding for the music festivals comes through the Chamber or the Town”.

The Jazz Festival is one of the larger music festivals of the summer, though many more events now occur. In 2018 alone, the Switchback music festival and the Blues from the Top event have rocked Winter Park. Also, the High Note Thursday concerts each week see great attendance.

Forty years ago, other ski towns were not pushing for year round sustainability as Fraser and Winter Park were. Music festivals were not the commonality they are today. Those behind the idea of the first jazz festival were ahead of their time, foreseeing a way to start the summer vision of a town that used to only come alive during the winter months. Today, other towns across Colorado and the nation now have mirrored this idea to make sustainable growth development year-round.