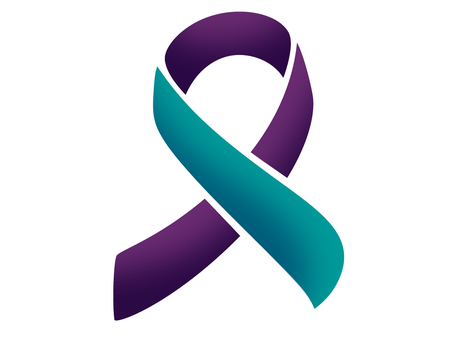 It is that time of the year when the snow is (sort of) melting, green fuzz has begun to appear on aspen branches, birds with happy songs are arriving in droves, and days full of sunshine are getting longer.  On top of that, we live in an area of abundant natural beauty- fresh mountain air, clear streams, breathtaking vistas, and beckoning trails. One might think these would be universal prompts for happy feelings, a sense of well-being, satisfaction with life, etc.  But I think it is worth wile to understand that quite the opposite is also true.

Every year for the last 50 years, from the months of April to June, it has been well documented/recognized that there is an increase in suicide rates.   In addition, our little slice of heaven sits right smack dab in the middle of a region known as “the suicide belt”. Both of these sobering tidbits of information, although depressing – are vitally important; as someone you know and/or love may be suffering from depression/suicidal thoughts, and it is essential to keep this on your radar – even in spring, even in the beautiful mountains.  So, what is going on?

As it turns out, nobody knows.  There are multiple theories about the spring seasonal peak in suicide.  One theory is that the increase of pollen/allergens causes systemic inflammation (allergic reaction) in some people, which has been associated with an increase in depression and suicidal thoughts.  Another idea is that people with depression may experience motivation to act on suicidal thoughts when the days get longer/brighter; and/or this type of weather change can trigger manic behavior in persons who suffer from bipolar disorder.  Yet another theory is that the push to get out and socialize in the spring- rather than binge-watch Netflix in a kind of winter hibernation- puts extra pressure on those at risk, which can increase their feelings of social isolation. I’m not sure what I can recommend here – maybe make sure you or anyone you know suffering with allergy symptoms seeks effective treatment?  Or maybe invest in a good pair of sunglasses (never a bad idea)? Or maybe abide by the advertisements on the back of the Winter Park bathroom stalls and avoid winter hibernation? The most important thing I can communicate, though, is that you need to recognize this.

A little less elusive is this so-called “suicide belt”.  If you were to lay out a map of the U.S.A., and draw a nice circle around the string of mountains called the Rockies, your mark would include “the 20 best places to live in winter”, six national parks, multitudes of resort/vacation destinations, probably a few moose – and you will have drawn “the suicide belt”.  It is known as such because people living at high elevations are 30% more likely to commit suicide. It is thought, not surprisingly, that this is related to low oxygen levels- this tampers with brain chemistry, causing a drop of serotonin and an increase in dopamine. I’m telling you this because it is a neuro-chemical problem- the people that are experiencing this issue cannot simply “get over it”, put on their “big girl panties”, or pull themselves up by their own boot straps.  They can, however, have a friend like you that may recognize the risk and talk to them, or ask them how they can help, or navigate them towards mental health services, etc. Some other well-known risk factors seem to occur more frequently in the “suicide belt” – access to firearms, social isolation in rural areas, a culture of rugged individualism, poverty, and a demand for mental health services that seems to outpace the supply.

Here are some things to look out for, that might indicate a person is at risk for suicide (taken from WebMD):

Focuses on death– there may be talk of wanting to die, or fixation on the topic of death and dying.  They may research ways to kill themselves or buy a gun/knife/pills.

Shows despair– The person may talk about unbearable pain, or feel like they’re a burden on others.

Makes plans– The person may take steps to prepare for death, such as updating a will, giving away stuff, saying goodbye.

Swings in mood or sleep– The person may be sad, anxious, depressed, or angry; they may also be irritable, moody, or aggressive.  But they can suddenly be calm once they’ve decided to go through with the suicide. They may sleep a lot more or less than usual.

Alcohol and drugs– Substance abuse raises the chance of suicide.  Using a lot of drugs/alcohol may be an attempt to dull the pain and/or harm themselves.

Acts recklessly– The person may take dangerous chances, such as driving drunk or having risky sex.

How to help–Take all suicide warning signs seriously.  Your involvement and support may help save a life.  Don’t be afraid to ask your loved one if they are thinking of suicide, is depressed, or has problems – this won’t cause them to act on their feelings, but it can help ease suicidal thoughts.  Encourage the person to talk to a mental health professional. The National Suicide Prevention Lifeline is always open – you can reach a trained counselor at 800-273-TALK (8255). If someone is threatening to kill themselves, do not leave them alone.  Call 911 or, if you can do so safely, take them to the nearest emergency room.

So this lovey spring, in the beautiful mountains, don’t forget – every year, around 42,000 Americans die by suicide, more than a million others attempt it, and around 9 million people think about it.  But it is preventable – not only by doctors, or specialists, or counselors/psychiatrists, or churches – but by you, recognizing someone at risk.