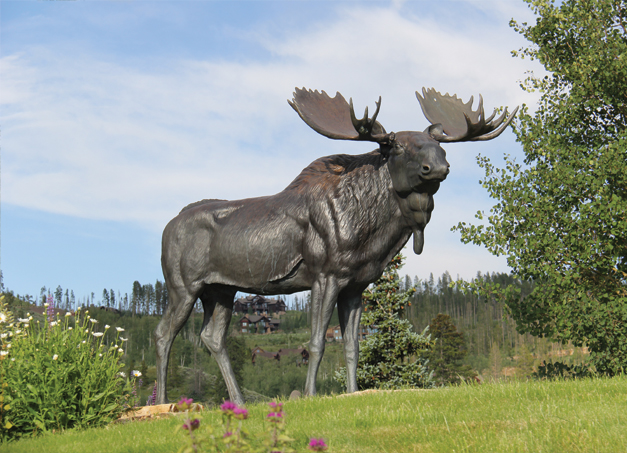 Next, on second reading and following a public hearing, Ordinance 513 was passed which amends various sections of the Winter Park Town Code regarding alcohol and marijuana. The adjustments are based on recent changes made to State of Colorado statutes.

The council also approved Ordinance 514, an emergency ordinance authorizing purchase of Hideaway Junction Lot 6, 108 Trestle Drive. The motion approves expenditure from the Town’s housing fund, with the emergent nature being due to the timing of closing, which did not allow for the standard process of going through two separate meetings for approval. The new Town Manager, Keith Riesberg, will take occupancy when he and his family arrive in Winter Park.

Council next approved Resolution 1630 for the amended final plat of Vasquez Creek Townhomes. The amended plat allows the owners of Units 5-8 to acquire additional land from their homeowners’ association in order to repair structural failings.

During the Progress Reports segment of the meeting, Fraser Valley Metropolitan Recreation District Director of Parks, Recreation and Golf, Scott Ledin, told the council he was headed to the Board of County Commissioners meeting to attend a workshop related to Headwaters Trails Alliance (HTA) funding. He told the council that all of the initial IGA partners, of which FVMRD is one, had been invited to attend in support of seeking long-term, stable County funding for HTA’s operational expenses, which are currently underfunded.

Ledin also told the council “things are winding down” for summer. “Much needed rain has been falling and Pole Creek Golf Course is in great condition”, said Ledin.

The Grand Park Community Rec Center will be closed the week of September 16-21 for annual maintenance and a deep clean of the facility.

Ledin stated that they have engaged the same architectural firm that helped build the original Rec Center to look at expansion feasibility and site condition challenges at the Rec Center. “I don’t know what it looks like right now, but 9 years later, we need to look at it”, said Ledin.

Ledin updated the council on the Ice Rink refrigeration project, telling them it now includes a locker room, coaches meeting room, with 3-phase power completed to the site. There’s been a delay in custom equipment delivery, but Ledin hopes to have it in place by October. He told the council there’s been a lot of community support, volunteers and he appreciates the town’s support for this “wonderful addition”.

Winter Park Fraser Chamber of Commerce Executive Director, Catherine Ross, told the council that the Chamber had been working with Winter Park Resort on their events this summer. The Summit Assault, set for September 8th at the Mary Jane base, has participants running from the base up to the top of the Eagle Wind chair and back down. The Alpine & Ales Oktoberfest follows at the base of Winter Park with live music, beer sampling and chainsaw carving.

Fallfest features the 18th annual Kids Fall Fest at the Rendezvous Events Center with kids activities, inflatables, etc. The Headwaters Center is hosting Dino Day with wagon rides, and, and there will be a Plein Air ‘paint off’ at Rendezvous that day as well.

Ross told the council the SolShine event did okay, the Uncorked Wine Festival sold out and Country in the Park tickets were selling pretty well. 106.7, ‘The Bull’ is the new country radio station on the front range that’s also been promoting the event, generating a lot of interest.

The Chamber will be moving at the end of September to new offices, sharing space with Real Estate of Winter Park in the old bank building. Ross said the space needs a lot of work for them to be able to move in and they’re doing their best to get it worked out. “We’re excited about the move, but we’ll need to do some education”, said Ross. There are no public restrooms in the new location.

As for storage, they will make use of the three large storage bins housed at the Rendezvous Events Center, located behind the stage or may move the containers somewhere else for the winter. “We need to purge 25 years-worth of stuff”, Ross said. “Anything that is left will be demolished”. The goal is to use no more than 3 storage containers and to store strategically. “Less is more, it’s good for your soul”, Ross declared.

In Staff Reports, Transit Manager Michael Koch told the council the Transit Advisory Committee had approved recommendations for several line changes. Koch said he was in the process of finalizing the winter routes with Mike Fudge of First Transit and would present them to Town Council soon. Koch also confirmed the expected date of delivery of the next two new buses to be in January 2019.

Interim Town Manager, Stan Zemler, discussed the new Chairlift Beautification Program. He told the council that 3 of the 20 chairs the resort had given them had vanished, so there are 17 chairs to work with. Fraser’s Public Arts Committee (PAC) had put out a Call for Artists, and, “Winter Park can be involved as much as they would like”.  Council Members Ferrari and Kutrumbos volunteered to serve on the art committee for the Zephyr Express Chairlift Beautification Program, in collaboration with the Town of Fraser.

Catherine Ross asked if one of the chairs could be used for a fundraising event, in conjunction with the Grand Foundation and Winter Park Resort, during the upcoming Oktoberfest. Ross told the council they’d like to feature a live painting of the chair during the event and have lined up an artist from Denver to make it happen. Something like this “ties it all together and makes a good story about the Resort’s collaborative efforts with the community”, said Ross.

Other areas of discussion revolved around environmental stewardship, the Colorado Compact, maintaining a balanced community, between livability and economic vitality, ongoing projects, and governance.

“Putting in workshops helps keep these items on our radar”, said Zemler. It’s “60% what you do know and 40% you don’t know what’s out there”. He told council he needed direction from them to draft agendas for the workshops and plans to “hold to these sessions”.

Zemler stated they also wanted to work with the Resort company on their development plans, which had last been updated in 2007. The goal is to “invite them in to brief us on developments”, said Zemler.

He also told council that he is available to help with Keith Riesberg’s transition into the Town Manager role. “Options are on the table”, said Zemler.

Capital Projects and Parks Director, Gerry Vernon, provided an update on the Ski Idlewild Road project. He said when they had planned the project in 2009, the project assumed a 2% grade to the crown of road, but the drain to the west side is actually 1% and the east side is 4%. Vernon told the council the road had not been constructed to town standards, which requires 5” of asphalt. He told them they were finding 2-3” in samples. “You cannot mill 2’ off of a 2.5’ thick road”, said Vernon.

Vernon also told the council the project bid came in at $450,000, which is $120,000 over the budgeted amount. Additionally, in order to fix the road and bring it to code, they’ll need to mill the road surface down to road base, reshape it, and add 5” of asphalt to the entire section of road to allow for initial project completion. The cost for the fix is estimated at another $200,000 – $250,000.

Vernon told council he was looking into where responsibility lies for the existing asphalt on Ski Idlewild Road – the contractor’s, the developer’s or the town’s, and, whether there is any recourse. Council told Vernon they didn’t want to slow the project down and want to make a decision soon, so Vernon agreed to look into options of phasing the project to better align with the 2018 and 2019 budgets, spreading the cost between years, and, other spacing options for the often-congested stretch of road and would report back with information soon.

Mayor Lahrman told council that he’d had lunch with Winter Park Resort President, Sky Foulkes the previous week and they talked a lot about marketing. He said he’d also been at Senator Cory Gardner’s office recently to talk about Corona Pass connectivity and had also been in contact with the USFS and the County.

He told the council that he had recently spoken with two Fraser Trustees about a plastic bag ban and discussed doing it on a regional basis, with the towns of Fraser and Granby. Fraser’s “doing a good job taking the lead, and we should stay in contact on this”, said Mayor Lahrman. Community Development Director, James Shockey, will be the Town’s contact on this initiative.

Councilman Ferrari said he’d received homeowner feedback on Vasquez Road, proposing a three-way stop sign, because there’s no stop on the uphill side at top of the road. “Bikers are endangered, because cars come in pretty hot when they cross on to the forest service road”, said Ferrari.  Fraser Winter Park Police Chief, Glen Trainor, told the council that this would not comply with the Manual on Uniform Traffic Control Devices. “If we ticketed someone, they could bring the manual in to dispute, and, it is difficult to enforce something that doesn’t comply”, said Trainor. Instead, Trainor suggested they look into a vertical displacement to slow people down, such as a speed bump or ditch.