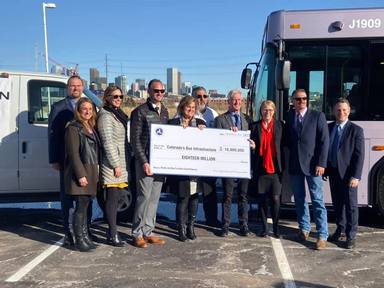 At Tuesday night’s meeting, all members of council were in attendance. Town Council worked through the agenda which was followed by an Executive Session to receive legal advice from the town’s attorney regarding litigation with Cornerstone Winter Park Holdings.

The Headwaters Center will be hosting a New Year’s Eve celebration with Grand County Blues Society. The event will run from 8 pm – 1 am and will feature live music by Honey Island Swamp Band and the Ben Miller Band. Hearing no public comment regarding the upcoming event, council approved the permit unanimously.

Winter Park Resort had submitted an application for a special event permit for the upcoming Venture Out Fest, to be held on Saturday, December 14 from 9 am – 6 pm, over the Thanksgiving holiday weekend. The event will feature a variety of local and regional vendors, exhibits, and fireworks at the base. Councilman Chris Seeman noted the late timing of the application and suggested Town Clerk Dani Jardee urge the resort to submit future applications in a more timely manner. While on the agenda as a placeholder, council unanimously approved the permit as presented.

Mayor Lahrman introduced Resolution 1735, amending the Employee Agreement with the Town Manager. In lieu of a 3% salary increase, the severance provision of the agreement will be amended to provide a one-year severance, in the event employment is terminated without cause. “We made the amendment to the agreement because we are looking for long-term stability in this position,” said Mayor Lahrman. Council approved the amendment unanimously.

Finance & HR Director Lizbeth Lemley presented Resolution 1736, the proposed mill levy for 2020, to council as part of an annual budget requirement. Lemley explained the Grand County Assessor had certified the assessed value of property within the town at $136,554,800. For 2020, the mill levy will be set at 3.436 mills (1.765 general operating, -.329 temporary mill levy reduction to comply with TABOR, and 2.00 natural resources/forestry mills) on each dollar of total valuation of all taxable property within the town’s borders. The estimated revenue generated from the mill levy assessment will be $469,201, based upon the net valuation. Council approved the mill levy as proposed unanimously.

Town Manager Keith Riesberg presented a proposal to council amending the proposed financing of the new Public Works facility from $10 million to $11.5 million, the total estimated cost for construction. Initially, the town planned to fund amounts over the $10 million Certificates of Participation (COP) funding from the General Fund. Riesberg explained the difference in financing the full amount would be nominal, since they had been looking at issuance of $11.5 million all along.

The ratings are anticipated to be released on December 13, 2019 and priced on December 17, 2019. The town hopes to close on financing before the end of the year, but made provisions for an additional year of financing, should the closing not occur until 2020.

Council approved the proposed changes in financing. Hearing no public comment, they approved Ordinance 526 unanimously. Riesberg told council he would let them know how the COP pricing turns out at the meeting on December 17.

Community Development Director James Shockey presented Ordinance 527 for the second reading and public hearing. The second amendment to the Roam Final Development Plan had been approved by the Planning Commission on November 12. The developer requested to amend the setback for front-loaded or rear-loaded garages on private drives of access easements to a maximum of 5’, thereby eliminating the option of parking in front of the garage and allowing for higher density. Homeowners would have two parking spaces in the garage and access to overflow parking for visitors.

Properties located on a public right of way and side-loaded garages would have a 20’ minimum parking apron measured from the garage face to the edge of the property line.

During the public hearing, local realtor Cliff Anderson expressed his concern with the proposed amendment to the new development related to the 5’ setback. “I think that’s ridiculous,” said Anderson. He pointed out that other new developments in town had successfully managed to accommodate parking in front of their garages. “I think this development should be at least as nice as those already in town,” he said, adding, “not crammed – there will be cars sticking out causing ingress/egress problems.”

Mayor Lahrman asked Shockey, “What was the thought process for this?”

Shockey explained, “It is a compact neighborhood. This was discussed during Final Development Plan review. The 5’ setback does not allow cars to park in front of the garage.”

“I heard and understand that the reason is to create higher density,” said Anderson. “That’s my point. They have enough land – they do not need to cram it for more density. There are a lot of developments created over the last 20 years and they still allow for adequate parking in front of the garage.”

When the public hearing was closed, council passed Ordinance 527 in a 6:1 vote, with Mayor Lahrman dissenting.

Finance & HR Director Lizbeth Lemley presented the first reading of Ordinance 528, appropriating additional funds to defray expenses in excess of amounts budgeted for 2019. Lemley explained there were three budget items that had been approved for expenditure in previous meetings. The ordinance authorizes payment for the three amounts.

Council approved the first reading unanimously. The second reading will take place at the next meeting, on December 17.

Manager Riesberg told council that, with the start of the snow season, the town is pushing out requirements for not allowing parking on town streets overnight. He said they will provide a courtesy notice to a first time offender, but repeat offenders will next be tagged by the Fraser Winter Park Police Department and, if they continue to violate the parking restrictions, the vehicle will be towed. “We are mostly seeing cooperation and compliance,” said Riesberg. “It is not our intent to ticket and tow, we are trying to keep cars off the street.”

Mayor Lahrman told council he had just returned from Denver where he and Transit manager, Michael Koch, received the $12 million grant from the Department of Transportation for the new Transit Facility. Federal Transit Administration Administrator, Jane Williams, flew from Washington DC to present a total of $18 million to grant recipients in Colorado on Tuesday. The $12 million awarded to Winter Park represents 66% of the total amount awarded.