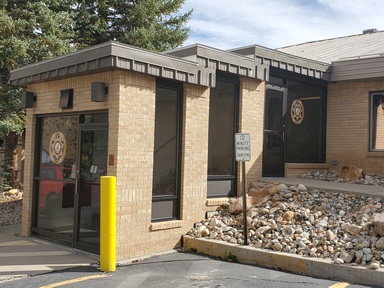 On Tuesday, November 5th, 2019, Grand County voters are going to decide on a tax measure that would increase the sales tax throughout Grand County by 0.2%, which equates to 20 cents on a $100 purchase. The tax will be used to help fund a new Public Safety Facility (County Jail) and services associated with the Grand County Sheriff’s office. According to language in the Ballot measure, the new addition to the county sales tax would sunset in 20 years.

There have been pros and cons for the 1A Ballot measure identified through public comment and a comprehensive county needs assessment. A summary of these bullet points can be found at the end of this article. The “Pros and Cons” section is meant to serve as an objective, factual summary of Ballot Initiative 1A, which will be placed on the November ballot.

The Public Safety Facility discussion process began about eighteen months ago and the county has determined the location, immediate needs and facility size. They are now trying to secure the funding to move forward with the project. Last spring, Commissioner Kris Manguso said, “I am opposed to going into debt without this going to a vote of the people,” a comment voiced by all three county commissioners throughout the process.

The Board of County Commissioners (BOCC) had initially identified close to $55 million in facility needs, that would’ve have included EMS, Public Health and Human Services and Animal Control facilities. Commissioner Rich Cimino said, “ Right now, we have limited resources and we need to prioritize the county jail.”

The county enlisted architecture firm, Reilly, Johnson & Associates (RJA), to help determine the needs of our growing community projecting a long list of facility needs in a twenty year growth cycle. RJA specializes in this type of facility and they have been to the drawing table a couple of times over the past year and a half fine-tuning space requirements and basic design elements. The Sheriff’s Office and Detention Facility rose to the top of the county’s list of priorities, and final draft estimates for a new facility set the cost at about $27 million. Interestingly, the cost to remodel the existing structure came in about $2 million higher. The county plans to finance the new facility in part through Certificates of Participation, a type of lease-financing agreement, general funds and savings drawn from surplus and the 2019 1A Ballot initiative, which, if approved, would increase the county sales tax by 0.2% for the next twenty years, or sooner, when the debt is repaid.

The Grand County jail was built in 1983, and the codes for construction 35 years ago were not up to today’s standards. Several major issues have come to light over the years and now have become an annual drain on the county budget. 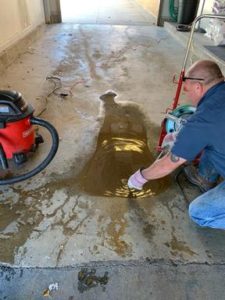 The Sheriff’s Office, a department of our county government, is in charge of the jail facility and have been dealing with a long list of mechanical system, technological and facility failures in recent years.

An electrical system fire two years ago closed the facility for months, while damages were repaired, but one of the biggest problems in the facility today is the plumbing system. At least one section of sewage pipe in the facility has collapsed on itself. Grand Lake Plumbing has determined it cannot be repaired, after multiple attempts to clear the line they have concluded a section of the wastewater system pipe under the building has collapsed and needs replacement.

Cimino said, “We’ve been spending thousands of dollars annually maintaining the facility and various repairs reflect on the safety of our citizens and officers.” The consultants have determined it is cheaper to build a new facility rather than try and fix all the problems associated with the old building materials and design.

Sheriff Brett Schroetlin said, “The facility has several major issues, but many of the safety concerns revolve around mechanical systems and officer safety.”  Schroetlin estimates his added repair and upkeep cost for mechanical systems, repairs and facility problems at more than $250,000 annually.

On top of the outdated equipment, door locks and safety systems, the facility sewage system has a couple of major issues that regularly cause wastewater and raw sewage to backup in the facility. Last weekend, an inmate flushed a piece of clothing down the toilet that caused a backup in the kitchen and garage area. “This is a common occurrence in correctional facilities.” Schroetlin said new facilities are designed to prevent this type of incident from becoming a problem because newer facilities install a sewage grinding system and filtration systems to prevent backflow.

Undersheriff Wayne Schaffer said, “In the spring, when snowmelt and water from the roof enters the plumbing system, we expect flooding in the basement.” Last year, a major flood cost the county $40,000 in repairs, but on top of the repair cost, the facility was forced to close while repairs and decontamination efforts were completed. The wastewater system flooded a couple of offices, lower hallways, the records storage area and evidence room which are located in the north half of the basement area. That flood forced another closure of the facility which included moving inmates to Routt and/or Summit County facilities. “That is not free room and board from our neighbors, we pay for their facility usage and transportation,” Schroetlin said.

John Hartlauer, Detention and Maintenance officer, has been dealing with the facility issues day in and day out for a couple of years. Hartlauer, a locksmith by trade, said, “We have old doors that are not up to today’s standards.” The facility is a wood frame interior with steel door jambs and frames that are now having issues after years of use and normal building wear and tear. According to Hartlauer, “We need to replace several mechanical systems, including some of the steel doors and jams.”

Schroetlin said,” John Hartlauer has been a huge asset to our department. His skills and knowledge have helped us reduce the ongoing maintenance costs, but we have a long list of problems that are too big for bandaid solutions.” 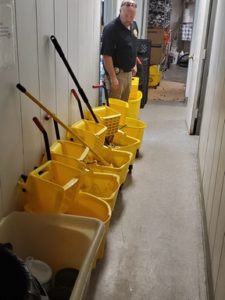 “The new facility will address some deficiencies in the old facility design,” said Shroetlin. The average daily population varies during peak seasons, but the county jail averages 20-35 inmates a day. “The overall bed count in the new facility will be similar, but the new design addresses some juvenile and mental health needs and room for expansion.”

If the ballot measure passes in November, that is the next step in the process. The County expects the facility would take 18 months to construct, and if all goes well with architectural design and finance, the facility could break ground as early as the summer of 2020. Schroetlin said, “We will continue to deal with the everyday problems, because if the measure passes we would probably not be ready to occupy the new facility before 2022.

The Grand County Board of Commissioners has placed a question on the November 5, 2019 ballot asking the voters to approve a county-wide 0.2% sales tax increase to fund new a new Public Safety Facility in Hot Sulphur Springs.

The existing Public Safety Facility has suffered damage from fire, water, and sewage issues as well as safety equipment failures. Each of the incidents resulted in significant costs to repair. According to the Grand County Sheriff, the current condition of the Public Safety Facility does not provide nor accommodate the appropriate safety measures. The safety of the Sheriff’s personnel directly affects their ability to protect and serve the citizens of Grand County.

The Grand County Sheriff stated that the Public Safety Facility no longer meets correctional facility standards. The Board of County Commissioners, with public input, identified it as the most critical need of the County because of significant concerns for the safety and security to law enforcement personnel, visitors, and for those detained.

The Detention Center, Sheriff’s Department offices and 911 Dispatch are 35 years old and don’t meet the County’s needs. They are not safe for the Sheriff’s staff or for those detained.

The safety of the Grand County Sheriff’s staff is a top priority for the Board. The employees need to work in a safe space.

A portion of the sales tax revenue will come from visitors and part-time residents of the County.

The amount of people visiting Grand County is increasing and this creates increasing demands on the Sheriff’s department.

After investigating all options and costs, the Board of County Commissioners determined that constructing a new facility is more cost-effective than remodeling and provides an opportunity to accommodate for future growth.

The Board of County Commissioners determined that locating the new Public Safety Facility near the existing Judicial Center is safer for both personnel and detainees, as well as more cost-effective than other locations.

The increasing amount of tourism in Grand County heightens demand as well as raises maintenance and operational costs for County services. Implementation of an increased sales tax would affect all people utilizing county resources rather than a property tax which would solely affect property owners.

The County’s existing Public Safety Facility is 35 years old and could still be used for a long time assuming upgrades and good maintenance.

The Grand County economy has been on an upward trend, which would likely result in more revenue for the County with or without a tax increase. That revenue could be used to pay for the new Public Safety Facility.

Grand County could set aside enough money to pay for the new Public Safety Facility without a tax increase.

Increasing the sales tax could have an impact on tourism, local residents, and businesses.

A portion of the sales tax revenue will come from full-time residents.

The location of the new Public Safety Facility and its construction could impact residences neighboring the facility.

A majority of the public consists of law-abiding citizens who are not directly affected by the condition of Grand County’s Public Safety Facility.

The approval of this ballot initiative will increase taxes in Grand County.