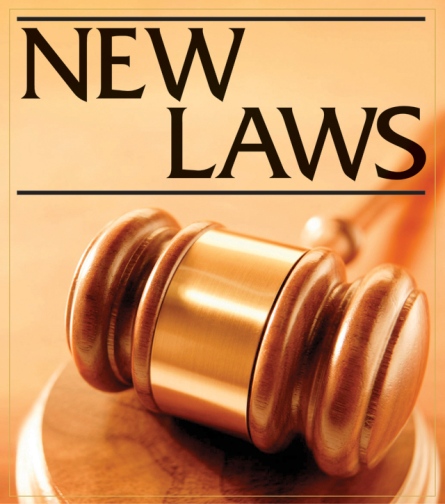 A number of new laws went into effect in Colorado on January 1st.  In 2018 Employers, debt collectors, teen sexters and pot growers are among those who have new laws on the books this year.  Here are a few .

Home Grow Marijuana
Starting on January 1, the state will regulate the number of plants being grown in each house by residence and not by person.
Last year, up to six plants were allowed in each house per person living there that is over the age of 18. But as of January 1st 2018, all residences will be limited to a maximum of 12 plants unless certain requirements are met. This law is also subject to county and city restrictions, meaning fewer plants may be permitted.
The plants must be grown in areas that are enclosed and locked away so that minors can’t get to them.

Retail Marijuana Sales
Colorado is also cracking down on retail stores that sell marijuana in an effort to prevent so-called looping.
Looping is where someone goes into a marijuana dispensary repeatedly during the same day to buy marijuana.
The modified rules limit sales to a single transaction per person per day. It also punishes the establishments that sell marijuana to people if employees know, or should reasonably know, that the person has already purchased their limit.
The language of the law also changed to prohibit not the sale but the transfer of retail marijuana to people who have already purchased the legal limit.

Hit-and-Run Accidents
Starting in 2018, the Department of Revenue can choose to suspend a person’s driver’s license if they leave the scene of an accident that seriously injures or kills someone.

There must be a preponderance of evidence, however, that the person was the driver of the car involved in the accident and that they left the scene.

Currently, a driver’s license can only be revoked after the driver has been convicted of the crime.

If the person’s license has been suspended, they will have an opportunity to make a written request for a review and hearing for a probationary license.

Hospital Costs
In an effort to empower patients, a new law will force health care providers to disclose charges for services they perform.

The Transparency in Health Care Prices Act requires providers to put together a list of the prices for at least 15 of the most common services it provides to patients.

However, the new law stipulates that these pricing lists are estimates and not the final price for patients.

Teen Sexting
A new law lessens the consequences teenagers could face if they are caught texting sexual images to juveniles. Under the new law, prosecutors would have the ability to file misdemeanor charges instead of felony charges.
Right now, teens are charged with sexual exploitation of a child, which is a class 3 felony. The new law would lower the punishment. It also would not require those found guilty to register as sex offenders.
Beyond that, the new rules pave the way for diversionary programs to help teens understand why they are being punished.