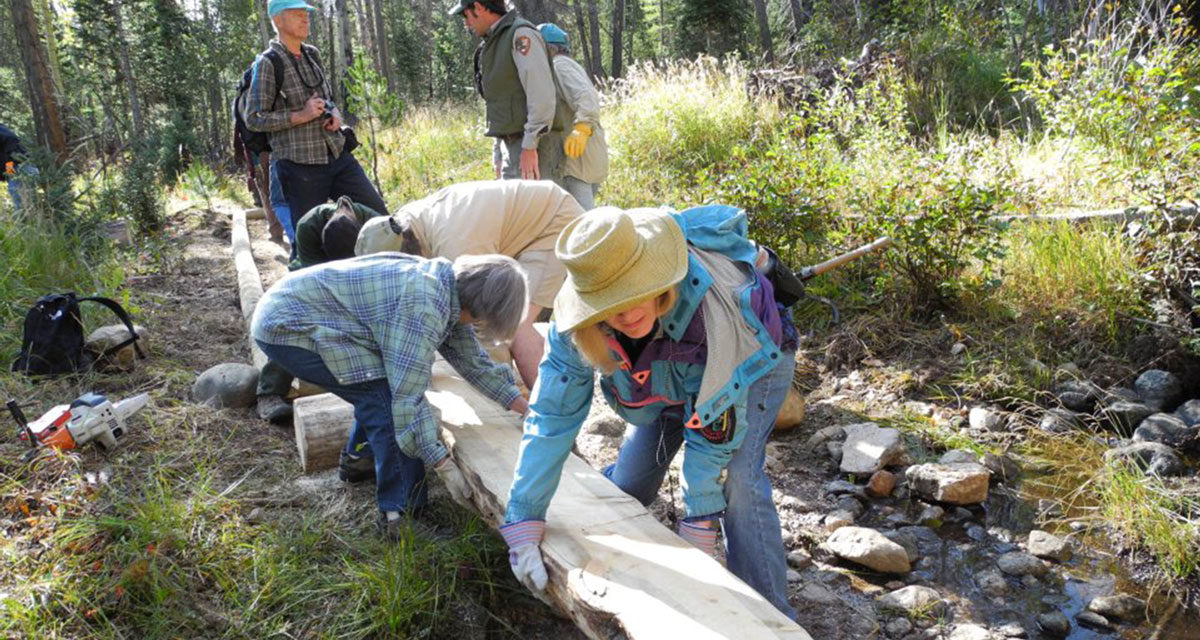 On October 4, during the BOCC 2019 Budget Hearings, the Commissioners discussed whether to include a budget line item for Headwaters Trails Alliance (HTA) in the amount of $40,000. The amount had been added by staff as a result of previous discussions between the county and HTA, and had not appeared in previous year’s budgets as a line item.

Commissioner Richard Cimino stated that “earmarking the funds was the exact same thing as putting it in as a line item” on the budget. By not allowing Grand Foundation to vet the grant applications and financial data and make appropriate recommendations “it’s diverting the whole purpose”.

The commissioners then shifted focus to the Open Lands, Rivers and Trails (1A) Fund, the result of a .3% sales tax that was approved by voters in 2016. According to county staff, the fund is projected to collect between $1 million and $1.5 million annually, until it sunsets in 2026. 1A funds are available for hiking and biking trails maintenance, currently limited to a maximum of 15% of the total amount of available funds, or between $150,000 – $225,000 each year.

Finding the 1A funds to be the best solution, the commissioners unanimously agreed to remove the $40,000 from the budget line, and reduce the amount contributed to the block grant/ donor-advised funds administered by the Grand Foundation. “The message is they’ve got availability at 60K with 1A funds”, said Commissioner Cimino.

Several times over the last year, Headwaters Trails Alliance (HTA) Executive Director, Meara McQuain, along with board members and staff, have appeared before the Board of County Commissioners (BOCC), requesting a dedicated source of operational expense funding from the county.

The county does not have a dedicated trails department. HTA was formed in 1996 to implement the Grand Possibilities: Grand County Headwaters Trails Master Plan, developed by Grand County Department of Planning and Zoning and a cooperative effort between Grand County Board of Commissioners, County Planning Commission, Grand County Colorado Tourism Board and the Rivers, Trails and Conservation Assistance Program of the National Park Service. In effect, HTA is not just a nonprofit, it serves more as an instrumentality of the government.

HTA’s annual operational expenses, which include salaries, taxes, insurance and associated overhead, amount to $120,000 per year. As a nonprofit, most of HTA’s funding comes from grants and contributions and, generally, there are no grants available that just apply to operational expenses. Most grants allow the applicant to submit estimated operational expenses with the total cost of a specific project, typically, between 5-20%.

McQuain told the Winter Park Times that ‘using 1A funds solely to cover our operational expense is not a reasonable solution”. Each project that HTA applies for is different, and the administrative and operational expenses vary by project. When averaged out, it’s somewhere closer to 15% for most projects, and it will be very difficult to reach $60,000 in operational expense costs for trail maintenance projects.

“Biking and hiking trails maintenance is only about 35-40% of what we do”, said McQuain. “HTA is not the only entity applying for funding and it is difficult to develop and maintain a budget with so much uncertainty.”

In a document obtained by the Winter Park Times, the Town of Fraser recently engaged Attorney Paul Wisor of Garfield & Hecht, P.C. to conduct an analysis of the original 1A Ballot Question and determine the validity of the 15% cap imposed by Grand County on 1A funds for trails maintenance.

When published and presented to voters in 2016, the Ballot Question specifically provided that money generated from the sales tax increase must be deposited in the Fund and used solely for the purposes of 1) keeping water in the Colorado River and other rivers, 2) conserving land and natural habitats, and, 3) maintaining hiking and biking trails. While the measure listed a 5% cap on administrative expenses, it made no mention of the 15% cap on biking and hiking trails.

Wisor also found that the Commissioners could not bind future Commissioners and should be permitted to amend the Resolution, as well as the Bylaws, and, that it would not need to go to a vote of registered electors of the County, since the voters had not been given the opportunity to vote on the 15% cap originally.

Commissioner Richard Cimino told the Winter Park Times that he was glad the legal opinion was done. “I applaud the the Town of Fraser for doing it”, he said. “I support removing the 15% cap”.

“This is not an HTA-only funding issue”, said Cimino. “I would like to see the county block grants go to zero and put the question of funding nonprofits to the voters.”

While no decisions have been made, if the Commissioners choose to remove the 15% cap, this would potentially allow more funds to the most competitive category of the Open Lands, Rivers and Trails Fund.

The Open Lands, Rivers and Trails Advisory Committee (OLRTAC) is in the process of reviewing the Fall 2018 grant cycle applications, having received 1 application for Open Lands and 6 for Trails. The OLRTAC will present their recommendations to the Commissioners on November 13.