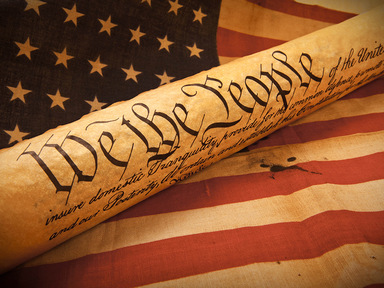 Next week, Grand County residents and visitors will be treated to the 8th Annual US Constitution Week in Grand Lake, known as the Premier Constitution Week Celebration in America and including nationally-lauded speakers, music festival, fireworks display, and Kansas City Barbeque Society sanctioned cookoff and competition!

“We the People of the United States, in order to form a more perfect Union, establish justice, insure domestic tranquility, provide for the common defense, promote the general welfare, and secure the blessings of liberty to ourselves and our posterity, do ordain and establish this Constitution for the United States of America.” … And thus begins the most important legal document governing our nation, going on to articulate the fundamental principles that are meant to guide and unite both leaders and citizens in a common framework.

Similarly, “bringing citizens together” was the primary motivation behind Grand Lake’s now well-established U.S. Constitution Week, according to event founder and Grand Lake resident Tom Goodfellow. More specifically, the idea was to “bring citizens together and to educate with the idea of having a better understanding of our founding fathers and the US Constitution.” Goodfellow first proposed the idea after the town’s 2012 4th of July fireworks display was cancelled, due to fire danger. “Of course, everyone was disappointed and citizens were trying to decide what event or when to shoot off the fireworks that had already been purchased,” he explains. “I felt it should be related to something of historical nature about our country or military.” Subsequent research led him to the discovery of Constitution Week, enacted into law by President Eisenhower and the Daughters of the American Revolution in 1956, but not widely celebrated. And thus, the event was born!

Eight years later, Grand Lake’s Constitution Week has grown into a full-blown celebration. There have been over 30 speakers over the years and both constitutional scholars and “street smart” folk are invited to speak, just not politicians. Local restaurants act as venues for the speaker sessions and provide appetizers for attendees. Local lodging establishments offer lodging for guest speakers. And immeasurable volunteer hours are put into planning and implementing the event.

Grand Lake Chamber of Commerce Executive Director, Emily Hagen, also notes the event’s growth and positive impact on local businesses. “Grand Lake is so much more than a summer-only town,” she says, “and Constitution Week has certainly laid the foundation to increase visitation in September. In 2018, the Town of Grand Lake reported car counts just 200 short of vehicles counted on the 4th of July, and sales tax collections have continued to increase in what once was considered an ‘off season’ for the Town.”

This year, event coordinators are excited to welcome back Kevin Sorbo, of “Hercules” fame, as the keynote speaker. Sorbo is also a director, producer, actor, and proud advocate of free-speech. He will speak on Saturday, September 21 at 11:00 AM in the Town park. Other not-to-be missed events that day are the BBQ competition, with a $10,000 purse; music festival, featuring Grand Lake’s own Peggy Mann Band, Buckstein, and the Lowdown Drifters; the raffle drawing and silent auction; and the fireworks show over Grand Lake at 8:30. But Goodfellow would not want you to miss out on the rest of the week’s planned festivities. He especially recommends Thomas Krannawitter’s Monday night speakeasy talk, titled “Is the US Constitution Racist?”, and Thursday’s speaker, Penn Pfiffner, addressing Colorado’s constitutional TABOR amendment in “Colorado Taxpayer’s Bill of Rights: Can you Justify it?”

The event has not been without challenges, as admitted by Goodfellow himself. The 2016 event prompted controversy with keynote speaker, Milwaukee Sheriff David Clarke, when things got political at an event that has worked hard to remain non-partisan. But Goodfellow chalks it up to the “nature of the beast.” “Of course, Constitution Week has some critics,” he acknowledges. “I don’t expect that to change, but we do try to listen and make adjustments.”

However, this year’s energy surrounding the event seems to be one of solidarity among the County’s local political groups and of continued enthusiasm and learning, even for Goodfellow. “I think the most astonishing thing I have learned since the inception of the event is just how absolutely brilliant our founding fathers were.” For more information, a complete event line-up, answers to FAQs, and the complete text of the US Constitution, visit the event webpage at www.USConstitutionWeek.org.