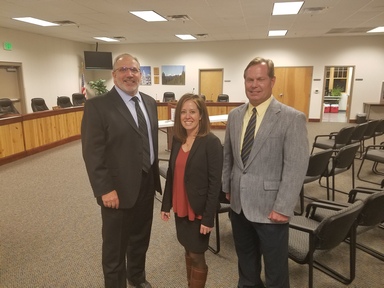 Grand County Manager Lee Staab is retiring effective February 15th.  Three candidates are being considered for County Manager at this time; Katherine McIntire, Scott Meszaros, and Don Rosier. The county held a meet and greet with the candidates on Tuesday night at the Town Hall in Granby then a series of interviews on Wednesday.

According to BOCC Chairman Rich Cimino, “We had three great candidate finalists. We made a decision but can’t release the names until we finalize an agreement”

Cimino said, “We hope to announce a new county manager and county attorney sometime next week.”  The Winter Park Times staff will post the update on our website once available.