At the August 14th Board of Trustees meeting, during Public Comment, Granby Ranch Development Administrator, Colleen Hannon, told the Board that she wanted to come forward and make a statement on Short-Term Rentals. Hannon told the Trustees that Granby Ranch would like to be part of the conversation on the subject of STRs and plans to broach the subject with HOAs this fall. Areas of interest include potential business licensing, guest safety, sales and lodging tax. “For us, what we see as more people are discovering Grand County, is RV’s parking on streets not designed for long term parking, and trash also increased, meaning more bears”. Hannon added “We don’t want to see any bears destroyed”. There are also ‘dark sky’ issues, since second homeowners aren’t always there. STR’s “totally light up the sky with lighting”, said Hannon. Other issues include loud parties, dogs at large and clean up, ATVs trailers and parking. “Mainly, it’s a lack of education and a blend of HOA, town and responsibility of the short term renter”, stated Hannon.

The attainable housing component of the Sun Communities Development, Smith Creek Crossing is a Manufactured Home, land-lease community. The development will have an entrance from US 40 with ‘right in right out’ access. Adjacent to the River Run Ranch RV community, there will be about 310 units with a combination of perpendicular and parallel lots combined.

The homes will have carports or garages, with the option to add another bedroom by eliminating that option. They will be constructed off-site, with contemporary high-end finishes, exposed beams, rustic and consistent design elements. The homes will be delivered on wheels and they will remove the wheels and axles upon placement.

Home costs will start at $99,000 and go to about $199,000, depending on size and options selected. Lot rent will be between $500-600 per month to start and includes snow removal, maintenance and onsite management. Rent may increase 3-4% annually. There will not be an HOA in the development, other than possibly a social group for homeowners.

The developer may begin taking reservations in the next 30 days, when marketing and reservation sales systems are ready.

The goal is to open July 1, 2019. Depending on various conditions, they may choose to phase in the first 150-200 units at first and complete the balance, depending on the market, in 2020.

The developer will maintain a minimum of 3 month short-term rental period and reserves the right to have a mix of employee, rental and owned units within the development.

The developer may offer some of the units on a rental basis at a cost of $1,500 per month for a 2 bedroom unit, and over $2,000 per month for a 3 bedroom unit. The Trustees noted the costs of rent were not very affordable, given wages paid by most local employers, and observed it would be cheaper to buy a unit.

The town and the developer will need to come to an agreement on the development’s covenants, as a condition of the approval of the Ordinance.

Town Manager, Aaron Blair told the Board he’d recently met with the Town’s traffic engineer to talk about options to slow traffic through town. He noted that better crosswalks help, but the flags don’t seem to be slowing people down. Drivers don’t understand they must wait until the pedestrian is all the way through the crosswalk before they resume speeds. Blair stated “as the town continues to develop downtown, better amenities will naturally slow people down”.

Blair is preparing a Workshop for the next meeting to discuss options. The workshop will be held prior to the August 28th Board of Trustees meeting and public comment will be sought during the workshop.

Blair also discovered that the property where the Moffat Road Railroad Museum is located is part of one large parcel, known as Kaibab Park. The Town would have to subdivide the parcel to consider selling it to the museum, and Blair did not recommend pursuing this option. Blair also found a letter in old files, from the Mayor, dated in 2010, that indicated the Town’s support for the water tap fee. The letter stated the Town would would pay $4,900 for the tap fee, but it was never approved by the board.

Mayor Chavoustie told the Board he’d had a conversation with Tom Hawkinson at the Town of Winter Park on building permits. Winter Park issues building permits for the towns of Fraser and Granby, as well as their own. Chavoustie said they’re going to renegotiate due to significant revenue ($1,000,000 estimated) generated by all the recent development in Granby. He told the Board he will prepare a presentation on a workable plan with a fair structure and go through it with them soon.

The Granby Police Department followed up on a call regarding a new speed bump at Grand Elk. Since it was located on a public roadway, owned by town, only the governing authority has the right to put a speed bump in and the speed bump was removed.

Chief James Kraker told a group of Grand Elk residents in attendance that once the town became aware, they could be liable. He said that a speed bump must have proper signage advising drivers that it’s there. Another area of concern is for emergency vehicles. Ambulances have to slow down and if they don’t see it, injury can result.

He told the residents that it’s “not to say you can’t have it, but the Police Department must first determine that it needs to be there, or an alternate location, with proper signage.

Chief Kraker gave the residents his input on the “right way” to do this. He said you must determine true numbers of traffic volume. He told them they had placed the ‘speed trailer’ in the location. The speed trailer is equipped with with a card that tells volume and times of day, which will help decide how best to address this issue. “The potential liability is a huge concern”, said Kraker.

There is a 25 mph speed limit in neighborhood, but residents report drivers coming down the hill off the dirt road are going much faster. This is why they’d placed the speed bump in the first place.

Chief Kraker said he would like to discuss statistics which should be available soon, at a future board meeting. He also invited the residents to ride along with an officer, to see speeds, with laser in hand. “It is eye opening”, he said. “I encourage everyone to spend an hour to see that”.

The Trustees encouraged the Chief to engage the Town’s engineers to assist with statistics. The Chief told the Board he would have information at the next meeting on the 28th. 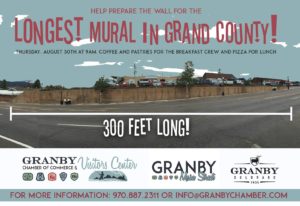