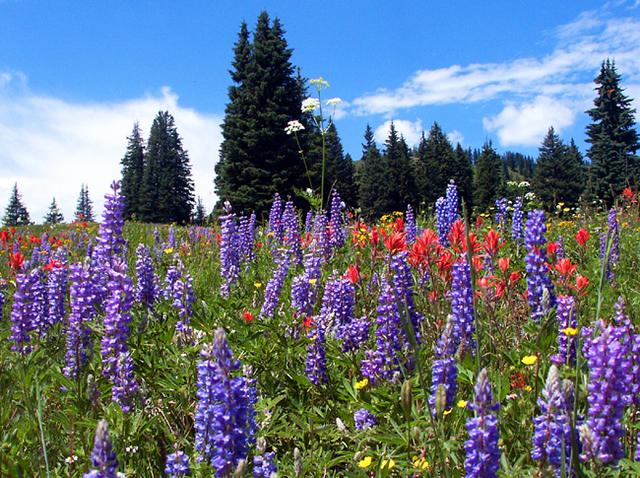 At the July 24th Board of Trustees meeting, the trustees approved extending the Sun River Run Ranch flood plain deadline to August 31st.

They next moved into a discussion on Short-Term Rentals (STR). Town Manager, Aaron Blair, told the Board that he was looking for direction on what the town should do to regulate them? Blair told the Trustees he’d looked at what Grand Lake was doing and asked if they would be interested in doing something similar. Grand Lake has a one-time application fee of $150, plus annually, the permit cost is $600. Grand Lake splits the fees collected, utilizing 50% for town marketing and the other 50% goes into an affordable housing fund.

The biggest question is how to identify properties being rented on a short-term basis. There are probably many that are not paying applicable taxes on rentals. The Trustees recognized that it is in the Town’s best interest to support the STR market, as long as it benefits the town in the long run. But they also expressed the need to make sure they would not be taking away long-term rentals, which are already in short supply. The Town had recently approved Accessory Dwelling Units (ADU) to help solve the long-term housing market void.

Several options regarding STRs were discussed by the Trustees. Enforcement would most definitely be necessary, maybe issuing an annual sticker to be placed in a front window would identify registered rentals, an appropriate annual fee, whether to charge a per pillow fee, setting nightly minimums, maximum number of nights, not wanting to interfere with existing hotel operations were items discussed during the session. The Trustees felt that a portion of fees collected should go to Law Enforcement, since they’re the ones that get called out most frequently. The Trustees acknowledged that they’re behind some towns in the area and thought it would be good to meet with other towns to see what they’re doing before solidifying a plan.

A resident of the Innsbruck subdivision addressed the Board, stating “We didn’t know we had a problem until one moved next door to me”. Suddenly, “up to 13 customers have occupied the 3 bedroom home next door”. She cited specific issues such as smoking outdoors during fire ban, the volume of folks and their vehicles and that 9+ people is a de facto party. The home has a hot tub on the deck and they have to close their windows when they’re out there. “This is a residential area that is operating commercially”, she said. Their HOA recognizes that second homes could be snapped up for use as STRs. AirBnB has even sent letters to homeowners, reaching out to help them set up their home as a rental. There is definitely a need to limit occupancy to a reasonable number for optimal parking and trash needs. So that all homes “resemble what our neighborhood was built around”.

A second homeowner from Granby Ranch suggested limiting the number of nights the rental can be rented out. “Let neighbors enjoy the area they bought into”, she said. “The Town of Malibu in California limits the number of days a home can be rented per year and it seems to work well.”

Mayor Chavoustie told the Board that the Edgewater development allows short-term rentals. He said that “Every person inquiring on a home purchase has asked if they can rent it out”. The homeowners are required to pay an additional $300 to HOA for the additional wear and tear. Chavoustie observed that “It changes the feel of the neighborhood”. He said he has had people knock on his door at 10 pm, asking for more towels. “We want to get ahead of this”, said Chavoustie. Aaron Blair will work on a draft and schedule a workshop. He will also look at a town map and determine best locations for allowable STR units.

Blair presented the Board with a Capital Improvement project list, telling them they needed another $272,000 for additional projects. These projects included the Fraser River project at Kaibab Park, Town Hall heat tape and soffit replacement, and traffic calming enhancements which prioritize child safety at all crossings.

Other items he added for consideration included the Granby Trails development, transit (shelter development), entry corridors, the water interconnect and water tank upsize discussed at the previous Board meeting. He emphasized that they need to decide on these soon, so they don’t miss the opportunity. It was estimated at about $400,000 to upsize the Sun River Run Ranch water tank to serve the two parcels north of the tank. The interconnect would cost about $500,000. “It doesn’t make sense to develop trails and bathrooms if we don’t have water”, said Blair.

Town Finance Director, Sharon Spurlin, confirmed that increasing the size of the tank is a general fund expenditure, not a North water expense. The Well 3 installation to Sun water treatment plant would also come from the general fund. The Board commented that the interconnect may not ever be used, but it’s a good thing to have in the event of drought.

The Trustees next reviewed a Memorandum of Understanding (MOU) with EGSD reflecting a new arrangement for the Soccer Dome where they will now contribute $5,000 toward maintenance, in lieu of paying utilities. The Town will also contribute revenues up to $10,000 toward the fund. EGSD does not pay rent for the facility. Fees from other schools and soccer clubs are part of the revenues earmarked to pay utilities. A reserve has been set up, and the Town moved $10,000 into the fund at the end of 2017 to cover costs associated with replacement of the expensive soccer panels and other items that may surface.

The Town owns the structure, but the property is owned by the school district. The facility generates income when groups rent the facility and it operates on a “pretty balanced” budget. Previously, EGSD had paid about $3,000 annually, so the amount in the MOU is an increase. The Board approved the MOU unanimously and made the effective date August 1.

Blair introduced Granby Ranch second homeowner, Matt Gerard, who gave a presentation on Road Standards. Gerard is a civil engineer who has worked on roads across the country. “The process for road standards are pretty straightforward”, said Gerard. “Think of it as a stool with three legs – a weak leg will eventually fail”.

When creating a road design, the engineer must consider the “rules for the road” – what code is the designed driven by? Speed, sight distance and maximum grade are all factors. In construction, the rules the contractor follows are compaction requirements for the subgrade, the type of asphalt and lift requirement.

The Town had a Public Works Manual drafted in 2006, but it was never adopted. Blair felt comfortable that he could develop a draft of road standards for the Trustees to review, which will enable the Town to accept roads that are constructed or rebuilt in the future. Even if the Town does not have to maintain the roads, it will provide guidelines for homeowners associations to utilize, per their Subdivision Improvement Agreements, to judge whether they are acceptably constructed.

“It is better to have it in place to work with, so everybody knows the rules” said Blair. “Our rules should apply to all. It’s a good business practice and it makes sense.”  The Trustees directed Blair to move forward with the draft.

Next, Dave Naples with the Grand County Model Railroad Club and Moffat Road Railroad Museum discussed the 24-month payment plan for a water tap fee, which is required for the Museum to receive its Certificate of Occupancy. Naples told the Board that he did not have $16,000 to pay the Tap fees. He told the Trustees that he’d heard from museum backers and board members expressing concern with the fee. “Why does the town charge a tap fee for their own property?”, asked Naples. The Museum is on land leased by the Town to the Museum at a cost of $10 per year.

The Board asked “In a perfect world, what would you like, Dave?” Naples stated that they’d like to purchase it, and the adjoining parcel.

The land the Museum is on was obtained with grant funds, and the Town was not sure whether sale of the property was an option. Town Attorney Scott Krob told the Board that they would need to look at the grant. He added that, if the property was going to be used for governmental purposes, it must go to a vote, but if no use is anticipated, the board can write an ordinance to sell it. “The grant will determine what we’d need to do to sell it to the club”, said Krob.

The Board expressed their support of the the Museum. Mayor Chavoustie stated “Museums are great – they’re a destination. I would like to see it succeed since it’s already there, with the equipment, time, money, and energy spent. I would like to get it to C.O. stage and see some traffic inflow” to the Museum.

Naples described his current dilemma. He told the Board that they had 4,500 people come through last Christmas in the seven weeks the Museum was open. “I don’t have $16,000 to put toward water and sewer right now”, he explained. “We don’t have the money, and without a C.O., we can’t open.” Naples went on, saying “I cannot open for Christmas – that’s where we are at. If I had the money, I don’t know if I’d feel comfortable agreeing to pay for a tap on property I don’t own. You’re forcing me to pay these fees, even though the town owns the property.”

Naples told the Board he was confident that museum backers would help pay for the purchase of the property and the associated tap fees, upon purchase. If he was open year-round, he felt the Museum could be profitable, even though entrance is by donation.

Board members felt that the museum had not moved far enough along in the eleven years since it was leased to the Museum, that buying other things when other things were not finished was not not the best use of funds. Naples explained that, as a nonprofit, certain funds received for specific purposes cannot be utilized for other costs and must be utilized for what they’re received for.

The Board told him they appreciated his passion and reiterated that they’d like to see it open, as soon as possible. The Board agreed to issue the Museum another temporary C.O. for operation during the seven-week holiday season and agreed to look into whether sale of the property to the Museum would be possible.

In Staff Reports, Police Chief Jim Kraker talked about their plans for the August 7th National Night Out at Polhamus Park. There will be a community picnic, and they’ll also be landing a helicopter at the park. It will take place from 5:30-8pm and was planned in conjunction with the Granby Rec Department. He also said they’re planning a workshop before the next board meeting with the new code enforcement officer, who started Monday.

To find out more, visit: townofgranby.com.