Granby Board of Trustees: Public Art, STRs and Marijuana

At Tuesday night’s meeting, the trustees unanimously approved the continuation of the Public Hearing for the Rodeo Apartments to the October 22 meeting. Town Manager Aaron Blair provided an update, saying the plans would first go before the Planning Commission. He also told them that HUD had approved financing and they were very close to negotiating an easement for direct access on to US 40.

Manager Blair shared a listing of the citizens interested in participating in the newly created Public Art Committee with the trustees. Ten applicants with diverse backgrounds had submitted letters/emails of interest. Blair asked the trustees if they felt the number was sufficient or whether to expand advertising to sources other than social media. “The ordinance states a committee of 5-7, but that is up to you,” said Blair.

Trustee Josh Hardy said, “I think we have gotten a good number.”

Trustee Nick Raible asked, “How do we select them?”

Manager Blair replied, “Have them come up to speak, or look over their letters of interest.”

Trustee Natascha O’Flaherty said, “I’d like to hear from them. I think it’s fair to give them notice and give them the opportunity to speak.”

“I would like to hear them all at once,” said Mayor Pro-Tem Deb Shaw.

“It’s a board direction,” stated Blair.

Mayor Paul Chavoustie stated, “I would like the committee to be formed. They may have an idea of what needs they will have in time for budget.” The 2020 draft budget is due October 15.

“We could open it up and have them come to the next meeting,” said Trustee O’Flaherty.

“It’s a good idea for them to meet before budget, get together and think of what they’d like to do,” said Shaw.

Noting that six of the ten candidates were in attendance, the trustees invited them to come to the podium to make an introduction.

Sarah Cichon-Douglas: “I just love art. I studied it in college and got a degree in art theory. Slowly my art world has started to re-emerge as my son gets older and I would love to see Granby put on the map. I would also like to get school kids involved.”

Jan Martin: “I have no background in art, just music.“

Autumn Bishop: “I am interested in being involved in this committee and am receptive to chairing it. I have a huge passion in making sure there’s buy-in. We would take a lot of time to explore ideas on the committee and reach out to community stakeholders. That would be something I’d be really focused on.”

Deb Brynoff: “I have lived in this town for 40 years. I have always been interested in beautification of the Town of Granby. I have a little more time on my hands and am very happy to be involved. I love art.”

Tracy Navarrete: “I am interested in the town as a whole, in transparency and communication, making Granby a great place for people to come and stay.”

Sarah Villa: “I agree with Autumn on involving the schools. It will get the community more involved. I am interested in helping bring everybody together, so we can agree and can enjoy the art.”

Another candidate, Hopper Becker, reported to Trustee Hardy that he was stuck in traffic and couldn’t make the meeting.

“Thank you everybody,” said Mayor Chavoustie. “We will move this to the next meeting and get you ready for brainstorming sessions on immediate vision and budget for next year. Thank you!”

Manager Blair presented the trustees with 2 options for Ordinance 918, amending Title 5 of the Town Code by adding Chapter 5.20, STR regulations and registration. The only difference in the two options was the wording of Section 5.20.030(d).

Resort Management Group (RMG), property manager for the Mountainside Condominiums Homeowners Association (HOA), had spent the better part of the last year lobbying on behalf of the 120 unit complex to fit within the definition outlined under Option 2 in order to qualify for an exemption. It was noted that, while the complex does have 24/7 onsite management and security, not all 120 units are rented out and managed through RMG. The trustees expressed concern with owners not managed by RMG complying with the newly adopted Code, collecting and submitting appropriate taxes, obtaining proper licensure and were not comfortable granting an exemption that may or may not meet the code’s intent, disallow enforcement and potentially set a precedent.

Noting that Mountainside had not yet submitted tax licenses for the STR units to the town, trustee Becky Johnson suggested, “For the first year, let’s play it pretty straight. Right now they (RMG) haven’t gotten it all in line.”

Trustee Cathy Tindle agreed, saying, “I don’t think there should be any exceptions. It clouds the whole thing.”

When the discussion was opened to public comment, RMG owner Mike Claney told the trustees he had just learned about the tax issue that day in a separate discussion with the town finance director, Sharon Spurlin.

Claney clarified the services RMG provided to all units included managing common areas, parking, trash and noise. “We have been managing Mountainside since 1998. We have proven ways to ensure guests can’t be disturbed. We have to manage that.” He told the trustees the added fees were effectively “double-dipping”, since the homeowners already paid fees to the HOA.

“I would encourage you to make some tweaks, help us think through some of those areas and come back, said Mayor Chavoustie, adding, “We need to get an ordinance in place.”

Claney thanked the trustees for taking their time, slowing the process down. “A lot of the changes are good. Mountainside is a different animal.”

The trustees unanimously approved Option 1 of Ordinance 918. Town attorney Scott Krob confirmed the ordinance would take effect 30 days after the Ordinance is signed.

Finance Director Spurlin pointed out the timing aligns with 2020 sales tax renewals, which are sent out in October. The town’s Short-Term Rental regulations will take effect on January 1, 2020. 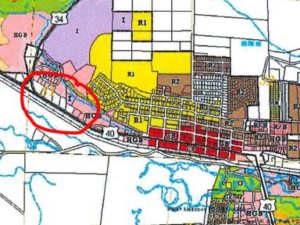 In early June, a local marijuana dispensary approached the town to discuss plans to potentially open a retail dispensary in the new building located on the site of the former Broken Arrow Motel. The land is located in unincorporated Grand County and would go through the county for approval.

When Blair told the trustees about the discussion at the June 11 meeting, several trustees voiced their concerns with having a marijuana operation located on the outskirts of town.

“This runs a cold shiver up my spine – having taught drug education for 38 years,” said trustee Johnson. “I think we should take a stand and write our county commissioners.”

The trustees directed Blair to convey their concern and opposition of the operation to the county.

At Tuesday night’s meeting, Manager Blair said the county had advised them the operation was moving forward with the application process to open the marijuana dispensary at the aforementioned location.

It is clear the trustees are not in support of the operation. They discussed reaching out to the school district, writing a letter of opposition to the Board of County Commissioners and possibly engaging in an Intergovernmental Agreement (IGA) with the county to prevent the business from going in. Since the application is subject to county approval, the town will need to provide the commissioners with compelling evidence to support their opposition of the business. Ultimately, it will be up to the county commissioners to decide whether or not to approve the new operation.