At last Wednesday night’s meeting, Marketing and Economic Development Manager Sarah Wieck brought forth a proposal for ‘Canine Cabins’. Submitted to follow the Fraser Mountain Mural Festival, it involves construction by local contractors of 15-20 doghouses which would be used as canvases for local artists to design and create. Like the Mural Fest, the doghouses would be auctioned off at the end of the exhibit. The exhibit would take place on the future site of the Fraser Center for Creative Arts in FroDo.

The cost for the Town to sponsor the event would be $15,000 and the vendor assured the Town they would handle all aspects of construction, storage, marketing and the auction. In the end, the vendor allocated proceeds from the auction to Grand County Pet Pals.

Trustee Katie Soles asked whether a part of the proceeds could be put toward the Fraser Center for Creative Arts. Town Manager Jeff Durbin said the 501(c)3 is nearly complete and should be ready by the time the exhibit and auction began.

Mayor Philip Vandernail said, “I like this. It’s a great cause, but it needs to tie in to Fraser.”

Trustee Andy Miller suggested naming the event, “Fraser’s in the Doghouse”. Since the name of the event had not yet been registered, there is flexibility in naming the event and the trustees agreed to establish a name more reflective of the Town.

Miller motioned to approve the project, using $15,000 from the Town’s General Fund – Special Events, with a minimum of 50% of auction proceeds going toward the Fraser Valley Arts 501(c)3 and the remaining amount to Pet Pals. The motion passed unanimously. Trustee Ryan Barwick was absent from the meeting.

Assistant Town Manager Michael Brack visited retailers over the next week and his findings were delivered to the trustees at the meeting.

In a memo to the trustees, Brack said, “Currently, the Town of Fraser has no adopted ordinances regarding regulations pertaining to the procurement of tobacco and e-cigarettes. Restrictions can be placed on either e-cigarettes or tobacco products or both.”

Several municipalities have taken action to discourage and prevent tobacco use. Increasing the legal minimum age of sale, requiring retailers to hold a license to sell tobacco, increasing the price of tobacco products, and restricting the sale of flavored products have all been shown to significantly reduce youth initiation and overall public use.

Although there has been a decline in cigarette smoking statewide, there has been a rapid increase in e-cigarette (vaping) use, especially among youth. Colorado currently has the highest rate of vaping teenagers in the nation at 27% which is double the national average. Many e-cigarette users have never even tried cigarettes or view e-cigarettes as a safer alternative. Flavored tobacco is one root cause of the substantial increase in e-cigarette use that makes it more appealing to users with flavors such as watermelon, strawberry and cotton candy.

The current sales tax for the purchase of tobacco products at checkout in Fraser is currently 2.9% for state tax. The Town of Fraser does have the option to replace the Colorado state sales tax of 2.9% by adopting a new tax rate on e-cigarette products and/or a tax per pack of cigarettes. Municipalities like Crested Butte, New Castle, Vail, Summit County, Pitkin County, and Eagle County have adopted a $3-4 tax per pack of cigarettes and a 40% tax in replacement of the 2.9% state sales tax. A proposed Fraser tax on tobacco products would have to be listed on the regular ballot in the upcoming November 2020 election for voter approval. If passed, the new tax would be imposed on January 1, 2020.

There are currently no licensing requirements for retailers to sell tobacco products in Fraser. The Town of Fraser could require a tobacco license for retailers to sell tobacco products in town limits and impose larger fines for illegal sales to customers under the age of 21. If approved, this licensing would be administrated by Town staff. The City of Pines has imposed a tobacco license requirement for tobacco retailers and a 500’ distance restriction to schools, youth-centered facilities, and parks. The cost of a tobacco license is $50 per year.

The City of Glenwood Springs imposed some of the most restrictive tobacco and e-cigarette requirements seen in the state of Colorado that was met with significant local disagreement.

Below is a summary of their adopted tobacco requirements:

In closing, Brack said, “Given the new federal age restrictions, the small number of tobacco and e-cigarette retailers in Town, and administration requirements for a program, Staff recommends not regulating the purchase and/or sale of tobacco or e-cigarette products.”

Fraser Winter Park Police Chief Glen Trainor told the trustees the state’s Department of Revenue comes up several times a year to conduct compliance checks. “They let us know when they’re coming and I might find out someone got a ticket later,” said Trainor, adding, “we don’t have anything to do with it.” Trainor said that, depending on the level of enforcement, his department would struggle to cover added regulation enforcement due to limited resources.

Trustee Miller said, “My thought is generating revenue for public health and education on tobacco and vaping.” Tobacco has health impacts. “Developments pay for themselves. The health impacts are well known. We can’t solve that problem right here in the boardroom.” Miller said he thought generating some money for programs to help people make the right choice to begin with and find resources could benefit the community. However, “If we tax it, it may steer them to the black market,” said Miller.

Mayor Vandernail said, “I think we are pushing them to buy black market or buy in other communities.”

“Staff is recommending not regulating and I would concur,” said Trustee Soles.

Since this was only a discussion, no action was taken on the subject of regulating e-cigarette and vaping products.

Durbin shared that the Economic Development Advisory Committee (EDAC) was supportive of serving as the Fraser Housing Authority. He said all but one member was willing to serve and were also willing to do so without compensation, concurrent with their EDAC meetings, as needed.

The Housing Authority would review applications, look at properties. “Some properties are better than others, generally speaking,” said Durbin, adding, “How much is a deed restriction worth? We’re going to have to work through that. We’ll need some guidelines to start. Staff would negotiate with the property owner in putting the deal together. Ultimately that purchase would come to the board for approval.”

Durbin said it might average $50,000 per unit, but an applicant with multiple units, like a tri-plex or 10-unit apartment complex, could be more.

“We’ve got to consider on a case by case. That’s why they come to us,” said Trustee Miller.

Durbin said he’d spoken with Winter Park Town Manager Keith Riesberg and the town’s attorney, Kendra Carberry, on Monday. Carberry had also worked on the Vail Indeed program, the program Fraser and Winter Park’s programs are modeled after, and offered Durbin several suggestions on the program. The program still needs clarification on qualifying employer and property locations, which will be decided when the packet comes before the board.

Durbin said he would have a packet for the trustees to consider at the March 4th meeting. 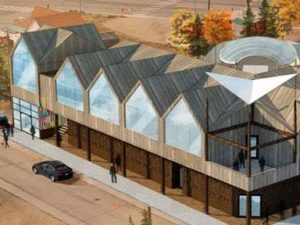 During discussion, Manager Durbin said he wanted to circle back to the 501(c)3 for Fraser Valley Arts. “We have put together all the paperwork to establish the 501(c)3. It is ready to be submitted to the IRS, but, we need to complete it with the initial 3 Board members, we need to name them. The mayor and I have been kicking this around, trying to figure out who those people are – it is important to have the right 3 people. They must be passionate about this and go getters. They’ll have a lot of work to do.” Durbin said some people have been interested but were unable to commit. “It will be ready to go, once we identify those 3.”

While the logical choice might be a member or two of the town’s Public Arts Committee (PAC), Mayor Vandernail was quick to point out, “Whoever they are, they will have to go out and ask for funding. I don’t know that any of the PAC members would be willing to do that – I think they know their limits. It needs to be someone that runs in those circles. The PAC is passionate about creating art.”

Durbin said, “Ideally we’d need a board made up of ⅓ creative types, ⅓ business minded, and ⅓ with access to those that have money and want to make donations. We need all those skill sets, plus a hefty dose of passion. We are right on the cusp of it, so if you know anybody, let me know.”

Fraser Board of Trustees meetings are held the first and third Wednesday of each month at 7 pm and are open to the public. To learn more, visit frasercolorado.com.