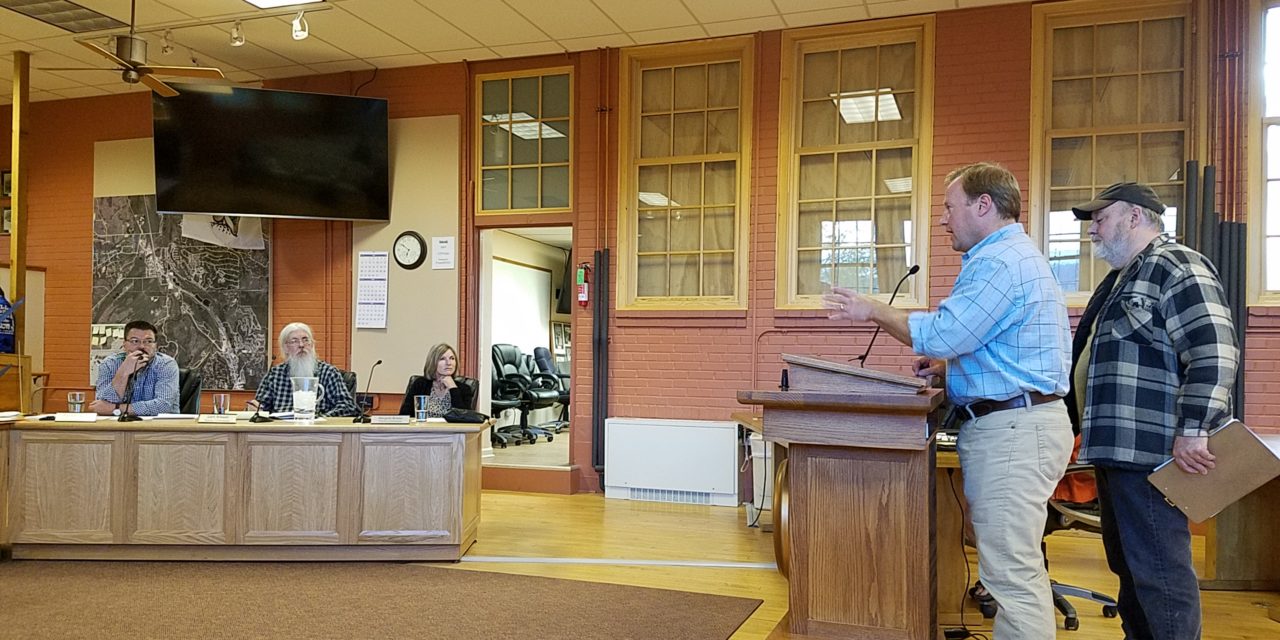 On May 23, the Fraser Planning Commission held Public Hearings for 2 Grand Park developments, Elk Creek Condos and The Meadows. The preliminary plat filings had been submitted prior to the Town’s adoption of the new Land Use and Zoning codes, so the filings will be considered using the old code.

Town Planner, Catherine Trotter, gave an overview of the plats, explaining that the full 1,300 acres of Grand Park had already been “conceptually” approved by the Town and the plats presented had been preliminarily presented during the process. Trotter also told the commissioners that CDOT had requested a traffic study for The Meadows project, since it includes a right in/right out onto US 40.

Grand Park Developer, Clark Lipscomb described the project as a “pretty straight forward plan that complies with the Program Description Document”. He said he’d met with engineers and Town Manager, Jeff Durbin, the previous week to discuss the project and felt it was on track.

During the Public Comment for Elk Creek Condominiums, which will have 84 units built on 9.2 acres, Fraser resident, Steve Sumrall, whose business is adjacent to the property where the Elk Creek Condominiums are planned, questioned how the new development will affect his property. The renderings presented did not include Sumrall’s property with a 35’ easement and he was concerned about protecting his rights and property access. He also stated that he preferred mountable curbs over the type proposed in the renderings.

Sumrall stated that he did not have a problem with the development, but he asked that the Town’s attorney review the declaration to ensure access to his property and add language defining the 35’ easement, outline the property owner’s rights, and mountable curbs be used in the development.

Commissioner Soles stated these seemed to be reasonable requests, since the Town had annexed Sumrall’s property in as commercial use. With no further discussion, the Planning Commission approved the plat, with the condition that staff will discuss Sumrall’s concerns with the Town’s Attorney.

The Meadows at Grand Park will be set on 12 acres, between Old Victory Road, US 40 and Cozen’s Meadow. It will include 21 detached homes and 44 townhome units. Trotter noted that the plat submission differed from what had been presented to the Town in 2015.

No public comment was heard and the commissioners moved on to discuss the project. Lipscomb told the commissioners the project was redesigned because it previously encroached upon the open space they’ve worked hard to develop. He said he does not feel that this project will create much traffic due to the low density. The townhomes will have zero lot lines and three stories meeting the Town’s height requirements. Located next to the berm and adjacent to the meadow, they’ll be taller so residents will still have views.

The Town asked Lipscomb about paving Old Victory Road, which is only paved through The Willows section, leaving about ¾ mile of dirt road. Lipscomb stated that, so far, he’s paid 100% of all development costs, when the annexation agreement with the Towns of Fraser and Winter Park, Winter Park Resort and Grand Park involved levels of funding from each entity. He told the commissioners Grand Park would be happy to pay for a portion of the project, but with little development on the unpaved section, and no financial assistance from the other parties to the annexation agreement, it was not feasible at this time.

The commissioners approved the plat filing, with conditions. Both project’s Final Development Plans will be submitted to the Town in the next month.