At their November 6th meeting, the Fraser Board of Trustees heard from the General Manager of Rocky Mountain Cannabis (RMC). GM Alejandro Perez appeared on behalf of the business to appeal to the board on behalf of owner, Natalie Ricks.

Ricks, of Empire Development, Inc., had submitted a letter to the town with two requests. The first was to extend their hours of operation from 7 pm to 9 pm. Ricks and the staff had collected a number of Fraser resident signatures in support of the hours extension and submitted them with the request.

The second request was for business signage. Currently, their business sign reads, “RMC” instead of the actual business name. Ricks referenced the section of the town’s municipal code pertaining to Advertisements which reads, “Advertisements, signs, displays or other promotional material depicting marijuana uses or symbols shall not be shown or exhibited off the premises. No signage associated with a retail marijuana establishment shall use the word “marijuana,” “cannabis” or any other word or phrase commonly understood to refer to marijuana. No signage may display photographs or other representations of marijuana plants.” 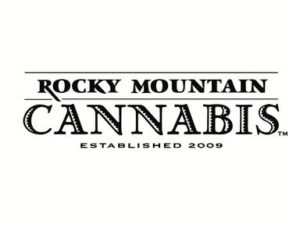 In her letter, Ricks goes on to say, “I do not believe that your intent in writing this section was to prevent a store from using its registered Trade Name. Unfortunately, that is the situation we find ourselves in. We are not interested in displaying any imagery of plants, uses, etc. We are not interested in displaying “cannabis” or another word to refer to it in any general promotional sense either (i.e. window signs). However, my fellow owners and myself are concerned that the use of “RMC” instead of our Trade Name runs the risk of diluting the value of our Brand over time. This is especially true as other Rocky Mountain Cannabis locations open around the state. We would like to change our current signage of RMC to a simple sign displaying the Trade Name in the company’s standard font.” Ricks also included a copy of the business logo for the trustees’ review.

Town Manager Jeff Durbin explained the board could put the hours extension request to a vote at the meeting, but a change in town code would require an amendment.

Trustee Andy Miller requested the ATM light on the premises be dimmed and the flashing discontinued if at all possible. He added that he preferred approving the hours extension on a one year trial basis.

“If we are going to do it for one store, we should do it for all stores,” said Trustee Parnell Quinn.

Mayor Pro-Tem Eileen Waldow motioned to approve the extension to 9 pm without a trial period, and the motion passed 5-2, with trustees Miller and Katie Soles voting against the hours extension.

Amending the sign code will require public notice and review by the Planning Commission. The request for a change in signage was tabled until/if the code is amended.

The trustees held the first of three Public Hearings on the 2020 budget and received no public input at the meeting. The next is scheduled for the meeting on November 20th and the final hearing will be held on December 4th, prior to adoption.

During the budget process, the town had identified challenges to be addressed, revenue sources and funds, baseline and other community services and expenditures that fall under their purview.

Restricted revenues from the 1% voter-approved sales tax for transportation and trails are estimated at $723,050, with expenditures of $710K, including $50K for trails operations, management and capital projects.

Capital Equipment Replacement and Asset funds will see revenues of $1,552,369 and expenditures of $1,415,000, including $1 million for street repairs.

The Town’s Water and Wastewater funds are also projected to end the year with small surplus balances.

The second budget hearing is set for November 20th at the regular Board of Trustees meeting. To learn more, visit frasercolorado.com.