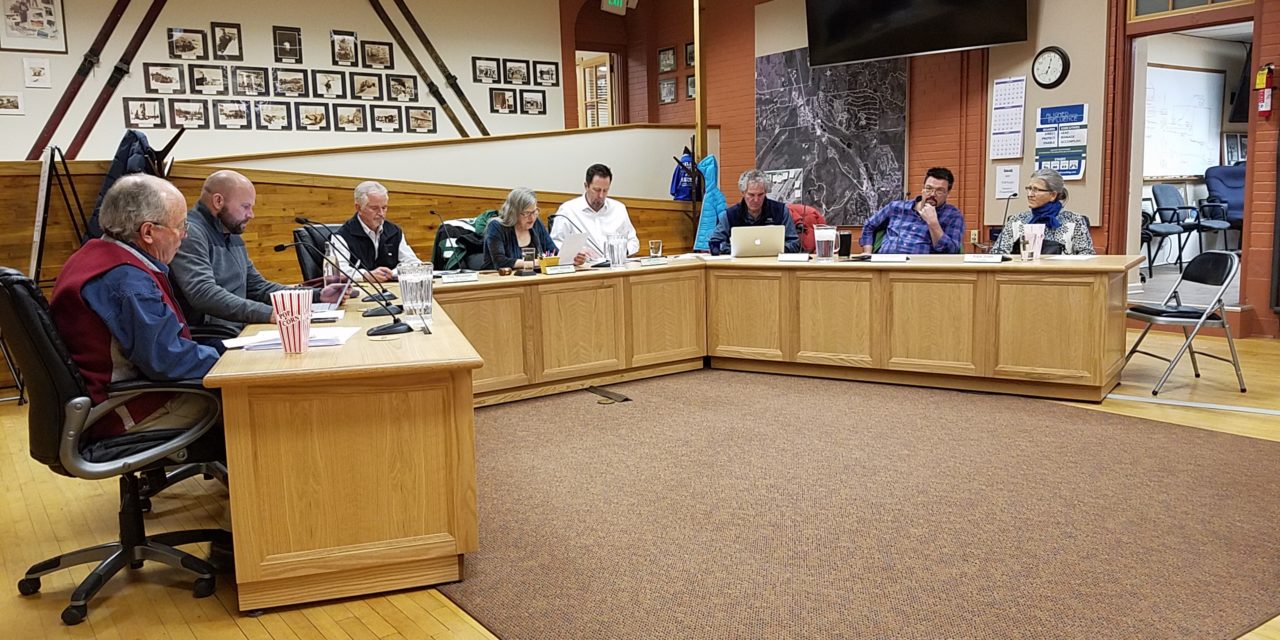 Following an Executive Session, Mayor Pro-tem Eileen Waldow resumed the Fraser Board of Trustees meeting at 7 pm on Wednesday evening.

The trustees next opened the Public Hearing and possible action on a Right of Way (ROW) Vacation of Old King Road and Forest Rail Road, continued from November 28, 2018.

In the January 15 letter to the Mayor and Trustees, Winter Park Town Manager, Keith Riesberg, told them the town of Winter Park joined East Grand Fire Protection District No. 4 in requesting the existing right of way remain until there is a platted replacement connecting King’s Crossing Road to the underpass road on the west side of the railroad tracks. In the letter, Riesberg added that, if a right of way is not secured within the town of Fraser at this time, that the town consider dedication of a right of way for a connection road.

Cornerstone Winter Park Holdings’ President, Clark Lipscomb, asked the trustees to continue the hearing for Forest Rail Road for 60 days to allow time to investigate whether the road is a right of way or an easement. “It was an easement grant for Forest Rail Road and we now own the easement,” said Lipscomb, adding, “There was also report of a dedication to the county, but we have not located an acceptance from the county to know if it’s an easement”. Lipscomb told the trustees the title company is looking at it and he hoped to have the information needed in the next week.

The trustees approved Ordinance 465, vacating Old King Road, and continued the public hearing on Forest Rail Road to the March 20th Board of Trustees meeting.

Upon review of the meeting calendar, the trustees made a few changes, cancelling the June 19 meeting to accommodate attendance at the Colorado Muncipal League (CML) annual conference in Breckenridge, June 19-21 and moved the July meetings to the second and fourth Wednesday to allow for the 4th of July holiday.

The trustees had also created an annual calendar, broken down by month, that outlined board responsibilities and annual (or bi-annual, in the case of elections), recurring duties and tasks.

During discussion, the trustees favored semi-annual updates from town committees (Planning Commission, Economic Development, Public Arts, Housing and Water/Wastewater), either in workshop or as an agenda item, to keep them informed on developments. They targeted the first workshop of the month to address board responsibilities and the second for committee updates, as schedules allow. They also also agreed to keep the document fluid and flexible to accommodate heavier agendas and executive sessions.

How can Fraser help?

In Board Updates, Trustee Parnell Quinn said, “It’s Day 33 of the partial government shutdown. Is there anything we can do as a town to assist federal workers with paying their rent and getting groceries?”. The trustees talked through suggestions of things they can do, which included organizing a fundraiser, offering temporary relief on utility bills, speaking with Safeway on ways to assist, and/or making a donation to the local food bank. Town Planner, Catherine Trotter, told the trustees she would contact Mountain Family Center to determine the current level of need and report back. “We can figure out the need and then we’ll know what we can do”, said Trustee Quinn. Following the discussion, the meeting was adjourned.

To listen to meetings and learn more, visit: frasercolorado.com.