Election results are in, new jail is out 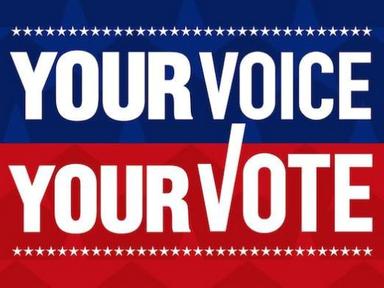 Unofficial results of the 2019 election are in and show a high rate of participation among West Grand residents, even if overall voter turnout was down in a year with only local and state ballot measures.

2018 saw Colorado as having the second highest voter turnout in the country, with 61.9% of registered voters casting a ballot in a very active mid-term election. As an off-year, with neither a presidential vote or congressional votes taking place, 2019 participation was not anticipated to be very high. And indeed, statewide, only 37.33% of eligible Colorado voters seem to have returned their ballot. Grand County voters were more engaged, with 5,722 ballots cast, a 46.77% countywide turnout with an even higher percentage in West Grand. According to Grand County Clerk and Election Official Sara Rosene, the State reported 2,205 active and inactive voters registered in the West Grand School District. And 2,067 ballots had been returned by school district voters, a group that also includes a small number of Summit and Eagle residents.

East Grand County Fire Protection District No. 4 Ballot Issue 6B passed authorizing EGFPD #4 to stabilize revenue by setting the mill levy at a rate that generates adequate tax revenues, adjusted for inflation and local growth, to be used for operating and other expenses. A total of 1,143 YES votes (65.20%) overrode 610 NO votes (34.80%)

The Grand Lake Fire Protection District Ballot Issue 6B passed with a proposed increase in District taxes by imposing a mill levy rate of 3.0 mills and by not more than 3.5 mills annually thereafter, to be used for creation of an emergency medical response program including ambulance service, enhance wildland fire prevention, equipment and personnel. 520 voters (59.36%) said YES; 356 voters (40.64%) said NO thank you.

On a county level, Grand County residents were asked to approve a sales tax increase of 0.2% (or two-tenths of one cent for each dollar spent) to go towards the “construction and equipping of public safety, 911 communications, and detention facilities to address existing security and safety concerns of the residents of Grand County.” Essentially, the tax would have funded a new jail and 911 call center in Hot Sulphur Springs to be constructed near the jail’s current location, adjacent to the Justice Center. The measure was defeated with a wide 64% against and only 36% for support of the proposed $30 million facility.

The outcome leaves many questions, as Grand County Sheriff Brett Schroetlin says, “Regardless of the results, the problem still exists.” He goes on to say, “We’re obviously disappointed by the vote, but now know that we have more work to keep moving ahead. We’ll meet with Commissioners and figure out a different pathway to keep the jail safe and operable until we can identify long term solutions.” Schroetlin said some repairs are needed to eliminate health risks associated with the facility’s plumbing system. “We need to address these problems immediately.” Adding, “I am sure we will work through those issues to find the appropriate solutions and funding to make that happen but these are just band aid measures to an outdated facility.”

County Commissioners seem to be of a similar mind and not looking to drop the issue. “I respect the role of the voters and think this vote sends a strong message,” emphasized Commissioner Kris Manguso. “We will now maybe look to alternatives to the proposed new construction.” And Commission Chair Rich Cimino stated, “When new buildings are absolutely needed, the County will have to pay for those new buildings within existing revenues. The responsible thing to do is to start setting aside money each year to save up for building needs.”  Commissioner Merrit Linke echoed some of Manguso’s thoughts saying, “The voters made it clear and it is important to rethink the facility and our funding options.”

The two Colorado tax measures had much closer results, with a gaming tax proposal nearly too close to call. Proposition DD, which seems to have passed with a 50.78% to 49.22% vote, will legalize sports betting in Colorado. It would also impose a tax on casinos and other gaming establishments. Profits can now be taxed up to $29 million a year, a tax which is dedicated to fund the implementation of Colorado’s Water Plan. The Water Plan addresses the need for developing water storage, building artificial recharge into aquifers, and the restoration of existing reservoirs to full capacity. It allocates money to agricultural projects, conservation, land use and drought planning, and environmental and recreational projects. It further provides for water education, outreach, and innovation efforts — all of which are critical in an era that sees population growth, water demands, and increasingly dry weather place more and more stressors on our water supply. However, even if the rull funds could be raised, it would not even come close to meeting the $100 million annual funding gap faced by the Water Plan implementation.

And finally, Proposition CC, failed with a 42.25% to 54.75% outcome. This statutory measure would have allowed a work-around for Colorado’s TABOR government spending cap and, according to proponents, provide over $300 million a year for the next two years to be allocated to improving public schools, higher education, and roads, bridges and transit. TABOR, or the Taxpayer Bill of Rights, is the only such measure in the nation that requires voter approval for any government spending above and beyond a set formula that is dependent on population growth and inflation, but without allowing for economic growth. Passed in 1992, it requires additional revenue collections, above and beyond the calculated cap, to be returned to taxpayers. While a return has been triggered only nine times in the last 27 years, most recently in 2016, budget projections anticipate large excess in the next two years.

For individual taxpayers, it means a refund of about $38 each in 2020. But advocates for the measure claimed that that collective amount could help to close the funding gap resulting in Colorado ranking 36th overall in highway conditions, according to one national report, ranking 28th for urban areas and 47th for rural areas. They also claimed the funds could help the state’s K-12 schools whose funding is consistently reported as among the lowest in the country, in spite of Colorado consistently placing among the best economies. Various national reports rank the state 42nd in per-student funding and 50th in teacher pay. One state report indicates that “salaries in 95% of the state’s rural districts are below the area cost of living.”

In the end however, “the taxpayers have spoken,” as Manguso puts it. The overall message to government would seem to indicate that taxpayers are expecting government officials to be more responsible with the monies that they have, not that such issues as transportation and schooling are of low priority.