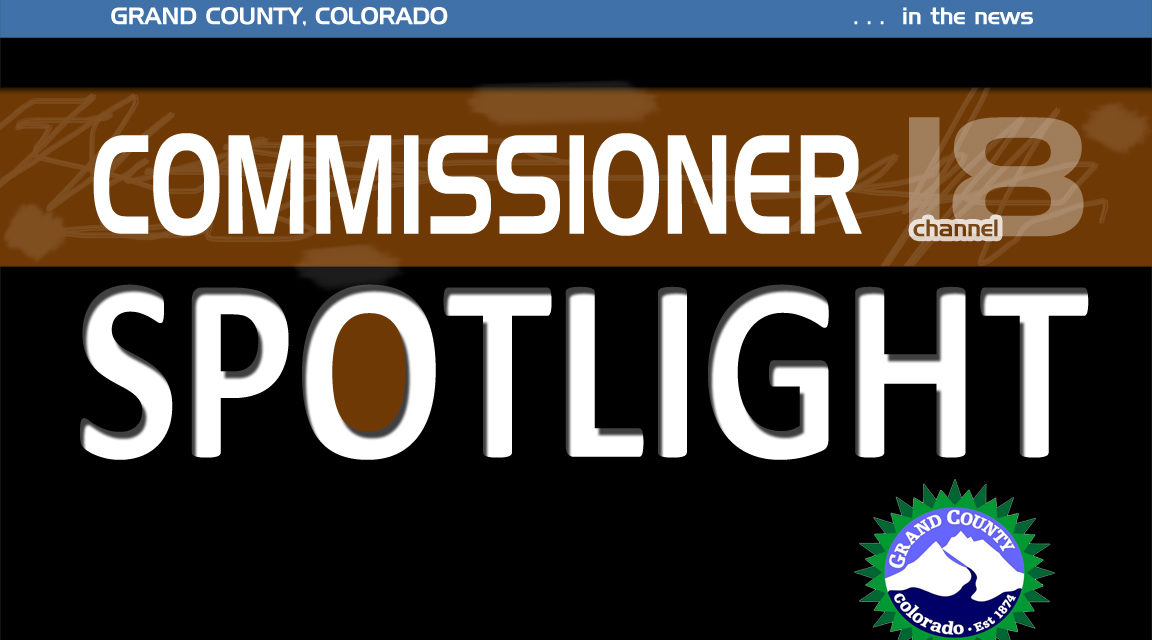 The Grand County Board of County Commissioners (BOCC) appointed Robert (Bob) Franek as the new County Attorney at Tuesday’s regular meeting. Franek will assume full responsibility of the office next Monday, taking over from Alan Hassler, who has been working on an interim basis since the Board did not renew his contract at the beginning of the year. The appointment was a direct hire, with no outside candidate search being undertaken.

Tuesday’s contract negotiations were held in the open meeting where Franek, who has served in the capacity of Assistant County Attorney for 10 years, presented his own contract, outlining a four-year, $130,000 annual agreement, good from February 17, 2018 through January 15, 2022. Certain conditions were discussed, following questions from Commissioner Merrit Linke on such details as payout of accrued vacation time, professional development costs, and residency requirements.

Franek pointed out that he had over 220 vacation hours that should be paid out as he leaves regular employment with the County and moves into the appointed position. There was uncertainty about the regularity of this action and Colleen Reynolds, County Human Resource Specialist, was asked to confirm its historical accuracy. She verified that this was the procedure that has been followed by the County.

Linke expressed concern about the County bearing the full cost of professional development, asking that those costs be split by the County and the County Attorney. He cited a recent example wherein the County had paid for ongoing education for a Community Development employee who then left, and expressed his concern that while “the County Attorney would receive long-term benefits from [ongoing professional development], the County would only receive short-term benefits.” Franek indicated that the County had been paying it in full “for 10 years.” Commissioner Kristen Manguso said she wasn’t worried about Franek leaving. And Commissioner Rich Cimino stated that he wasn’t “ready to change that yet,” while acknowledging that the County may want to look at it in future as, “we still need a policy that protects us.”

A unanimous vote approved both the appointment of Mr. Franek and the discussed contractual agreements.

Later, upon being asked about the Board’s decision to pursue a direct hire, Linke said, “This was the best alternative for the situation. We were looking at six to eight months to have a qualified attorney in place. It made much more sense to place Mr. Franek in that position. We have a zero learning curve with his appointment.”

Cimino also responded, saying, “We value Mr. Franek’s experience with the County, and the direct hire allowed us to fill the role sooner. Also, in regards to negotiations, we were able to secure him at somewhat below the market average. So we were able to save some money and get him on more quickly.”

Linke concluded, “We believe Mr. Franek has the experience, background, knowledge and temperament to provide the best legal service possible for the needs of the BOCC. That all being said, the position of assistant attorney is now open and currently advertised. We look to fill it as soon as possible.”

Franek graduated with a degree in Business Administration from Regis University and received his Juris Doctorate from Creighton University in 1999. He was admitted to the Colorado Bar Association in October of that year. He is also a member of the Northwest Bar Association and previously worked for Grand County’s Department of Social Services. He and wife Deb will celebrate their 30th anniversary in April and have lived in Grand County since 1989, with a brief hiatus for law school. Their two children graduated from Middle Park High School. In his free time, he enjoys fishing, cycling, and the occasional Middle Park Baseball game.

BOARD TO REVISIT REVALUATION ISSUE

Also on Tuesday, the Board heard the request of county resident Peter Ralph for a public meeting with the BOCC and their legal counsel, regarding the County’s 2016 re-assessment of the Henderson Mine and Mill property tax valuation.

In early 2016, Freeport McMoRan, owners of the molybdenum facility, requested that both Grand and Clear Creek Counties reduce the length of the production period on which valuations were made. The ask was for single-year valuations by each county, where Grand used a 5-year period and Clear Creek a 10-year period at the time. While Clear Creek Commissioners denied the request entirely, Grand County Commissioners voted (2-1) to reduce the valuation period to three years.

Ralph addressed the Board in April of that year, following the vote, and vocalized concern that the request fell outside the time frame defined by statute and was therefore made illegally. He further expressed concern that all of the County deliberations had been made in executive session and outside of public oversight. In a perhaps confusing turn of events, Commissioners appeared to reverse the decision to reduce the valuation period but, two days later, had put out a press release stating, “The Grand County Board of County Commissioners have listened carefully, evaluated this [new] information and stands behind their original decision.”

On Tuesday, Ralph again asked that the Board and their legal counsel look again at the decision that he claims has caused significant financial hardship to both the County and other affected special taxing districts. He asked for three actions, that they answer “how a decision of such import could have happened without a public process; that the County Attorney advise as to what legal liability may exist; and that the Board issue a statement of apology, detailing those that may have been harmed by the decision, including citizens, the other taxing districts, and organizations that benefited from County revenue.”

Among those potentially harmed, Ralph claims that a member of the Kremmling Hospital Board estimated their tax losses to be $2.2 million, and that the Grand County Historical Association lost two-thirds of their County funding after the decision. The change in County revenue has not been made clear however. While at the time, County Assessor Tom Weydert estimated that annual taxes from Henderson were about $4.5 million, he recently denied specific knowledge as to how much has been lost.

Weydert did indicate that, while a shortened valuation period could reduce the tax valuation when molybdenum prices were down, there is an opposite impact when the price goes up. Molybdenum, used in the hardening of steel and other industrial uses, has been pretty steady at around $7.25 since last summer. The five-year low was recorded at around $4.20 in July 2015 and the five-year high around $15 in June 2014.

The Board agreed to set another meeting as an agenda item at next week’s regular BOCC meeting. It is scheduled for 1:30 p.m. and is open to the public.