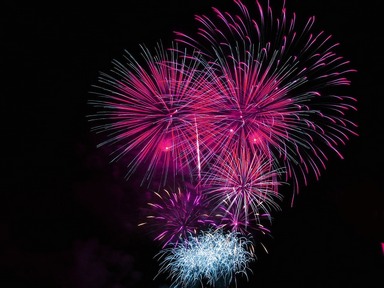 The Constitution Week festival is going to wrap up next Saturday, September 21st with a Street Vendors Party, Live Music, Cold Beer and the Colorado State Championship BBQ Competition sanctioned by the Kansas City Barbeque Society.

The cool crisp rocky mountain air will be filled with the sights, sounds and aroma of sizzling BBQ. Jason “Bigg” McKeel, one of the organizers for the event, said, “This is the Nascar circuit for some of the best BBQ in the world.” Chefs from all over the country are going to make their way to the mountains of Colorado to show off their smoking rigs. Bigg said there should be at least 31 grill master and rotisseur teams competing, with over forty vendors participating in the fair along Main Street. “Don’t know much about the Constitution Week Festival, but the Colorado Mountains are beautiful and there is no better place to hold a BBQ competition,” said Bigg. 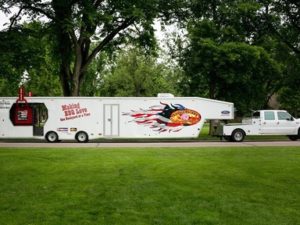 The grillardin’s will be preparing roasted, smoked and braised meats for the enjoyment of the crowd and judges behind the scenes. According to McKeel, “This will be the sizzle of the steak and icing on the cake, wrapping up a week-long celebration.” Bigg said he is looking forward to this event, coining one of his favorite phrases, “I am just a redneck from Nashville. Every weekend you can catch me smoking meat somewhere.”

The event will feature three bands on the main stage. Local Favorite, Peggy Mann will kick off the concert in the park, followed by up and coming country singer, Buckstein and the Heard. Colorado native Buckstein has become famous for his original tune titled, The Grizzly Rose. “An awesome, legendary place right in my own backyard in my hometown. Some of you out there have your own ‘Grizzly Rose’ in your hometown so you know what I’m talking about. I wrote that song after the first week I ever played there. I’ve taken that stage over 100 times since then. We made a video and put it up on Youtube. The video was meant to show the good times that await anybody who may walk through the door. We took a shot. We hope we did it justice.”

Colorado grown, born and raised at 5280, Buckstein said he hears “I don’t like country music but I like you”. He said he gets that a lot. “Randomly.” He can’t really tell you why. Maybe it’s that “no-fear-of-the-edge” mentality that hooks the non-country-lovin’ folk while he manages to maintain a balance of traditional vibes that will remind you of a modern day John Wayne. He’s a 6’4” bass-baritone powerhouse who once hit 200 million television sets worldwide as a contestant on “American Idol.” With each performance, he fights to create something electric, something that grabs you and makes you look up. Maybe that’s it. Maybe that’s why some people don’t like country and yet… they like him.

Headlining the BBQ and Music festival will be the Low Down Drifters, a country folk rock band from Stanwood, WA. They formed around a shared love of songwriting with the goal of fostering and furthering the tradition of country music. The Drifters built up a solid fan base and core group of original songs leading up to the 2016 release of their album Wood & Water which resulted in opportunities to play with artists such as LeAnn Rimes, Parker McCollum, Jason Boland, and the Randy Rogers Band. The past few years have taken the Drifters from writing and playing their original songs for friends to playing at venues and festivals across the Pacific Northwest and beyond. They are currently in post production and working on their next album while continuing to play shows in an ever increasing circuit and creating new fans wherever they go. They will certainly be a highlight of the week long celebration.