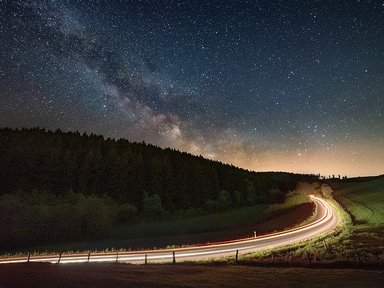 The stretch of US 40, between CR 515 and CR 55, has long been a concern for traffic safety. Last year, following a fatal collision at the top of Red Dirt Hill and another at the turnoff to CR 858, the Board of County Commissioners (BOCC) requested a safety and operations study be conducted by the Colorado Department of Transportation (CDOT) along that stretch of road.

If you have traveled this stretch of road recently, you have probably noticed the addition of large arrows in the right lanes advising east and west bound travelers of an upcoming lane merge. Moyer told the commissioners the arrows were placed as an added safety measure.

CR 88 resident Abby Loberg disagreed on the level of safety. Loberg submitted two emails to the commissioners voicing concern of eastbound traffic moving over too soon and potentially colliding with vehicles turning left onto the county road. Loberg had also contacted CDOT who explained the arrows were an interim measure and that other things would be considered, when funding was secured.

At their meeting on June 23, Assistant County Manager Ed Moyer told the commissioners the results of the study were expected by the end of June. Moyer had received an email from CDOT Traffic Engineer Andi Staley the week prior which stated the initial recommendations recommended a new speed study be completed for the roadway in question.

In the email, Staley said the consultants used an unofficial modeling tool to assess the speed limit and the tool recommended a speed limit of 60 mph. “While not substantially lower than the 65 mph posted, it could add some benefit,” said Staley. Staley went on to say the unit at HQ was willing to conduct a new speed study and would give (at least some) consideration to the results of the unofficial tool used by the consultants. However, due to COVID-19 restrictions, they are not completing field studies at this time. Thus, a backlog of requests was developing and Staley encouraged Moyer to submit a request, if the commissioners and the Town of Granby opted, as soon as possible.

Understanding that a formal traffic study would bind the speed limit at a rate determined by the study results, the commissioners unanimously approved requesting the study. The commissioners requested Moyer contact the Town of Granby to engage in the study as well.