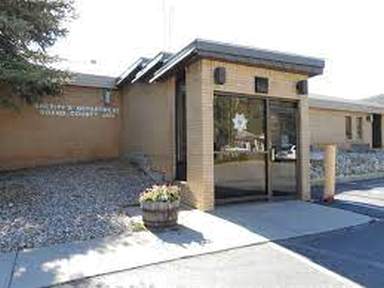 The Grand County Board of County Commissioners (BOCC), the Board approved a request by Sheriff Brett Schroetlin to reallocate $223,530 of his approved personnel budget in hopes of addressing a significant shortfall in staffing.

It was the second time in as many weeks that Schroetlin had made the request of the Commission. The first time, he described a situation in which the Grand County Sheriff’s Office’s (GCSO) “staffing levels are at a critical level,” potentially even putting public safety at risk.

Schroetlin asked for the discretion to utilize a portion of the department’s vacancy savings, then estimated to have been about $1.2 million in 2020, to implement new hiring and retention strategies.

He noted that quality candidates were nearly impossible to attract. They are put through an extensive hiring, background check, and training process before taking up often high-stress responsibilities. Yet, they are only “rewarded” with pay that is not only lower than that for equivalent positions in neighboring communities, like Summit and Clear Creek counties, but is sometimes lower than that offered by local grocery stores or fast food restaurants.

“I ask that we act immediately,” Schroetlin implored, “because this can’t be postponed.”

But Commissioners were caught off-guard by the unprecedented ask and had mixed responses. They asked the Sheriff to return with a more explicit proposal and directed county management and finance to also start exploring “creative” options that might help resolve what is recognized as a countywide dilemma.

On Tuesday, Schroetlin came before them again–this time with a detailed proposal wherein the Grand County Sheriff’s Office (GCSO) would use 20.7% of its recalculated $1,081,167 vacancy savings from 2020 to implement wage adjustments, shift differentials, and cash hiring incentives in order to better compensate dependable employees of long-standing and attract quality new hires.

He described the plan as designed to meet the elected sheriff’s “statutory duty of public safety” and “focus on hiring and retaining quality Sheriff’s Office employees through locally and regionally competitive hiring and retention strategies.”

The presented strategy detailed putting $138,607 towards wage adjustments that would increase starting wages a little over $3.00 more an hour–putting them just above local grocery hiring wages but still below average janitorial wages–and adjusting current staff salaries “to align with the increase of starting salaries and remain competitive with local/regional entities.”

Schroetlin emphasized that wage adjustments would not be received by either the Sheriff, whose salary is statutorily determined, or that of Undersheriff Wayne Schafer who had declined to be included in the calculations.

The Sheriff’s plan further proposed putting $44,923 towards shift differentials, offering $2.00 an hour more for hard-to-fill shifts that fall outside of regular business hours, such as nights, weekends, and holidays.

And it suggested earmarking $35,000 for cash hiring incentives, offering $5,000 to new hires when critical division staff falls below 90%, half to be paid at the successful completion of the given training program and half to be paid after serving Grand County for two years.

Commissioners applauded the Sheriff on his “well thought out proposal.” But they also discussed previously raised concerns about how to maintain consistency and fairness across County departments and the risk of unintended consequences.

The Board invited other department heads to provide input on their own staffing challenges.

They heard both how some departments thought they could benefit from a similar option and how some departments were concerned that the incentives could not solve the problem long-term unless other issues, like affordable and available housing, were addressed and resolved.

In the end, the BOCC not only approved the proposal put forth by the County Sheriff, they opened up the door for other critical departments that may be struggling with hiring and retention to begin examining their own practices in a more creative light.

“This decision was not reached lightly,” commented Commissioner Kristen Manguso outside of the meeting. “However, with the current economic situation, we realized this was necessary to continue providing best services to Grand County.

“I applaud the Sheriff for bringing a solid, creative idea forward that I am optimistic will assist not only his department, but also the few other high-vacancy departments in recruiting and retaining quality employees.”

“What we have been doing isn’t working,” repeated Commission Chair Merrit Linke, the only board member to support the Sheriff upon his first request. “What Mr. Schroetlin proposed is a creative solution that focuses not only on hiring, but on retaining the personnel already here.”

And Commissioner Rich Cimino stated, “I know first hand that the people who serve in Grand County Government are dedicated to the residents and guests of our great community. It’s become clear there are plenty of people who would like to join our team, but either pay or housing or both are obstacles too high to overcome. We need to try new approaches and let each department try new creative ways to help people join our organization. We are starting with the Sheriff’s department.”

In the meeting, Acting County Manager Ed Moyer pointed out that a wage adjustment in the GCSO now would only help to “frontload” the effort just being undertaken by the County to complete a salary survey across all departments in order to determine the most fair and competitive wages for all positions.

Upon request for further comment, new Grand County Communications Director Christine Travis responded, saying, “This is the first of, hopefully, many solutions to help the County hire and retain good employees, which, like many employers in the area, we’ve struggled to do.

“Solutions will vary from department-to-department, but we’re hoping more directors and department heads will approach the Commissioners with plans unique to their own needs, if and when they find themselves in similar staffing shortfalls as the Sheriff’s Office. The goal is to help each department not only fill its open positions with qualified, talented people, but also give our employees–both new and tenured–the financial ability to stay here in Grand County and cultivate a long career with us.”