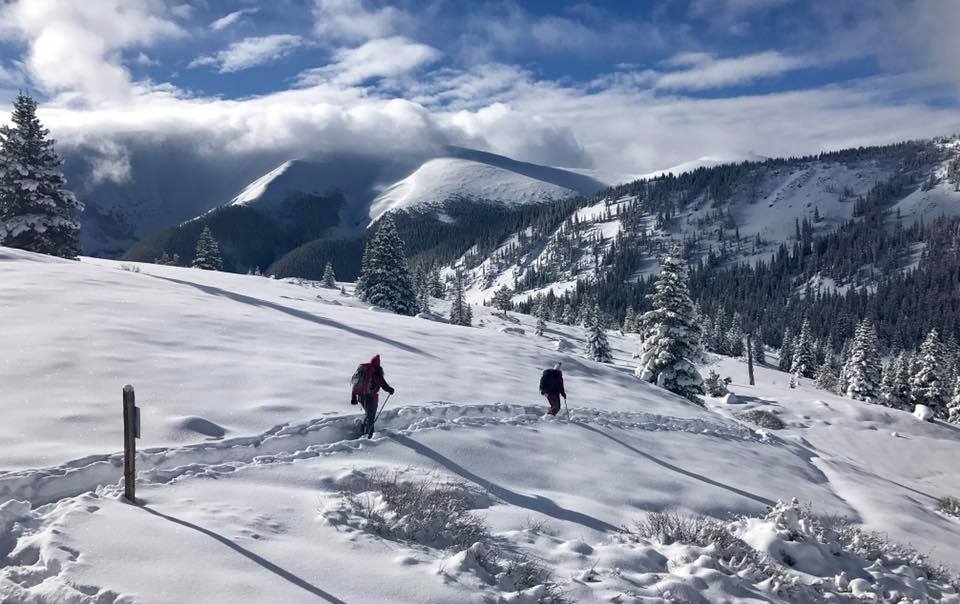 During Budget Rebuttal at Tuesday’s BOCC meeting, the commissioners heard from Headwaters Trails Alliance (HTA). Board president, Roger Hedlund told the commissioners “You’ve heard most of our argument. What makes us a little different is that we have a 22 year history of an IGA with you, the county. It has been deemed a huge asset. We are asking for funding, the bare minimum, and, $62,000 is the ask.”

Executive Director, Meara McQuain, told the commissioners that their total annual operating expense is $120,000. They had initially requested $80,000 from the county, but had just been awarded some funding through the Open Lands, Rivers and Trails Fund, which is how they’d arrived at the $62,000 amount requested.

McQuain stated, “Grand County is listed as a primary funder on our tax forms”, adding, “the town’s are on board, but everything is tied to a task. We can tackle more work, if we can make payroll”. McQuain described the dilemma, saying “We are 90-95% grant funded. Until grants are decided, you have no idea what else is coming. We are looking for non-grant, dedicated funding”.

County Manager, Lee Staab, told the commissioners that operational funds have not yet been approved. Citing that HTA had reduced their request from $80,000 to $62,000 as a result of the 1A funds received earlier, he felt that $40,000 would be more appropriate, since HTA is likely to, again, receive more 1A funds in 2019.

Commissioner Linke proposed putting $50,000 for HTA into the 2019 budget, under Road & Bridge, since trails are a form of transportation. He stated “we will only give them $25,000 initially, until we see how other funding works out, and they can re-appear in six months to request the other half”.

Staab reminded the commissioners of the surplus of $237,000 discussed earlier in the day. The commissioners agreed to pull the initial $25,000 from the General Fund in December and budget the other $25,000 for HTA’s request in June 2019, unanimously approving the one-time funding. HTA was directed to submit a written request to the county.

The commissioners also agreed to look further into whether it makes sense for the county to create a trails maintenance department under road and bridge.