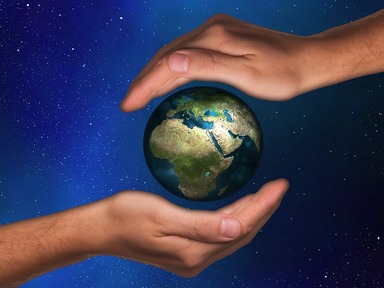 In the last couple of decades, nonprofit funding has become a topic of concern for citizens, local organizations, community leaders and government officials. The Grand County Board of Commissioners has pulled back on the financial reigns, cutting their nonprofit contributions in half since 2015. Down from a high of $450K to $225K in 2018. This change in philosophy has left some nonprofits wondering what the future holds for their organizations.

Grand County’s nonprofit stakeholders and government officials are holding a workshop next week to discuss the philosophical aspects surrounding the future of our local nonprofits as we face new challenges to meet the needs of a growing community.

Grand County has nearly 140 organizations with a nonprofit status and another 40+ service and club organizations vying for a relatively small pool of local funding opportunities.

In the United States, over 1.4 million nonprofit organizations are registered with the IRS with combined contribution to the U.S. economy of $887.3 billion. An estimated 5 percent of the U.S. population, or about 15 million people, are employed in what has been referred to as the third sector, voluntary sector, philanthropic sector, social sector, tax-exempt sector, or the charitable sector.

In general, nonprofits formed for the purpose of serving a public need or mutual benefit, rather than the pursuit or accumulation of owner or investor profit.

Nonprofits can take a variety of forms from informal neighborhood associations, soup kitchens, local churches or traditional charities serving the needs of the underprivileged and needy to art districts, museums, educational foundations and organizations that serve the health and human services sectors.

Though each organization may differ in size and form, nonprofit organizations share common characteristics. Most were founded or established to serve a specific need in the community they serve.

In colonial times, Americans already liked to think of themselves as a “self-governing nation” who did not trust governmental involvement and preferred to address social problems locally. Volunteers formed groups to help people in need or to promote cultural, social or educational causes. Charity was seen as a religious duty and people in need could rely on their neighbors or the community to help them. Churches collected money for the needy while the wealthy founded schools such as Harvard and Yale and cultural centers that provided resources to enhance the community.

To solve the problem of poverty and strengthen civic virtues in citizens, Benjamin Franklin advocated for mutual aid and educational groups. His ideas proved to be popular and played an important role in the historical development of the nonprofit sector. Franklin believed that the problem of poverty should be solved by educational groups that teach people the skills they need to become self-supporting. He was involved with many social issues, advocated for the abolition of slavery, helped create the “first subscription library in the Colonies” and, he started the first volunteer firefighter company in Philadelphia.

Until the 1930s, wealthy individuals and foundations provided most of the revenue for nonprofit organizations. After the Great Depression, the vast number of impoverished citizens made the federal government provide a wider range of social services such as public programs for the unemployed or benefits for the elderly and dependent children (Ott and Dicke 2016). The roles of the public, nonprofit and the for-profit sector were also clarified. By the mid-twentieth century, the growing endowments of private foundations – which are founded by individuals or corporations and not by the government – created a public need for greater regulation of foundations. The Tax Reform Act in 1969 created two new regulations: 1. foundations had to distribute at least 5 percent of their assets yearly (called payout); and, 2. they had to report their income and expenses on the 990 tax form.

The twentieth century saw two more shifts regarding the role of federal government in providing social services. During Lyndon Johnson’s presidency in the 1960s, the “Great Society” legislation created a wide range of support for community projects helping people in need (Ott and Dicke 2016). In the 1980’s, the Reagan administration significantly cut federal support for such services and moved the responsibility to fund these programs to state and local governments. This left nonprofit organizations to compete for a greatly reduced pool of resources. It also led to increased fundraising efforts and a growing public demand for accountability regarding nonprofit finances and operations.

In 1996, Jerry Groswold, then CEO of Winter Park Resort, came up with the idea of creating a community foundation. With the amount of nonprofits that were located in Grand County, Groswold realized businesses could not financially support all of them. His vision, “If we could create a foundation that would have transferable passes to sell to the general public, then the proceeds could be given out as grants”. The Foundation started with the sale of the transferable ski and golf passes, which were first made available through donations from the four Founding Partners of the organization; Winter Park Resort, Granby Ranch, YMCA of the Rockies/Snow Mountain Ranch and the Fraser Valley Metropolitan Recreation District. The vision and dedication of these sponsors helped propel the organization into the Grand Foundation of today.

Since the inception, The Grand Foundation mission has remained steadfast, seeking to improve the quality of life in Grand County.

The Grand Foundation is a nonprofit funding organization currently governed by a diverse board, consisting of 17 people from the County.  According to Megan Ledin, Director of the Grand Foundation, “Close to 50% of the Foundation funding goes to health and human service organizations. The rest funds arts & culture, education, amateur sports and environmental groups and individuals”.

“Our overhead is about 9% of donations. We give out 91% of the money and we work hard each year to maintain that level of service”, said Ledin. By comparison, the national average for similar funding organizations is closer to 15% overhead. “We are very proud of what we do.”

The Grand Foundation is ringing in the New Year (2019) hitting a $10 million dollar milestone, awarding 90% of that money in the last 10 years. Grand Foundation has donated to more than 150 qualified organizations and individuals providing essential services and programs throughout the communities of Grand County.

Ledin said, “We have been serving Grand County for 22 years and have given out nearly 1,500 grants.”  In the first 10 years, the Foundation awarded approximately $1 million in grants. “In the last 10 years, we have awarded more than $9 million dollars.”  In 2018, the Grand Foundation gave out $1.6 million to the nonprofit organizations and individuals of Grand County.

With all of this money being awarded, why the workshop to discuss philosophy?

“The community is really starting to grow, and with that growth we are seeing some changing needs of the citizens”, according to Jen Fanning Director of Grand County Rural Health Network.  “The Grand Foundation is a huge part of our community but if we rely on one funding stream, it can be difficult to leverage additional monies. Having a diverse funding portfolio is a crucial part of an organization’s sustainability”, said Fanning.

A comment resonating throughout the nonprofit community for generations is “A nonprofit can provide more services at a reduced rate, compared to a government agency.”  You can leverage money, volunteers and other interests that cannot be duplicated by government programs without significant costs. So how do we fund the needs of 140+ nonprofits competing for a limited pool of local funds?

According to funding experts, an organization with strong community support and multiple funding outlets can leverage more money and provide more services. The question in everyone’s mind is what is the best course of action as we work through our growing pains and philosophical differences?

Rich Cimino, Chair of the Board of County Commissioners agreed with Fanning’s comment, saying, “Some of the nonprofits need to go away. We have a robust human services department and we want to identify the needs of the citizens and the holes that are out there”. Cimino added, “Maybe some of the services can be absorbed or combined to become more efficient”.

Ledin pointed out, “The work the Mountain Family Center has done in the last year has allowed them to streamline resources and make a bigger impact through collaboration and consolidation. It is tremendous!”. It’s obvious when you collaborate you can get more done for less. Ledin added, “As a funder, we can look at that model and clearly see a family resource center serving a specific sector, coming together under one roof with multiple organizations. That is a step in the right direction”.

Next week’s stakeholder workshop is meant to start a conversation and dialogue for the future.  Ledin said, “We want organizations to find ways to make a collective impact. It is time to move the needle for a better community for a better life”, adding, “we want to start the conversation that will be a path that is good for the county, the foundations and the nonprofits serving our community”. The workshop is a starting point.