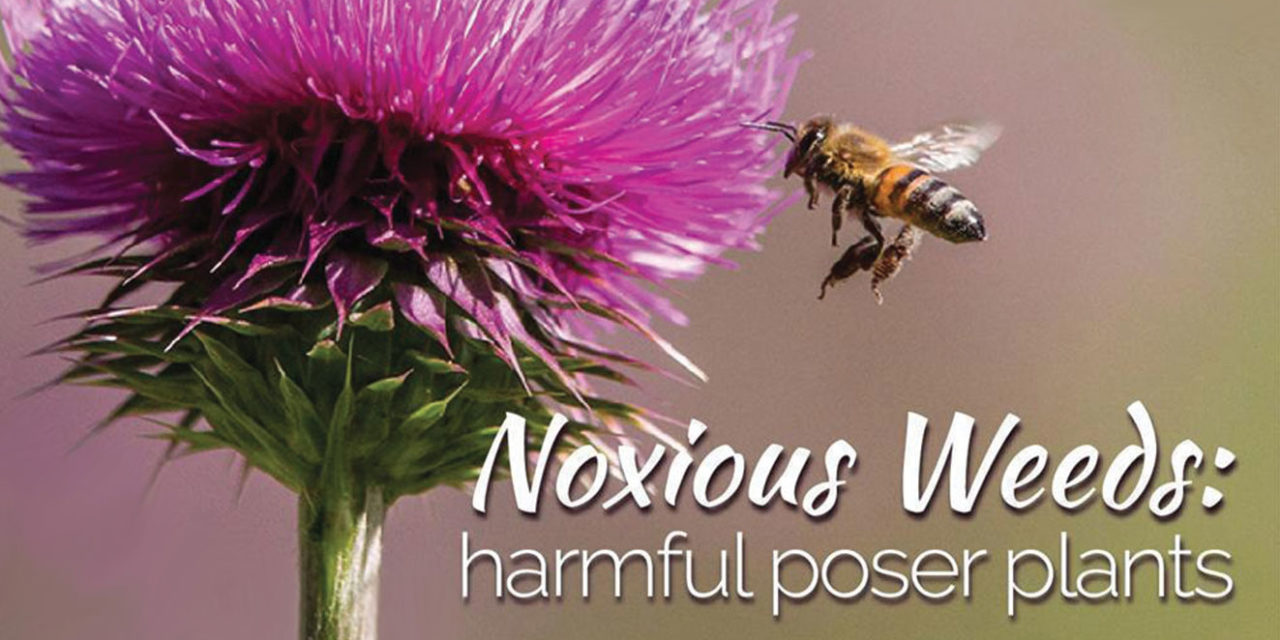 There are no weeds on a county road!

On Thursday, August 3, the eastern Grand community came together in support of a neighbor who’d been diligently pulling weeds throughout the summer to avoid the inevitable pass of the Grand County weed killer spray truck. On the day it arrived, the driver of the truck inadvertently left the sprayer on while driving and dumped puddles of weed killer on a road frequently utilized by neighbors walking with their dogs and families. The driver of the truck apologized, but offered no immediate resolution.

A posting on social media was all it took for the community to rally!  First, Grand County Road & Bridge was contacted.  Employee Chris Baer assured the caller that the chemical utilized was nontoxic, with the worst effects being the blue-green residue that is easily picked up when walked on and tracked elsewhere. Without hesitation, he agreed to ‘round up’ a skid steer, bring it to the site, and, do what he could to remove the chemical from the roadway.

But, it didn’t stop there! Concerned citizens also contacted the Assistant County Manager, Ed Moyer, and, County Commissioner, Richard Cimino.  Within a few hours, the county arrived with a dump truck to remove the affected dirt, ensuring the road was once again safe to travel on. 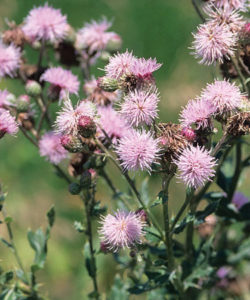 In a follow-up conversation with Amy Sidener, who oversees Grand County’s Noxious Weed Program, and, also happened to be driving the spray truck that day, she reiterated how sorry she was for leaving the sprayer on.  She said that she and her department take great pride in what they do, including annual training and continuing education to maintain licensure by the State of Colorado, and, they have not had an accident like this in years.

Grand County began fighting noxious weeds in 1999, and, the program is governed by Federal law. This season, they have 2 full-time and 3 seasonal employees out spraying daily in what she referred to as a “banner year” for noxious weeds. Weather permitting, they typically start in May and end around mid-October, covering 852 lane miles of county roads and 362 lane miles of state highway. They spray approximately 400 acres of maintained roads and right of ways and survey thousands of acres each season. 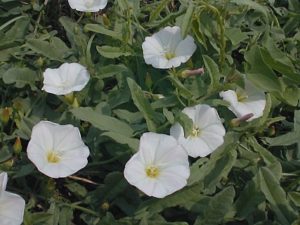 Amy estimated that the county budgets approximately $120,000 per year to combat noxious weeds, with CDOT subsidizing about 60% of the cost.

Noxious weeds are aggressive plants that are not native to our area. Most have come from Europe or Asia, either accidentally, or, as ornamentals that have escaped, and, some have also been left, innocently enough, by visitors to the area. These plants have an advantage, because the insects, diseases, and animals that would normally control them are not found here. These plants have developed specialized mechanisms to survive, and, they are able to spread at an alarming rate. Their presense poses a threat to wildlife and their habitats by pushing in to native areas and pushing out the native plants. In some states, like North Dakota, Idaho and Montana, there are areas so severely impacted by noxious weeds that those on horseback must pack along their own feed to prevent further spread of the invasive species.

Because of these factors, they have been declared by state, local, and federal governments to be undesirable, and their control, containment, and eradication are required by law.

Amy and her the team “spot spray” the weeds, as opposed to “broadcast” spraying, and, depending upon the weeds they are combatting on a given day, they utilize a mixture of Milestone and Chlorsulfuron 75 herbicides. State Law requires that they record their daily mixture concentrations, the start and finish amounts in the tank, the locations of where they’ve sprayed and even the outside temperature. The products the county utilizes “are responsible and don’t stick around long”. The chemicals used are not “persistent”, and they break down rapidly, which is why they need to spray annually.

Amy also stated that “all products used are approved for use as a weed killer, and, they are not harmful to native plants, wildlife or humans.  There are no grazing restrictions for either of the products.”  She also said that, “while we’d prefer not to have to spray as much, as long as homeowners continue to allow the weeds to grow, we’ll have to continue spraying in residential areas.  Handpulling weeds is not an option.”

While there is always concern with the impact various weed killing chemicals have on our local produce, waterways and treasured bee population, residents are encouraged to remove weeds from the roadside of their property, thus eliminating the need to spray.  Prevention goes a long way in reducing the need, especially in residential areas.

To find out more about the Grand County Noxious Weed Program, visit: http://www.co.grand.co.us/140/Noxious-Weeds