New Horizons: The Value of Diversity 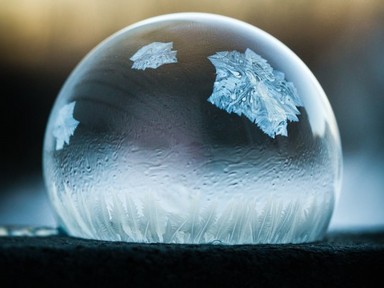 Diversity has many different meanings in different contexts, but the main definition is the condition of having or being composed of differing elements: variety (Merriam-webster.com).  There are so many current issues around this word today.

Diversity can be applied to personal health by enjoying diverse diets and varied exercise; “everything in moderation” is typical advice.  With personal finance investors are told to diversity their portfolio. Diversity means more variety offering increased health and a lower risk.

In permaculture, the goal is to mimic nature and the principle on diversity teaches the strength of the system is determined by the amount of diversity it has.  Natural systems are always diverse, and permaculture mimics nature. Starting with the microbes in the soil, root systems, ground cover, fungi, flowers and grasses, vines, shrubs, fruit bushes, trees, and canopy species.  This diverse ecosystem offers a shelter, food and home to a diverse array of birds, reptiles, animals and insects. This produces a system that is stronger due to the ability to have some species thrive when others are struggling due to weather, precipitation and temperature changes, and natural disasters. Oceans have the most diverse systems that we are still learning, and natural prairie land has an immense amount of diversity.

When applying this concept to human designed landscapes, it is called a ployculture design, and the diversity is an integral part of the planning process. Monoculture systems are a human construct that was developed for the ease of machines, but not for the health of the environment.  Now vast square miles of soybeans, cotton or corn are spread across the land. This system leaves a lot of vulnerability open as well, because if something happens to the one crop, all is lost. There is no home for other species, largely due to the pesticide chemicals used to illuminate all other life; therefore, illuminating diversity.

We are currently in the Sixth Mass extinction.  50% of animals have been lost since 1970 (TheGuardian.com). Two days ago, The New York Times published, “The total number of West Coast Monarchs was estimated at 4.5 million in the 1980s; that number fell to 28,429 today, below the number required to sustain the species.”  Other mass extinctions were due to volcanic eruptions, large meteor strikes, but this time is it due to humans, putting all life at risk.

Linguistically, about half of the world’s 6,000 languages are about to be lost, leaving a void of human history, and thorough understanding of local environments, cultures and knowledge (National Science Foundation).

The concept of social diversity encompasses acceptance and respect. It means understanding that each individual is unique, and recognizing our differences.  This includes the dimensions of race, ethnicity, gender, sexual orientation, socio-economic status, age, physical abilities, religious beliefs, political beliefs, or other ideologies. It is about moving beyond simple tolerance to embracing and celebrating the rich dimensions of diversity contained within each individual (gladstone.uoregon.edu).

We live in a globalized era, we have access to more information and the greatest ability to travel.  Yet, it seems instead of valuing and seeking out diversity, our society is choosing to fear others and fight against it. The more access to multicultural friends, foods, arts, and experiences, the more the barriers are broken down.  Everyone has different knowledge to share and that broad base of perspectives is essential to innovation and empathy for others.

The United States is blessed with being the mixed salad of cultures and communities.  There are representatives of almost every culture around the world in this vast nation.  While this can cause times of misunderstanding and miscommunication, this country grew to be a powerhouse of ingenuity because of the immigration of a very diverse, multi-generational population.

Valuing diverse populations, languages, species and environments benefits everything else collectively.  The bottom line is that we are stronger together, environmentally, socially, and economically.