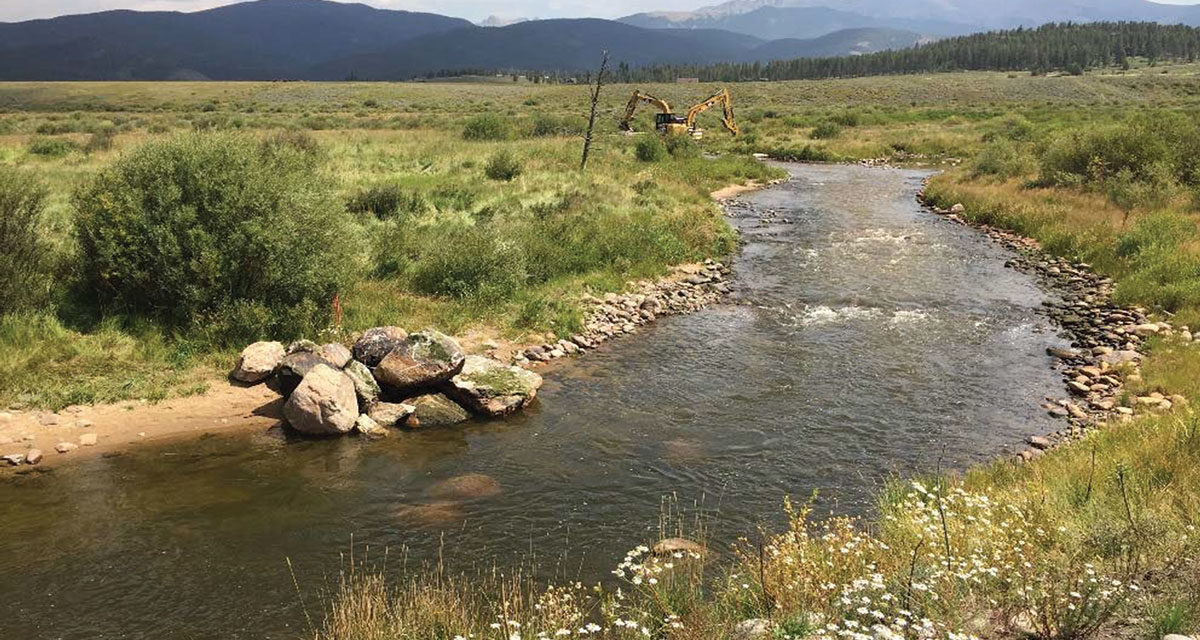 There’s only one more chapter left for me to read in the new book Endurance, A Year In Space, A Lifetime of Discovery by astronaut Scott Kelly. On one of his last days on the International Space Station before returning to earth, Kelly spent many hours repairing one of the toilets on the Space Station. It was a crappy (sorry for the wordplay) way to spend some of his last hours in space, but incredibly important.

Similarly, toilets are one important part of the discussion of the Fraser River Corridor Master Plan. Composting toilets certainly can’t handle the amount of “business” they’d receive. Pumping porta-johns is a significant on going expense. Plumbing and running electricity to a “real” bathroom is expensive, too and it needs heat if it’s to function year-around. Where to locate toilets and their ultimate design will be influenced by cost, accessibility and the overall plan that is ultimately chosen.

Toilets aren’t the only proposed improvement in the Fraser River Corridor Master Plan. Before getting into the proposals, the location of the Corridor itself should be clarified. The portion of the Fraser River Corridor under discussion essentially runs south from the Safeway shopping plaza in Fraser to Rendezvous at the edge of Winter Park. It includes the area around the Lions Club Ponds, the existing Fraser River trail on the east and extends to the west toward Highway 40 behind the fly shop and liquor store. The two ponds near the Highway (the cleaned up Lake Poo Poo and Lake Pee Pee) are included in the Corridor.

Brandon Parsons led the meeting, with support from fellow THK Associates team members Ellie Garza and Kevin Shanks. THK has been hired to gather public input and lead the Fraser River Corridor project by the town of Fraser. The final plan will be approved by Fraser in the spring of 2018.

Much preliminary research has been done and a great deal of community input has already gone into the proposals. Parsons presented three very different proposals. All significant development in all proposals is focused on the area around the Lions Ponds near Safeway, which has already been disturbed. About 95% of the 120 acre parcel will see little change and remain largely natural in all three proposals.

Most of the roughly two mile stretch of river will remain largely unchanged, with only a path, interpretative signs picnic tables, trash cans and better defined river access points for fishing and enjoying the river directly.

The three proposals are flexible, meaning that individual elements of each proposal may be left out or added to another plan. The final decision might be to adopt Proposal A- or C+, meaning proposal A with some items excluded, or proposals B or C with some additions. Some modifications to the entrance from Highway 40, including an entrance sign and modest additions to parking are being considered for all proposals.

An additional pedestrian-only path on the west side of the corridor and additional bridges over the Fraser will offer more walking loops in all plans. All plans also include additional bathrooms, doggie bag availability near trash cans (please stop leaving those bags for the Poop Fairy to remove from the trail), more plantings to provide shade, screening from wind and noise and to generally make the area around the Lions Ponds more inviting. Expanded handicap accessibility is also part of all plans.

Of the three approaches, Proposal A, Year Round Activation, suggests the most development, all of which is near the Lions Ponds. It includes bike skills parks for kids and adults, a grassy amphitheater for concerts, a year-round pavilion, natural play areas for kids, picnic and gathering areas and more.

Proposal B, Education and Exploration, scales back the bike parks, only retaining a modest area for kids.  B also reduces the size of the amphitheater and eliminates the year-round pavilion along with some other deletions from proposal A.

Proposal C, Natural, is a minimalist approach. C focuses on restoring the soil, plants, trees, a meadow and a natural play area. In general, it creates a more natural environment.

One element which was popular in write in comments was a dog park. Unfortunately, that idea simply isn’t practical in this area. Much of the Corridor is in the floodplain and the the problem of dog waste is a critical concern. Just as the proposed gas station at Safeway was rejected because of its environmental risk, this too was rejected. Lisa Jonas, from Pet Pals, agreed that this was not the right spot for a dog park. What about moving the dog park to the current bike park location?

Discussion at both the Stakeholder and Public meetings was spirited and overwhelmingly positive, with lots of insightful input. Do we need another bike skills park when we already have one at the ball fields in Fraser? Scott Ledin from the Rec District said closing the existing bike park and maintaining the proposed one by the Rec District may be possible. Kirk Klancke from Trout Unlimited expressed concern over watering dirt in the bike park while we’re asking Denver Water customers to stop watering their lawns to help “Save The Fraser.”

Whatever path is finally chosen, most of the money for any of the proposed enhancements will come from GoCo and other grants. This particular project is in Fraser, but ultimately the goal is to turn portions of the Fraser River corridor from the Winter Park Resort to its confluence with the Colorado near Granby into an inviting nature and human-friendly zone.

The December 12 meetings were not designed to inform us what had been decided, but rather to find out what our priorities for the Fraser River Corridor really are and how we can best achieve those goals. I applaud the town of Fraser for their efforts!